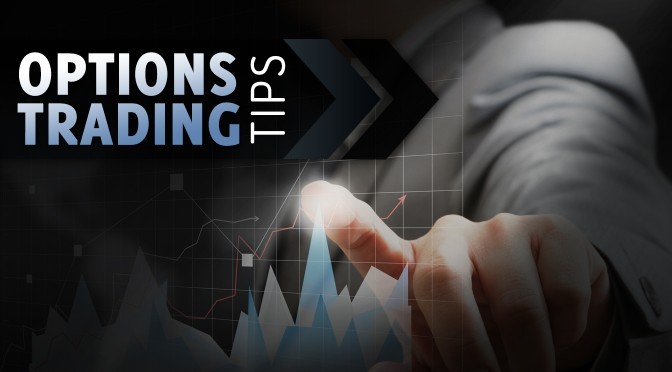 One of the biggest problems that an option trader faces is assessing whether an option is worth buying/selling. This is especially true when the implied volatility in a name is very high. For example, when the weekly straddle on the SPY costs $5 on a Monday (like it was today), if you wanted to play the SPY for a directional bet, you must be wondering whether it is a worthwhile play. In times like these a trader must consider trading spreads instead of just trading outright calls and puts.

Lets look at an example of how a spread would be beneficial when trading SPY when the IV is high.

One Possible Scenario: It is Monday morning and you think the SPY has the potential to drop 1% throughout the day. You opt for buying the ATM put and pay around $2-$2.50. With the delta of -$.50, a 1% drop on SPY ($2) would yield a 50% gain. Not bad, however, the risk/reward is not favorable on this trade. The reason is that if you were wrong, and the market rallied 1%, the put would easily be down 60-70%. Why is that? Because the IV dropped as the SPY rallied. The Vega currently on the SPY ATM put is $.10. If you were to assume that a 1% rally in SPY equates to a 1-2% drop in IV, you are looking at an extra 5-10%+ in losses. In conclusion by buying the outright put you have a risk reward of 0.80/1.0, which is not favorable.

What if you were to have bought/sold a spread instead?

There is a problem with trading spreads though, that problem is that they tend to move much more slowly. Therefore, trading spreads is not advisable (in my opinion) when you are trying to flip a stock intra-day. The profit will most likely be smaller then if you had flipped a call or put for a few minutes/hours. It is also important to note that trading spreads has a defined risk/reward, which is especially good for risk management.

Another time when traders have to wonder whether to buy outright calls/puts or trade spreads is when they trade earning reports. When trading earning reports, especially on very popular names, the cost of options are usually very expensive. For example, last week when AAPL reported earnings, the ATM straddle was going for over $7. If you had played for a directional move, and had bought the ATM call, you would have barely eked out a double. However, if you had bought the ATM call spread, you would have easily had a double, possible more if you had a bought a spread a few dollars OTM.

Many times when I trade options I always imagine the ‘dream’ scenario. What do I mean by this? For example, if lets say I was long a call for an earning report, I would imagine the stock having an incredible move (even though it was a pure guess what it will do). What this does many times is it makes me too aggressive, in which I buy a call with the goal of making 1000% instead of realizing that there are better options (pun intended) out there. For example, buying a call spread with a target of a 200% gain. The likelihood is that over time I will be more profitable as I will end up being correct more times.

Side Note: My thoughts on Lotto Trades

One mistake that I notice a lot is that people tend to do ‘lottos’ just for the sake of dreaming big. The problem is, those ‘lotto’ losses add up. But even more importantly is the psychological damage that it causes. That may sound extreme, but I know for me at least, if I had 3-4 losses in a day (even if they were very small) it many times makes me a worse trader for the coming days, as my mind is not clear.

I rarely put on lotto trades, and when I do it is because it is because I think the IV is about to skyrocket or I think that the option market is really underpricing a potential move. I know for a fact that if I had never in my entire trading history traded lottos I would be much better off. Everyone’s trading style is different. I have a hard time holding onto 100,200,300, etc. % gains, so for me, trading lottos is usually a fool’s game. However, if you are someone that has the stomach to hold onto a 500% gain to target a 2000% gain, good for you.

As I mature as a trader, I continue to try to be more conservative, and find better ways to attack markets. I still make the mistakes I mentioned above, but I find that by adding spreads and butterflies to my repertoire, I have become a more successful trader, as I have had more consistent profits.

To learn more about trading spreads, please check out these links: