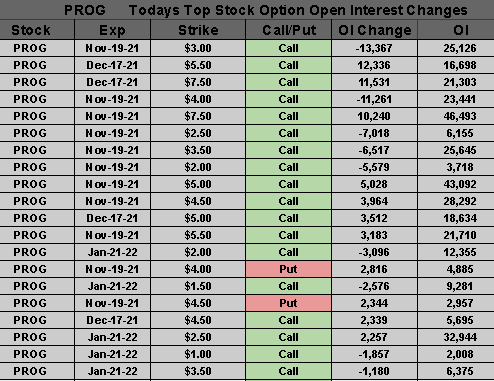 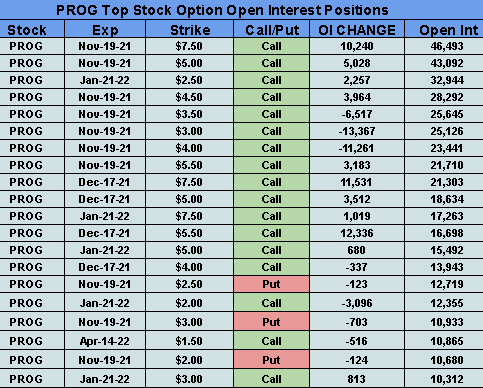 Boogity, boogity, boogity... An electric car rally has taken hold of the market over the last week and the sector is showing little signs of slowing down. Traders are screaming future, especially after the COP26, though others (that likely missed out on the rally) are saying the fundamentals don't match up and FOMO forces are at play. The U.S. infrastructure package is another reason for an EV party, with $12B dedicated to accelerating the use of electric vehicles, as well as potential EV tax credits on the way in the upcoming Build Back Better bill.

Stats: Just days after going public, Rivian Automotive's (RIVN) market capitalization zoomed past that of Volkswagen (OTCPK:VWAGY), which is the second-largest automaker in the world by volume. Putting it in perspective, VW manufactured 9.3M vehicles last year, compared to the 150 electric trucks produced by Rivian. Rival Lucid Motors' (LCID) market value also closed in on GM's (GM) and topped Ford's (F) on Tuesday, underscoring investors' appetite for EV makers and the hunt for the next Tesla (TSLA).

"There’s still plenty of buying interest because I still think ultimately investors are viewing this as a phase and viewing pullbacks as an opportunity," said Craig Erlam, senior market economist at OANDA. "If you ask me where the share price is going to be six months from now, 12 months from now? I'd say it’s more likely to be 20% higher than 20% lower."

Day in the sun: Sono Group (SEV) is due to start trading this morning, with an IPO that is attracting attention. The German solar-powered car startup, which priced shares at $15, is seeking a valuation of more than $1B and also checks the box of being pre-revenue. Sono already has 16K reservations for its Sion solar electric vehicle, which it believes will be the next big wave in e-mobility, and hopes to take the solar concept to trucks, trailers and even buses. (71 comments)

Now that the infrastructure package has passed Congress, attention is turning to priorities like the budget bill and debt ceiling. Treasury Secretary Janet Yellen is warning that the Treasury could be left with insufficient resources to keep financing the government beyond Dec. 15, while a shutdown could come as soon as Dec. 3. Democrats are also aiming to approve a $1.75T spending measure to expand the social safety net and deal with threats posed by climate change.

How did we get here? Congress approved an extension of the nation's debt limit in October, and since then, the Treasury has been using so-called extraordinary measures to help fund the government. However, the new infrastructure bill will demand fresh payment obligations from the Treasury, requiring it to transfer $118B to the Highway Trust Fund within one month of the law's enactment, which would be on Dec. 15. That's still two weeks later than initial estimates, given more up-to-date projections of federal spending and revenues.

"To ensure the full faith and credit of the United States, it is critical that Congress raise or suspend the debt limit as soon as possible," Yellen wrote to Congressional leaders. She has also called for a bipartisan vote to address the ceiling, but suggested in recent weeks that Democrats - if they need to - should consider raising the limit on their own through reconciliation.

Alarm bells: U.S. sovereign debt is generally considered to be the safest and most liquid to own in the world, and all kinds of financial market instruments and processes have been pegged to the nearly $21T Treasury market. If that were to be disrupted, U.S. credibility could be damaged throughout the world and prompt some catastrophic effects. Yellen has previously warned that a default would "likely precipitate a historic financial crisis that would compound the damage of the continuing public health emergency, as well as triggering a spike in interest rates, a steep drop in stock prices and other financial turmoil." (2 comments)

Reports suggest that the FDA is poised to approve booster doses of Pfizer-BioNTech's (PFE, BNTX) COVID-19 vaccine for all adults as early as tomorrow, while the CDC's Advisory Committee on Immunization Practices has scheduled a meeting on Friday to discuss the booster as well. It was only a week ago that Pfizer asked the FDA to allow third shots for all individuals aged 18 years and older, with data showing that vaccine effectiveness wanes over time and following the rise of Delta variant.

Bigger picture: Some cities and states, like California, Colorado, and New York City, have gotten ahead of the FDA, making boosters available to all adults. As coronavirus cases surge in Minnesota, the state is also ready to allow adults to get booster shots by the end of the week if the federal government doesn't approve them first. According to the CDC, only 15.7% of the total U.S. population have received a booster, including 36% of Americans 65 and older.

"I believe it's extremely important for people to get boosters, and I am hoping very soon we will see a situation where there won't be any confusion about who should and should not get boosters," White House chief medical advisor Dr. Anthony Fauci declared. "In my opinion boosters are ultimately going to become a part of the standard regimen and not just a bonus."

Go deeper: Yesterday, Pfizer submitted FDA application for emergency approval of its COVID-19 treatment pill, which could help reduce the strain that has been put on hospital systems. In clinical trials, people at increased risk of developing severe COVID were given the pill, along with a common HIV drug, which reduced hospitalization and death by 89% when taken within three days of the onset of symptoms. The Biden administration is set to unveil plans this week to procure 10M courses of the pill, named PAXLOVID, which is priced at approximately $500 per treatment. (17 comments)

As working from home becomes part of the future, and not just a passing trend, countries are passing new labor laws to adapt to the development. The shift away from the office started in the years prior to the pandemic, but COVID-19 seems to have cemented those arrangements into place. According to a survey by Owl Labs and Global Workplace Analytics, 1 in 4 workers would even quit their job if they could no longer work remotely after the pandemic (an additional 19% were undecided).

Enter Portugal: New rules passed in the country will see companies face fines for contacting workers outside of their normal working hours. Employers will also have to help pay for costs incurred by remote working, such as electricity and internet bills, but can write them off as a business expense. With regards to privacy, firms will also be forbidden from monitoring their employees while they work from home, though many of the laws will not apply to companies with fewer than ten employees.

Going further... Barring a few exceptions, parents of young children will have the right to work from home without having to arrange it in advance with their employers (until their child turns eight years old). Measures to tackle loneliness are also included in the remote working rules, with companies charged with organizing face-to-face meetings at least every two months. "Telework can be a game changer if we profit from the advantages and reduce the disadvantages," said Portugal's Minister of Labor Ana Mendes Godinho, adding that the new environment could attract foreign remote workers and digital nomads.

Could it happen in America? Portugal isn't the only country modernizing its labor laws, with France, Spain, Belgium, Italy, India and Argentina all implementing work requirements like the "right to disconnect." However, the U.S. has historically put a focus on productivity, profits and the bottom line above everything else, according to Julie Kashen of The Century Foundation, and "I just don't see it as a frontier right now." For example, paid family and medical leave has struggled to get through Congress for decades, and was most recently removed from President Biden's American Families Plan, as Democrats tried to pare costs of the $1.75T social spending package due to opposition from Sen. Joe Manchin and Kyrsten Sinema (former President Donald Trump also sought a paid leave proposal in his budget). (55 comments)

Home Depot (HD) rises as customers up their spending habits.