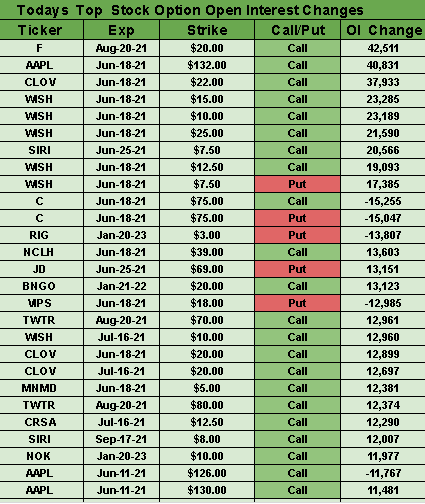 It could be one of the last major bipartisan bills of 2021, but the Senate got it over the line. Late Tuesday, the chamber approved the U.S. Innovation and Competition Act, a $250B package aimed at challenging China's technological ambitions. While the bill passed 68-32 in the Senate, it still needs approval in the House, which has been weighing some different approaches but is likely to see wide support. The measure is one of the biggest government interventions in industrial policy in decades, which trounced traditional party differences over economic policy.

What's in the bill? About $190B would be directed at U.S. technology and research to better compete globally, including money for cutting-edge science and artificial intelligence via the National Science Foundation. Another $54B would increase U.S. production and research into semiconductors and telecom equipment, as well as design and manufacturing initiatives. The Commerce Department will also get $10B in funding to designate regional technology hubs for R&D and will be able to match financial incentives offered by states and local governments to chipmakers who expand or construct new factories.

According to some estimates, federal R&D spending in recent years has totaled less than 1% of U.S. GDP, as well as less than 3% of total government spending, the lowest level since the space race in the 1960s. With regards to semiconductor manufacturing, it's been even worse. The Semiconductor Industry Association says the U.S. share of global chip-making capacity has tumbled from 37% in 1990 to 12% at the present. "We are in a competition to win the 21st century and the starting gun has gone off. We cannot risk falling behind," President Biden declared, while Commerce Secretary Gina Raimondo said the funding could result in seven to 10 new U.S. semiconductor plants.

Response from China: While Beijing has long-embraced a top-down approach to investing in favored sectors, it expressed "strong indignation and resolute opposition" to the U.S. bill, which showed "paranoid delusion of wanting to be the only winner." The measure also banned downloads of Chinese-owned TikTok (BDNCE) on all government devices (not only military and Homeland Security phones) and will block purchases of drones manufactured and sold by companies backed by the Chinese government. It further expanded mandatory sanctions on Chinese entities engaged in American cyberattacks or the theft of intellectual property, while reviewing export controls on items that could be used to support human rights abuses.

Major averages closed near the flatline on Tuesday as stocks remained range bound near record highs. Not much changed overnight, with Dow and S&P 500 futures holding steady and contracts linked to the Nasdaq inching up 0.1%. As mentioned yesterday, some traders are staying on the sidelines before the latest inflation figures on Thursday, to gauge whether higher price pressures are temporary as the economy rebounds from the coronavirus pandemic.

Others have plunged headfirst into the wild world of meme trading. Clover Health (NASDAQ:CLOV) has become the latest target of the WSB/Reddit Army, whose sentiment is rapidly expanding to those looking for some outsized gains. The stock skyrocketed 96% to $22 on Tuesday and is up another 18% in premarket trade. Those looking for some quick cash also jumped into Wendy's (NASDAQ:WEN), which rose another 5% overnight following yesterday's 25% advance. The latter move was notable as Wendy's has relatively low short interest (no squeezes) and is an institutional favorite compared to AMC (NYSE:AMC), BlackBerry (NYSE:BB) and GameStop (NYSE:GME).

Quote: "It's different than 1999. It’s different in 2008. The number of players today and the amount of capital today is massive compared to what we saw back when it was mostly professionals," said online brokerage pioneer and options legend Tom Sosnoff. "What you're seeing is an entire generation become engaged. So instead of waiting until they're 50 or 60 and trying to figure out what the markets are all about, they're doing it when they're 22 or 23. This is a generational move."

Other happenings: President Biden is looking for a new coalition for his infrastructure bill as talks with key Republican senators collapsed. He'll also depart today on his first trip abroad since taking office. The eight-day mission will seek to strengthen trans-Atlantic ties, including a G7 summit and a NATO gathering, as well as visits with Queen Elizabeth and Russia's Vladimir Putin.

Thousands of websites, including Seeking Alpha, went dark for nearly an hour on Tuesday morning, beginning at around 6 a.m. ET. The issue stemmed from a configuration problem at Fastly (NYSE:FSLY), a content delivery network operator that speeds uploading or streaming times for webpages. Content is basically stored across a large number of servers that are located closer to end users, cutting the time it takes for data to reach them via cloud networks.

What happened? "On May 12, we began a software deployment that introduced a bug that could be triggered by a specific customer configuration under specific circumstances," Fastly said in a statement. "Early June 8, a customer pushed a valid configuration change that included the specific circumstances that triggered the bug, which caused 85% of our network to return errors. We detected the disruption within one minute, then identified and isolated the cause, and disabled the configuration. Within 49 minutes, 95% of our network was operating as normal."

Investors were impressed with Fastly's turnaround time to address the problem, sending shares of the company up 11% to $56 on Tuesday, following earlier losses after the outage. "We have been - and will continue to - innovate and invest in fundamental changes to the safety of our underlying platforms," added Nick Rockwell, Senior Vice President of Engineering and Infrastructure. Fastly went public back in 2019, and while the company is still loss-making, revenue has increased at a rapid pace, climbing to $291M in 2020.

Outlook: Numerous companies play a pivotal role across the worldwide Internet infrastructure landscape. There are many layers to the plumbing, ranging from switching - which sends and receives packets of information from destinations all over the world - to software controls at the top of the system. Any one failure in the network can affect millions of people, which has become an area of increasing concern following the recent cyberattacks seen at JBS (OTCQX:JBSAY) and the Colonial Pipeline.

Cue the latest fintech to hit the public markets. Marqeta, the technology platform for card issuers, is slated to begin trading this morning on the Nasdaq under ticker symbol "MQ." Two other payments-related companies - Flywire (NASDAQ:FLYW) and Paymentus (NYSE:PAY) - soared in their IPOs last week, while some other fintech listings are coming up like commission-free brokerage Robinhood (RBNHD).

What does Marqeta do? Most of its business comes from interchange fees - the cost a merchant pays whenever a customer uses a card to make a purchase - as well as offering APIs that let companies build out virtual and physical card programs. Marqeta mostly targets high-growth tech companies as its clients, like Square (NYSE:SQ), Affirm (NASDAQ:AFRM), Uber (NYSE:UBER) and DoorDash (NYSE:DASH). That differentiates it from established players like Global Payments (NYSE:GPN) and Fiserv (NASDAQ:FISV), which cater to banks and traditional credit card companies, as well as emerging providers like Stripe (STRIP) and Adyen (OTCPK:ADYYF).

Go deeper: Marqeta has gained remarkably from the accelerated shift to the digital economy brought on the coronavirus pandemic, with processing volumes reaching $60B in 2020, up from $21.7B in the prior year. The platform even processed $24B last quarter, though much of that business has come from Square, which made up 73% of its net revenue. While Marqeta's agreements with Square's Card and Cash App last until 2024, terms of the future relationship could change, and it could signal a need to diversify. Morningstar analyst Brett Horn sees risk in the customer concentration, but also anticipates opportunities like the "secular trend toward electronic payments, which would act as a tailwind to card payment volumes."

Exchange traded funds and mutual funds are two different investment vehicles that share certain similarities as well as some fundamental differences. While they both have key parallels and disparities, the two have a pretty different outlook as investors look to the future.

Examining first the similarities between ETFs and mutual funds, investors will see that both pool money together into a collection of securities to diversify risk. Furthermore, they each have fund managers who oversee the portfolio to ensure investment objectives are being met. Both can also track a market index, and they have expense ratios where market participants pay a portion of their investment to the issuing fund company.

Regarding differences, there are six essential things to note: How they are transacted, pricing, investment minimums, commissions, tax considerations and what the future holds for both markets.

How are Mutual Funds & ETFs purchased? Mutual Funds are purchased directly from a fund company, while ETFs are bought and sold on a market exchange through a broker just as a stock is transacted.

How are both ETFs and Mutual Funds priced? ETFs fluctuate in price throughout the course of the trading day, just as a stock would. On the other hand, mutual funds are priced once a day at 4:00 PM EST, and the NAV determines the price.

What are the investment minimums for both types of funds? From an exchange traded fund standpoint, there typically is no minimum. The minimum amount would be the trading price of an ETF. Mutual funds can have ranging investment minimums anywhere from $1K-$5K.

How are trading commissions charged from transactions? Mutual fund companies tend to not charge a commission for transacting a mutual fund, while ETFs face commissions that the broker charges, typically a standard stock trade.

What are the tax considerations for both Mutual Funds and exchange traded funds? ETFs usually only face tax implications when an investor sells his or her shares, and mutual funds may face capital gains taxes if cash outflows exceed cash inflows for a mutual fund regardless of whether shares are sold.

What does the future hold for ETFs & Mutual Funds? According to Citigroup, the $21T mutual fund space can consist of predominantly exchange traded funds within the next ten years. Market participants continue to be enticed by ETFs with their tax advantages and notably lower fees. Per Bloomberg Intelligence data, since the end of December and into 2021, ETFs have attracted +$387B of investor money while mutual funds have only seen +$87B. The largest exchange traded fund from an asset under management standpoint is SPDR S&P 500 Trust ETF (NYSEARCA:SPY) with AUM of $367B, while the biggest mutual fund is the Vanguard 500 Index Fund Admiral Shares (VFIAX) with AUM of $739B.

Ohio looks to have Google (NASDAQ:GOOGL) declared a public utility.

Chipotle (NYSE:CMG) lays out the math for the chain's price hikes.

How the wealthiest Americans have avoided income tax - ProPublica.

Robinhood (RBNHD) IPO slips to next month after targeting June.