You would have never prepared yourself for a relentless stock market rally had you listened to those relentless bearish folk on financial media.

Marketwatch loves highlighting these folks, the stock market carnage, according to them, is always just days away,.. if not hours.  The years of Central bank assisted asset price protection have always been numbered.  In 2015 they ran a piece that said a stock market crash in 2016 was 100% coming..  it was guaranteed! 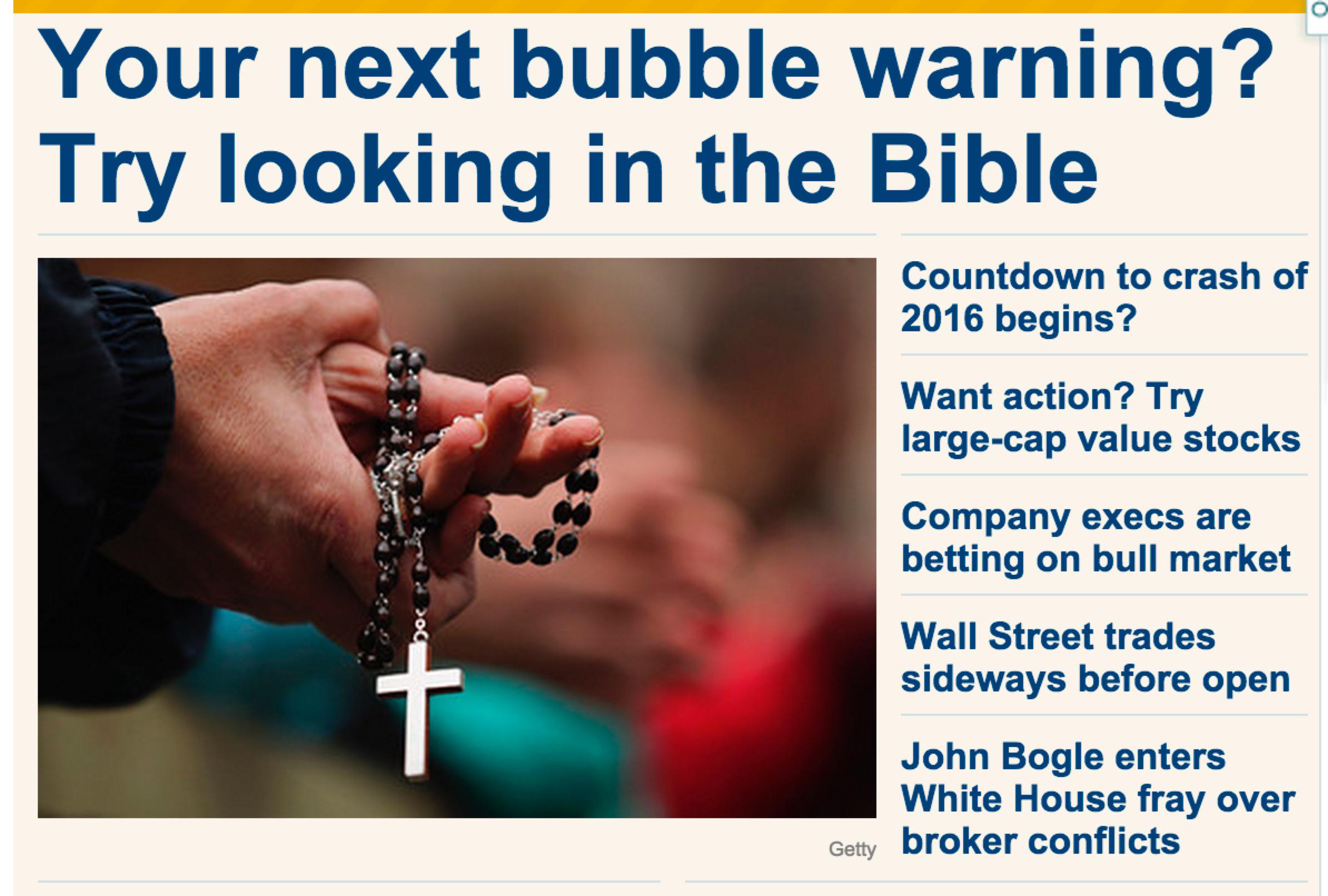 I've long since tried to tune these people out.  But it isn't easy.  You want two sides to the market.  Well thought and informative opinions on both sides of the market.. and yet it seems like the one side... those calling for downside every day.. the Hussman's and the like don't like calling for consolidation or modest downside.  Rather they try and scare people out of the stock market.  And I'm sure they've been successful in doing just that.

One thing is certain.... if you were long the stock market, positioned for higher stock prices... would you be writing articles every day for the last 10+ years on how the stock market is just days away from a sharp move lower?

Context.  Experience.  Why does the media and even twitter fall in love with these chronically wrong stock market pundits?

I imagine it like a car crash.  People slow down when there is an accident on the other side of the highway.  Not to see if they can help.... but to see what kind of calamity they may be able to observe.

These relentlessly negative stock market pundits  crash their cars everyday, and people just cant get enough....  they have to keep looking... even the Marketwatch's of the world.  Nothing sells more than fear and destruction.

It's not the case the other way around.  Markets in Turmoil get a lot more views than another record high close for the market.  That's boring.

What's worse... those long the market are labeled dumb.  Stupid.

It's so easy being long with the FED leading the way.

"It's been so easy being long this market...." states the widely followed strategist who has written nothing but bearish, market on the cusp of destruction, pieces the last 5+ years

How true is that?

Even at the start of this most recent bull market.  Widely followed and 'respected' market participants were calling this a short lived rally.  We were going to 'retest the lows' or worse... plunge even further.

The market was 'getting ahead of itself'

And yet here we are.  The most epic stock market rally to new all time record highs... ever.

It hasn't been easy.  We've seen more excuses to sell in 2020 than ever before.  Being long the market, amid the worse economic backdrop ever, has not been 'smart'.  But it's been RIGHT.

For the same reasons it's been right in the past... but even more so now.

The Central Banks are hell bent on keeping money cheap.  As long as money is cheap, stocks are cheap.  When money becomes expensive, stocks will become expensive.     You don't have to be that smart to understand this... and it's held true the last 10+ years.

As I've wrote previously, there is only one thing that can stop this market.

Until then we can let the 'smart money' do what its been doing for 10+ years... I'd rather be right.