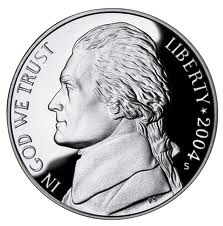 The chief executive of French mining group Eramet has blamed a "violent crisis" gripping the world nickel market for what he says are huge losses at a subsidiary, and said conditions are unlikely to improve for two years.

Eramet company head Patrick Buffet said overcapacity in the global market for the metal was causing Société Le Nickel, the group's nickel subsidiary based in New Caledonia, to rack up losses of 2.5 billion French Pacific francs ($27 million USD) per month.

"The crisis in the nickel [market] is very, very violent and nobody expected it to reach such a level," Mr. Buffet told reporters in Noumea on Thursday after a board meeting of Société Le Nickel, the largest private employer on the main island of Grande Terre in the French Pacific territory.

Mr. Buffet said "alarming" levels of overcapacity stemmed from a steep rise in production from major consumer China, which in less than 10 years has spurred its output of the metal from zero to 450,000 metric tons per year, after importing cut-price ore from Indonesia.

High levels of mineral stocks on the London Metal Exchange and elsewhere had pushed down prices to "extraordinarily low levels" of between $6 and $6.50 per pound, well below the company's cost of production, Mr. Buffet said.

To counter its problems, Société Le Nickel will reduce spending and rein in investments and has also not ruled out job losses, Buffet declared.

Mr. Buffet also remarked that he foresaw the coming years as being "extremely painful" for the market, while there would be no improvement in conditions for two years.

New Caledonia is home to a quarter of the world's reserves of nickel, a key ingredient in the manufacture of stainless steel.