The relentless buying started yesterday just as the market started to crack and continued from the late afternoon through to this morning.  A buying frenzy.  Unabated to the buyback.  Just Buy it Baby.  It brings me back to the Bernanke days, when stocks levitated up on an almost daily basis, without as much as a pull back.

I didn't see many calling for a bottom yesterday as stocks plunged late in the session, but after the massive spike into the close and continuation after the bell, the wood work opened up - and all the bottom buyers came crawling out.

"That was a perfect spot to buy"

"We may have just marked a bottom for this pull back"

"We were getting pretty oversold, made sense for the market to rally"

"Investor sentiment hasn't been this low in years, that's why I went against the herd there"

The view is always more clear after the fact.  Do I regret not locking in more of my PUTs at the low yesterday?  HECK YEA.

Did I expect a massive rally from yesterdays lows until today's open?  Of course not.... or I would have sold all my PUTs.

Again its a lot easier to know where the market is headed when you can comment on it an hour after the move has already occurred.  I'm not going to sugar coat my position on the market.  I thought throughout the day yesterday the market looked poised to break and fall 1%+.  But each attempt to go lower was met with a big spike higher.  We would melt lower, sell down, and then out of no where a massive spike would stop the selling, until it started back up.

However this morning we stopped at a very important round figure.  One that Tim Knight at SlopeofHope pointed out two days ago as the area where the bounce ends. 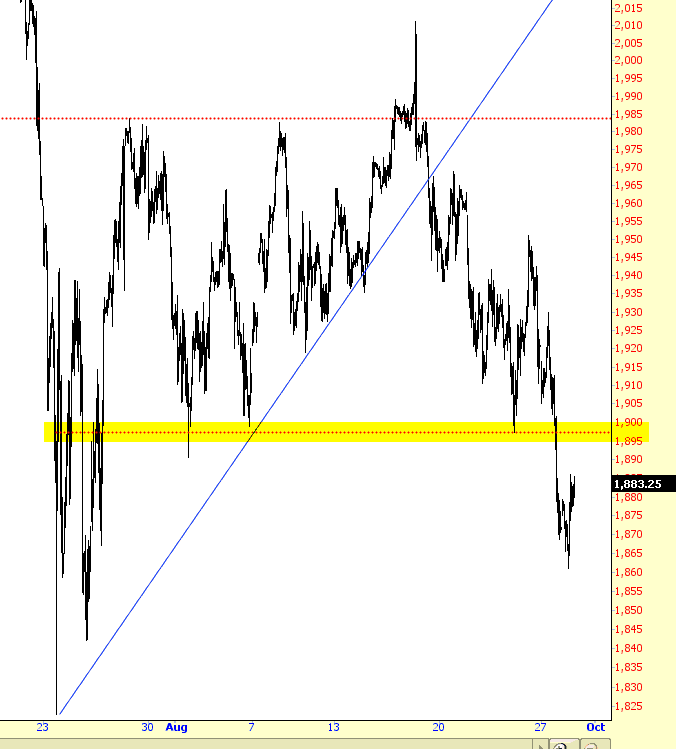 and where did we stop this morning? 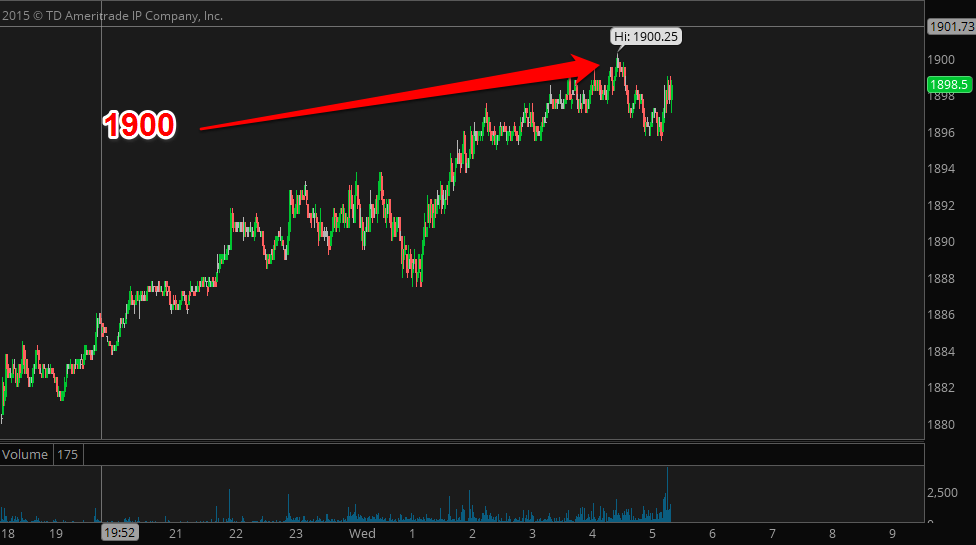 I see everyone is now saying the sell-off is over.  I'm assuming they've been ignoring the recent market action.  Every rip has been sold.  Look no further than last Friday.  a 1% move to the upside was reversed and late in the day stocks were in a free fall.  No good rip goes unsold in this current market environment.

One of the more ironic posts I found yesterday was from Doug Kass.  He's been hugging his furry bear each 50% move higher in stocks since the March 2009 lows.  This is the top!  Stocks are over valued.  He's been saying sour $AAPL since it was a $20 split adjusted stock.  $TSLA?  He's one of the perma-bears on it.

So when I see someone, who has been bearish on the market for 6+ years say its pulled back to fair value... I laugh.  Fair Value?

And then he goes on to call Carl Icahn a hypocrite?

the point I am trying to make, is much the same point people make with Dennis Gartman.  The Gartmans and Kass's of the world care more about how many twitter followers they have than actually being right.  From the March 2009 lows until the recent top for stocks, calling for a pull back, calling for stocks to crash, saying this market is a bubble... it  the attention these people need to puff their egos.  It gets them clicks.  It gets them on Television.  To me its more about them being loved than being right..... and lucky for them they get a lot of love, because they sure aren't right a heck of a lot.

I'm not right 100% of the time either.  I am far from perfect.  But the market feels a lot like the move from 2009 to earlier in 2015.  And the irony is the one's who were calling a top all those 6+ years are the ones going long the market here, when in my view this market is as vulnerable to downside as its been since the March 2009 lows.

The irony is stunning.  Here we are on the precipice of a wonderful move lower in stocks, and the ones who failed calling for this move every step of a historic bull market have thrown in the towel and went long the market.  It is terribly ironic.... don't you think.

It's like calling the top for the market and never getting it right...

and the market crashed down you thought... well isn't that nice.... 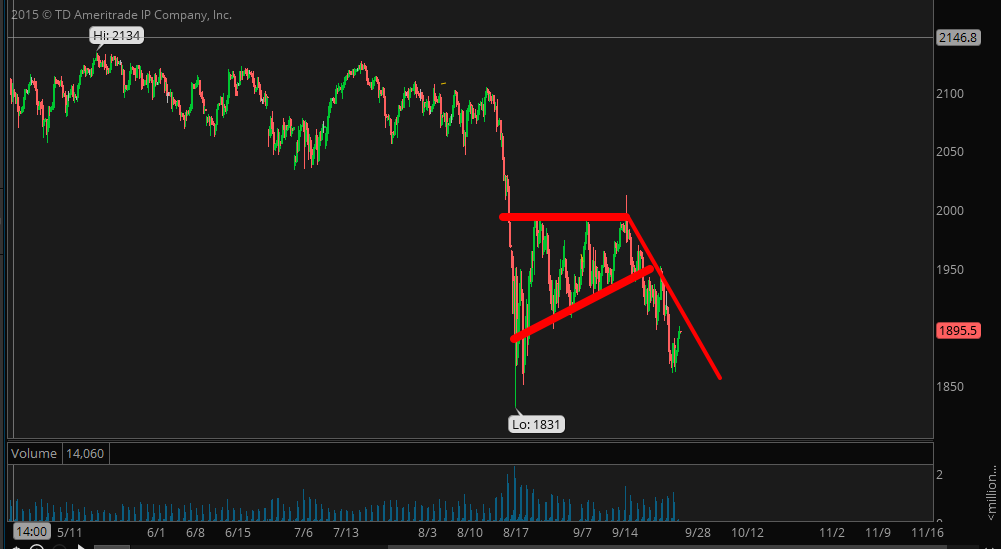