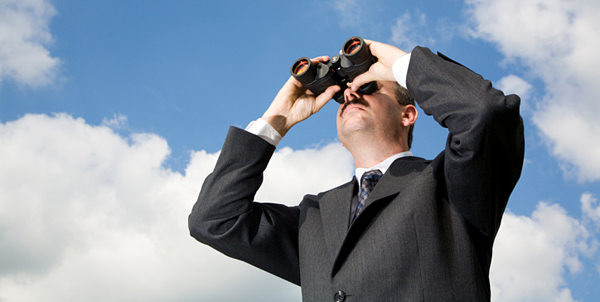 Today is the start of a new month, welcome to August 2012, and we find ourselves modestly higher with:

stocks futures up .3%.
the US Dollar is flat
The EUR spiked lower a few hours ago but has recovered some of its losses.
Silver Futures -.2%
Gold Futures +.2%
Crude Oil Futures +.22%
Earnings are slowly coming out this morning.  Looks like HOG beat on EPS but missed on revenue.  GRMN had a big beat on EPS.  Still waiting for MA and others.
AAPL finds itself higher early on, the stock has seen a tremendous rally off its $570 figure last week.  Right now AAPL is over $614.5 very early into the day another almost 1%. We've seen this AAPl story before where the stock just keeps going.  The $615 price will provide some significant resistance for AAPL and I will be looking for a pull back there. After the bell today we have GMCR, FSLR, and RIG.  I have positioned myself for RIG earnings with $46 puts.  FSLR had a strong move higher yesterday and the market seems to be anticipating a positive earnings report out of the company.
We have the FED today and the ECB tomorrow.  It seems everyone is thinking they both will disappoint.  That may be the case, and after such a run up in stocks you would think these events will provide a chance for a much needed pull back.  However I wouldn't bet against the central banks surprising the market again with some new measure to help game asset prices higher.

For more MarketBeat and other streaming markets coverage from The Wall Street Journal, point your mobile browser to wsj.com/marketspulse.

Markets are primed, traders have their itchy fingers on the "buy" button and investors are jazzed for a big announcement from Ben Bernanke and crew thanks to some natty jawboning from central bankers of late.

And, if we have learned anything, that is setting the stage for a Big Fat Disappointment.

"We think there is plenty of scope for disappointment," says John Higgins of Capital Economics. "We doubt the Fed is ready to sanction a third round of large-scale asset purchases."

And more BFD is likely to come from the European Central Bank when it meets on Thursday. After teasing investors with "whatever it takes" bravado last week, ECB President Mario Draghi will probably be a letdown too, Higgins says, noting the ECB's "bark could prove louder than its bite."

Joseph LaVorgna of Deutsche Bank is also less than optimistic for any whiz- bang announcement.

"The recent economic data does not appear to warrant an urgent policy response, so we think the current meeting will be used to brainstorm future policy options," he says. "We do not anticipate any major initiatives to be announced."

That would be a real bummer seeing stocks actually did okay in July after a shaky start, with the Dow ending up 1%. That was thanks largely to some expectations of big central bank action. Investors were also starting to calm down a bit and focus in on a tiny, pinprick of light at the end of that long, dark tunnel of European malaise.

So after being thoroughly deflated by Higgins, we went searching for something positive to report -- and history gave us a hand. Some dubiously encouraging factoids:Â On Fed days since December 2008, the S&P 500 has risen two- thirds of the time, averaging a 0.5% gain, according to Birinyi Associates. ( However those gains have been fleeting. The index has averaged a 0.4% drop on the day after the Fed makes a policy announcement, Birinyi points out.)

Today is Aug. 1 (that's not the positive thing). The S&P 500 has risen on the first day of the month in six of the seven months of the year. (The lone down start to a month came in June, according to Bespoke Investment Group. The S&P 500 dropped 2.5% that day, one of the worst days of the year, as a dismal jobs report sent investors fleeing out of the market.)

The upshot? It could be bad, it could be not so bad. But chances of this day marking the beginning of a QE-fueled rally are extremely slim.

Morning MarketBeat Daily Factoid: On this day in 1981, MTV made its cable- television debut. The first music video aired on MTV was " Video Killed the Radio Star"Â byÂ the Buggles.

Avon is slated to report its second-quarter results. The cosmetics giant is expected to earn 21 cents a share on revenue of $2.68 billion, according to the average estimate of analysts polled by FactSet.

Exelon will post a second-quarter profit of 64 cents a share on revenue of $ 4.43 billion if Wall Street's best guesses are on the mark.

Electronic Arts Inc. shares got a pop in after-hours action Tuesday after the company reported a slightly lower than expected adjusted loss in its fiscal first quarter.

1. Manufacturing indexes were released worldwide, with all signs pointing to dramatically slower growth, and outright contraction in some countries. The numbers should give more cover to central bankers advocating for stimulus, though the Federal Reserve isn't expected to make that call when its two-day policy meeting wraps up Wednesday afternoon. To recap:

Asia--China's official PMI hit its lowest point since November, though it was still slightly expansionary. India, Taiwan and Vietnam were down from a month earlier, while Australia hit a three-year low. Indonesia was virtually alone in showing improvement.

Europe--The euro zone's decline deepened in July, with the region's PMI falling to 44 from 45.1 in June. German machinery orders fell for a ninth straight month, while the U.K.'s manufacturing sector had its worst reading in more than three years.

Americas--PMI will be out at 10 a.m. EDT, with the average forecast calling for 50.4, a slight improvement from June. In Brazil, industrial production data will be parsed for any sign of a second-half recovery.

2. Despite the bleak data, currencies most closely linked to global growth, including the Australian and Canadian dollars, are surging. AUD hit a four-month high against the dollar near $1.05, while CAD is approaching parity again. With expectations growing that the Fed and the European Central Bank will act in the next couple months, the appeal of currencies where the underlying economies are relatively strong, and interest rates above zero, is growing.

3. German five-year bobls received their lowest yield yet at an auction, indicating that a healthy contingent in the market is still looking for the safest possible place to invest, even with the looming central bank action. Yields were 0.31%, from 0.52% on July 4.

4. The Bank of Japan received offers to sell less than half of the Y200 billion in short-term bonds it had wanted to buy. That's fueling speculation that the BoJ will take action to boost its asset purchase program at its next meeting, starting with lowering or removing the 0.1% yield floor on bond buying. Currently, the central bank is offering to buy bonds at a lower price than they're valued in the secondary market.