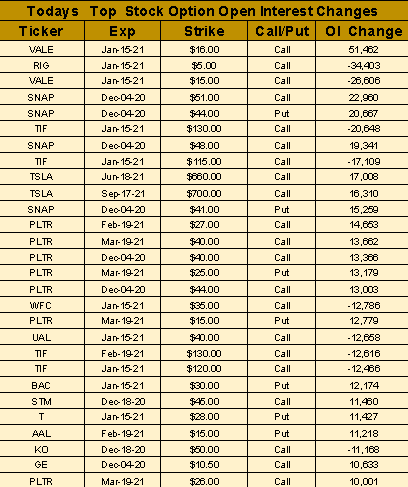 S&P Global (NYSE:SPGI) is in advanced talks to acquire IHS Markit (NYSE:INFO) for about $44B in a landmark deal that could be announced as soon as today, according to a WSJ report. Financial data has been a boom business over the past couple of decades, with S&P Global rising to an $82B market cap, and IHS Markit to $37B. S&P's acquisition of IHS Markit would be the largest of the year, topping Nvidia's (NASDAQ:NVDA) ~$40B purchase of Arm Holdings and the ~$40B deal between Nippon Telegraph & Telephone (OTCPK:NPPXF, OTCPK:NTTYY) and a subsidiary.

Shopify (NYSE:SHOP) announced Saturday that Black Friday sales were up 75% year-over-year, hitting $2.4 billion from its independent and direct-to-consumer brands. "In just a single day, merchants around the world produced more than 80% of the sales of the entire holiday shopping weekend last year,” said Shopify President Harley Finkelstein, who a few days earlier had also said the company was gearing up for a busy weekend as sales remained red hot. Shopify said the top categories included apparel and accessories, health and beauty, and home and garden. Stocks to watch - Central Garden and Pet (NASDAQ:CENT), Ulta Beauty (NASDAQ:ULTA), Lowe's (NYSE:LOW), Home Depot (NYSE:HD), and L Brands (NYSE:LB).

Airbnb and DoorDash target higher-than-expected valuations ahead of IPOs

Both set to begin roadshows this week, Airbnb (ABNB) and DoorDash (DASH) are planning for IPO valuations that exceed previous estimates, the Wall Street Journal reports. Airbnb is targeting as much as $33B vs. a previous $30B, while DoorDash is hoping for up to $28B vs. $25B previously. Both companies are on track to list their shares in mid-December, which is usually a quiet month for offerings. The two IPOs would top off a year in which a record amount of money was raised from new issues on U.S. exchanges as booming tech valuations lured a wave of private companies to the public markets. More than $140B has been raised year-to-date in 383 IPOs on U.S. exchanges, exceeding the previous full-year record set during the dot-com boom in 1999, according to Dealogic data dating to 1995. DoorDash and Airbnb have not just survived, but thrived during the pandemic as more people have ordered meals to be delivered rather than go to restaurants and more people preferred renting houses for vacations or longer-term stays rather than staying in hotels.

Chinese regulators have granted Tesla (NASDAQ:TSLA) the OK to sell its Shanghai-made Model Y sport utility vehicle in China, Reuters reports. That's permission Tesla was reported earlier this month to be seeking, and it had expanded production capacity accordingly at the Shanghai factory, at which it makes its Model 3 sedans. The Ministry of Industry and Information Technology granted its approval on Monday, according to the report.

The Trump administration is about to add China's biggest chipmaker, Semiconductor Manufacturing International (OTCQX:SMICY), and oil and gas producer CNOOC (NYSE:CEO) to a blacklist that charges the companies have military ties, Reuters reports. A Trump executive order means that U.S. investors would be prevented from buying securities of the blacklisted companies starting late next year. The list has grown to 35 names with the addition of these two and China Construction Technology and China International Engineering Consulting Corp., but Reuters says the administration is closer to declaring 89 Chinese companies blacklisted due to charged military connections.

"The Guggenheim Macro Opportunities Fund (GIOIX, GIOAX) may seek investment exposure to Bitcoin (BTC-USD) indirectly through investing up to 10% of its net asset value in Grayscale Bitcoin Trust (GBTC)," said the company in an SEC filing. The Macro Opportunities Fund - whose chief investment officer is Scott Minerd - has $5.3B in assets under management. For now, any crypto investments will be limited to the purchase of the Grayscale Bitcoin Trust. The fund will make no direct buys of Bitcoin, or any other cryptocurrencies. Checking prices, Bitcoin continues its wild ride of the past few days. It crossed over $19K last Tuesday, plunged to as low as $16.2K on Turkey Day, and has bounced back to $18.5K in early Monday morning action.