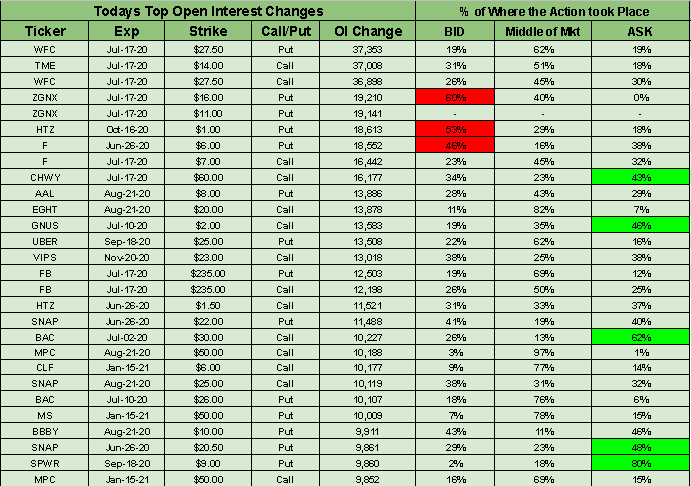 While Facebook and Google have canceled their annual developer conferences, F8 and I/O, Apple (NASDAQ:AAPL) feels the show must go on albeit in a different format. The tech giant's Worldwide Developers Conference will be hosted online today for the first time since it began more than three decades ago. The biggest announcement at the event is likely to be a fundamental shift from Intel-based (NASDAQ:INTC) processors to ARM-based (ARMHF) chipsets that will be designed in-house for Mac desktops and laptops. Also expected: iOS 14 and its sibling iPadOS 14, a new version of macOS, some updates for watchOS and tvOS, a refreshed Apple TV and Apple AirTags. AAPL +1.3% premarket.
Go deeper: "ARM-based chips are going to eat away at the core businesses of Intel and AMD," writes Trading Places Research.

Rally goes on despite rise in coronavirus cases

U.S. stock index futures are pointing to another solid session at the open, climbing more than 1% in overnight trade, following their fourth weekly gain in five weeks. The U.S. reported more than 30K additional coronavirus cases on Friday, the highest number of confirmed one-day infections since May 1, while Nevada, Florida, California and Arizona reported record-high single-day infections. While some point to a disconnect between the economy and market, others see the unlikelihood of returning to lockdowns, or sentiment that downstream health effects would be worse if a shutdown was imposed. Continued waves are also likely to follow every lockdown until a vaccine is found or herd immunity is reached.
Go deeper: The world is entering a "new and dangerous phase" - WHO.

"There is a prevailing likelihood that the bank trust account balances in the amount of €1.9B do not exist," Wirecard (OTCPK:WCAGY) said Monday as shares plunged another 40% to €14.65 on Germany's Tradegate exchange. The development comes after CEO Markus Braun quit on Friday while the company scrambled to secure a financial lifeline and its search for the money hit a dead end in the Philippines. Wirecard's stock has already tumbled 75% since auditors refused to sign off on its 2019 accounts last week, and the firm withdrew its preliminary results for 2019/20 as well as forecasts. It's a major hit for the Munich-based fintech success, which entered Germany's blue-chip DAX index in 2018 at the expense of Commerzbank (OTCPK:CRZBY).

Germany's third-richest man is threatening to scupper a €9B bailout for Deutsche Lufthansa (OTCQX:DLAKY) that would dilute his shares and influence at the 70-year-old airline. Billionaire Heinz-Hermann Thiele, who owns a 15% holding in the German carrier, would only need to win a third of the vote at Thursday's virtual shareholder meeting to sink the current plan. Thiele feels the "state is profiteering" from the collapse and will make his case to Lufthansa CEO Carsten Spohr and the two German ministers who brokered the bailout in an online meeting today.
Go deeper: "The risks of this move outweigh the potential gains," says Christoph Liu.

Bowing to bipartisan pressure in Congress, the SBA and Treasury are releasing the names of borrowers who received Paycheck Protection Program loans of $150K or more, accounting for about 73% of funds lent through the program. "We value transparency and our fiduciary responsibility to ensure American taxpayer funds are used appropriately," SBA Administrator Jovita Carranza declared. Note: Most of the borrowers who took advantage of taxpayer-funded forgivable loans will still remain unknown. Of the roughly 4.6M borrowers in the program, about 86% took out loans worth less than $150K.

Eskimo Pie, founded in 1920, is changing its name and marketing in the wake of nationwide protests over racial justice, following similar moves by the makers of Aunt Jemima and Uncle Ben's. "We are committed to being a part of the solution on racial equality, and recognize the term is derogatory," said Elizabell Marquez, head of marketing for Dreyer's Grand Ice Cream. Dreyer's is the U.S. subsidiary of Froneri, a joint venture between Nestle (OTCPK:NSRGY) and private equity company PAI Partners.

After "temporarily suspending" imports from U.S. poultry producer Tyson Foods (NYSE:TSN), China ordered a PepsiCo (NASDAQ:PEP) factory to close on Sunday as authorities clamp down on the food industry amid a new coronavirus cluster in Beijing. Two of the eight confirmed COVID-19 cases at the plant were from workers that had made purchases at the Xinfadi Market, where the latest outbreak in the city emerged. The marketplace, which supplies more than 70% of Beijing's fresh produce, has been sealed off, while dozens of communities and schools have been forced to close.

Beijing will set up a dedicated central-government office in Hong Kong to collect intelligence and handle crimes against national security, according to the state-run Xinhua News Agency. Provisions in the new law will supersede existing Hong Kong legislation should there be inconsistencies between them, while China's legislature would be empowered to issue judicial interpretations and Hong Kong leader Carrie Lam will be able to appoint specific judges to hear national security cases. On Friday, Secretary of State Mike Pompeo said Washington would in future treat Hong Kong as a Chinese city, rather than a semi-autonomous one, putting its special trade status and other privileges on the line.
Go deeper: Trump postponed sanctions for China trade deal.

American Airlines (NASDAQ:AAL) to raise $3.5B in new financing.

Gilead Sciences' (NASDAQ:GILD) remdesivir approved in India at $39-52 per dose.

PG&E (NYSE:PCG) gets approval for bankruptcy reorganization; files to offer $4B shares.