Brexit Mattered for a few days, and then it went back to not mattering at all.  The Great Italian Banking crisis lasted all of two days.  Grexit?  Ebola? The Jobs Report trumps them all, and I am using that term in the card playing way not the presidential candidate one.

This morning S&P500 futures were shaping up for a sharp resolution. 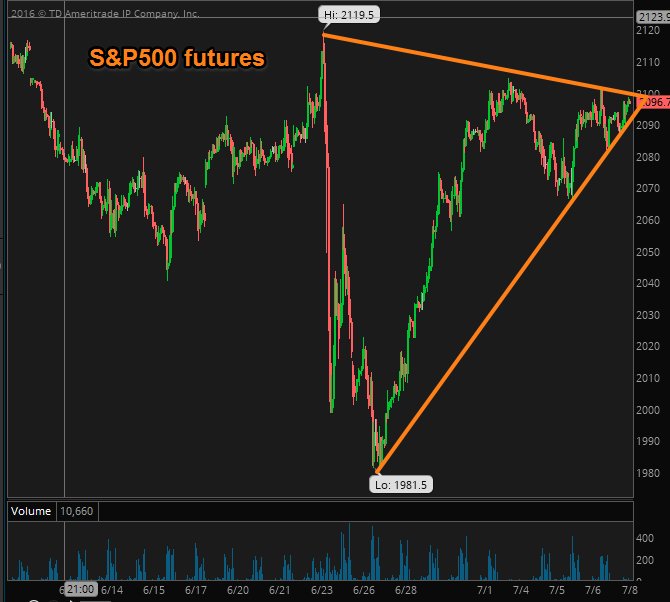 and we got that resolution sharply to the upside:

We are now almost back to the highs we saw after the market closed on the night of the Brexit vote.

The market has failed to break out from this level previously.  Could the fourth time be the charm?

It was a robust jobs report.

Could this be the trigger for new record highs in the stock market?

Volatility continues to get crushed.  The VXX has traded to a new all time record low this morning.  The VIX looks poised to trade to the lows we saw last summer.

If the market does indeed breakout to new record highs this summer, we could look back, not to the next set of headwinds the market endured, but to this strong jobs report as the catalyst because Jobs Matter.