SPY:
In my opinion the SPY has made a bottom. I think that the recent sell-off was purely geo-political which means that the SPY is going to go back to the 50dma. I do not see much more action for the spy. I think we will go back to the days were we only see .25% intra day ranges. I think that this is the case at least until the next big market catalyst, whether it is positive/negative geo-political news (such as Russia taking troops off the boarder or actually invading Ukraine) or comments made by the Fed remains to be seen. 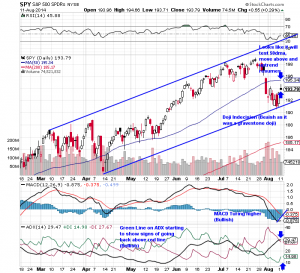 Improving dramatically. Breath got very oversold and is due for a bounce. 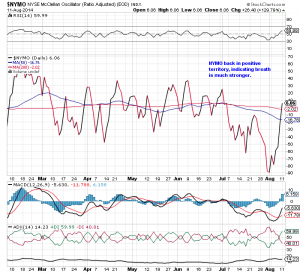 Starting to show relative strength and is breaking out from downtrend. I will be looking for calls (probably ATM September, maybe a vertical spread)  as I think that the IWM could have a big run. Nobody is expecting the IWM to do anything, which means that if the market rallies, IWM has a chance to be a big outperformer. Part of being an option trader is thinking outside the box. Everyone has been calling for the demise of the small cap index. To me, this means that there is a big potential for everyone to be shocked which could lead to a big move to the upside. 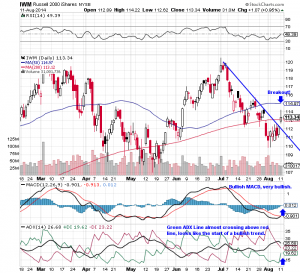 Showing relative strength vs. SPY. Hammer reversal candle, looking for a test of $100 in the short term. 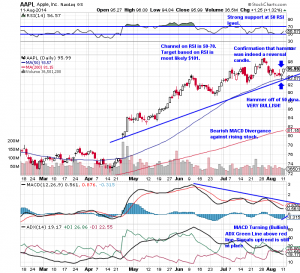 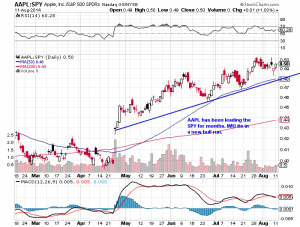 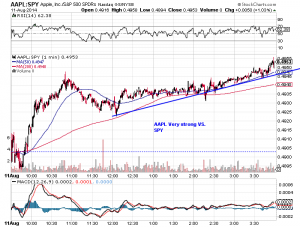