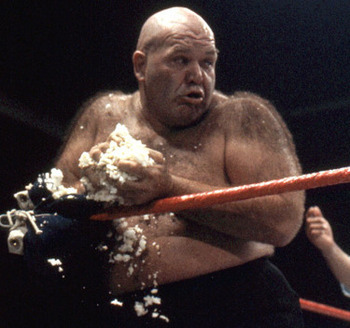 Yesterday was a great day for the bulls.   Markets rallied, the dollar fell, all was good.   But those resident bears,  the same one's who told you at the start of last year to sell,  who said this market wouldn't move higher, they remain adamant about downside.   It's coming. Here is the top. Sell stocks!   Why I sold stocks here.

I don't mind the bears.   Heck I was a bear from 2009 to 2011. I shorted the market via puts and got my ass handed to me.  I lost real money.   I was up big one day and then got killed the rest of the week. Hey wait a second, what the fook am I doing?  Why am I fighting this. I hate this market.  I hate Ben Bernancke. I hate how my children's future is getting mortgaged to save the idiots who created this mess. BUT GUESS WHAT? I TRADE TO MAKE MONEY!    And that is what its all about.    Making profitable trades.   Those trades entail going with the trend, which happens to be the best rally of our lifetimes.

But to tweet away to 60k people telling them to average down on losing positions with each 1% move higher in the market...  just because you think this time you 'might' be right?  It's disgusting.

I am by no means the perfect trader.   When the market was pulling back this week, my trades were doing miserably.    Perhaps had I averaged down on them 10 times this week I would have gained more sheep to my stable to slaughter later on utilizing my failed theories.

The question is.. . how can you average up on losing positions in the face of a once in a year historic rally and still make money?    Let's make it clear, trading stocks with fake money immunizes you from any losses.  Its a freaking miracle of science!  I'm hearing Ebola victims are being cured by following paper trades from market gurus.

Well that didn't work out so well.

Let me claim I shorted again this morning right at the session highs. Heck at some point I'll be right!

It's one thing to short once and be right.   But when you are wrong 5 times and right once... you begin to look like a fool  .  Even worse, while you spew these supposed trades, your followers are busy shorting stocks in the midst of a massive short squeeze a price recovery.   When stocks are falling, by all means average up, profit from the weakness... however what reputable trader averages down on losing short positions amidst a nasty squeeze higher?   Your followers aren't waking up at 5am to open new short positions at even higher prices!   Heck their brokers don't even open trading until 8am. They don't have a broker at your hindsight.com trading service.

I am not the perfect trader.  I make bad trades all the time.  But I will never lead any of my twitter followers into the abyss.  DON"T AVERAGE DOWN ON A LOSING POSITION! NEVER!  You are  losing money on that position for a reason.  You are wrong!

Only those trading in paper accounts with butterfly dreams and candy cane wishes can successfully average down no fewer than five times on a position and win.  And he's the next guest  on CNBC.  And you wonder why ratings are at historic lows.