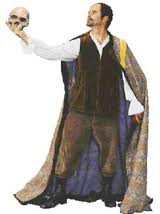 To be a bull, or not to be, that is the question:

Whether 'tis Nobler to be a bear,

To take humble possession of puts,

Reveling in the prospects of financial collapse.

Or to take nothing at all,

T0 buy a Call and live valiantly in the light;

Or possess a Put and be scowled upon,

Unsheathe thy sword and duel to the death,

To the winner the spoils of a lifetime,

the loser becomes just that.

There are many dumbfounded souls today scratching their heads and saying to themselves "how the %*#@ did we make a new high for the year?"  We are only weeks removed from another escalation in the  European Crisis.  The Euro was supposed to plunge below $1.20 versus the dollar?  WTF happened?  Economic data had been pointing to another U.S. recession.  Bernacke did not give the market the QE it wanted.  Draghi's words ended up being hallow after all.  How the $*%$ did we just make new highs for the year, new multi-year highs, with all this *$&# unresolved?

If trading this market was was easy as watching CNBC everybody would be millionaires.  The market has a habit of inflicting pain upon as many participants as possible and that is what we have had since June 4th, and ultimately since the March 2009 lows.  Those who observed the obvious and positioned themselves for downside were blind sided after the head fake post Draghi.  No one wants to believe that stocks can go up when everything else looks so bad.  When we have growth slowing, the looming "fiscal cliff", high unemployment, stocks should be falling, not hitting new highs for the year.

But here we are.  The question is, will we hit new all time highs.  AAPL just did today, and yesterday, and Friday.  Can we see the rally we've enjoyed since June 4th continue?  Am I a bull or a bear right here?

Some great questions.  Today we saw our first real weakness this month.  Stocks hit their highs and faded, although many stocks were able to hold onto their gains.  We are back in the channel again and while I am a bear at heart ( we are screwed long term) everything is pointing up.  We could see a move back under $140 and still remain in this channel.  I don't think $140 will fall easily, and to get there we need to break $141 on the SPY which will not break easily.

Right here remain extra nimble, trade the intra-day moves (I traded AAPL calls 4x today all trades lasting no more than 10 minutes for profits), and know that this market still has the invisible hand holding it up.  The bias is up, until we break this channel which, absent big event we don't know about, won't happen this month or next month. 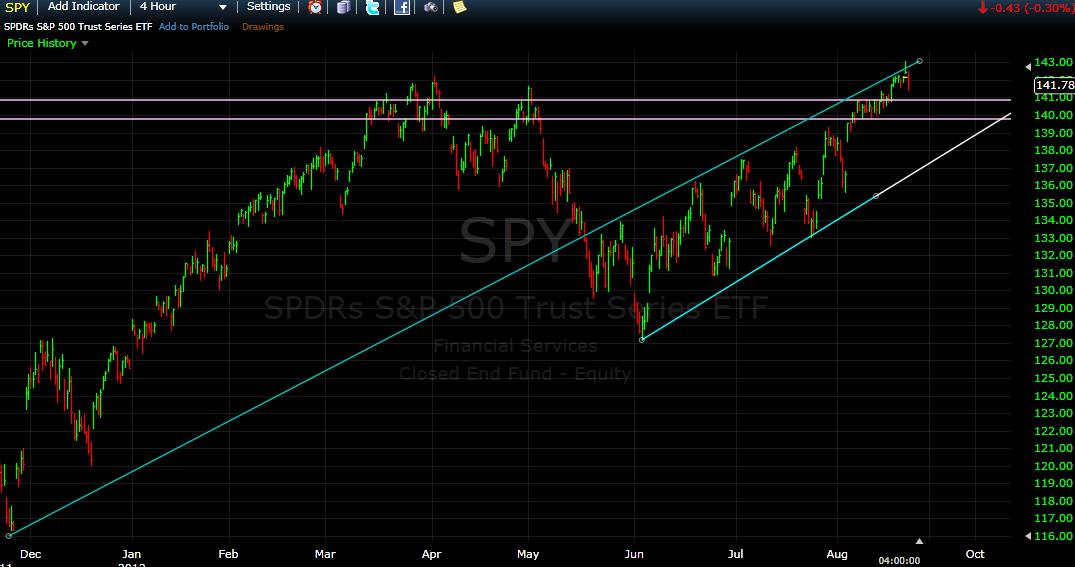 Bull or Bear.... That is The Question.  In reality the answer, for a short term options trader, is both.  The trend is your friend, but intra-day moves can wipe out hard earned profits.