The company is debt free with $644 million in cash. Not only allowing it to be agile when it comes to acquisitions, marketing, or R&D, but also allowing it to buyback shares. They currently have $300 million available to buyback shares as part of their 2016 'Stock Repurchase Plan' announced last April. On May 3rd of this year, they announced a $50 million accelerated share buyback that will be complete by Aug 3rd. The company had spent only $3.8 million since 2014 on stock buybacks - mind you the stock was in the $50s. Now with it three times the price and at all-time highs the company announces an accelerated buyback program. Either they are being very irresponsible or they are extremely confident in their growth trajectory, strategy, and execution. The first quarter results would say the latter.

The company is now growing the top-line over 30%, with growth really picking up steam in Latin America, Europe, and Asia - it is as high as 50%+ in some of those areas. Not to mention the progress made with the teen segment, which is growing at a rate 10x's greater than their competitors. I think the first quarter results are only the beginning of more earnings beats and raises coming this year as they continue to exceed expectations.

This past week the stock was added to the S&P 500, a sort of coming of age forAlign Technology ( $ALGN). Not only that, two analysts came out with substantial raises to their price targets: Stifel raised their price target to $200 from $145 and Morgan Stanley took their target from $150 to $175. The point being, the company is being noticed in a good way.

Of course these are some very quick thoughts on the name, but I think if you dig further you will see what I see,  a company firing on all cylinders and a stock that is still lagging the future performance.

Don't like to cite CNBC much, but here is an excellent interview from the CEO : http://video.cnbc.com/gallery/?video=3000623530

The stock touched all-time highs on Friday. I can see this test $160 in the coming days with a break of $170 in July: 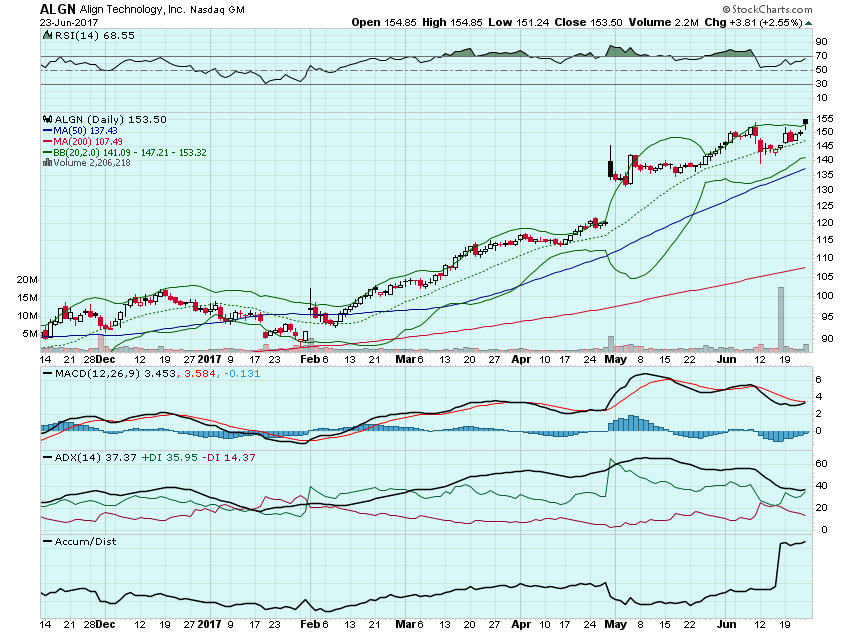 Currently holding the $160 & $165 July calls and may close or add to the position at any time: 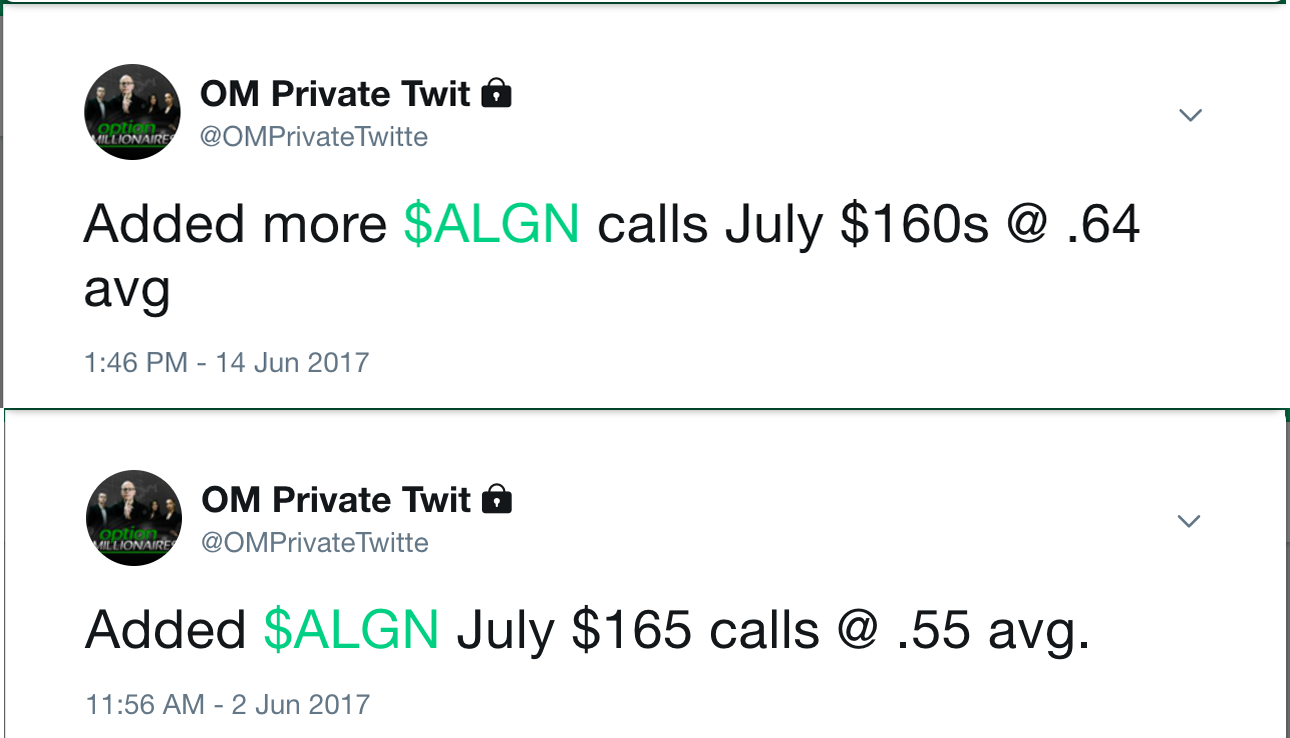 2 thoughts on “The Bull Case on Align Technology ( $ALGN)”