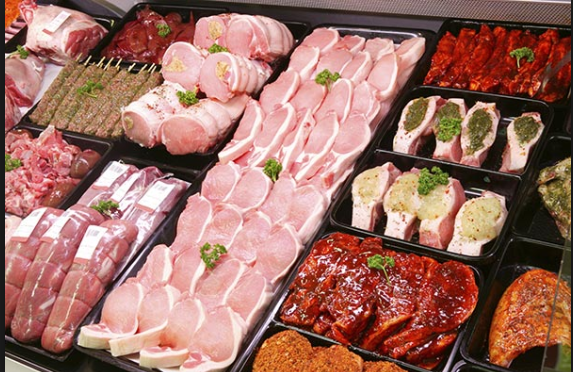 Turkey, Turkey, Turkey.. Turkey this Turkey That. Bring back the Trade War talk, I'm already sick of Turkey....it doesnt help that  I get very gassy after I eat  Turkey.

Turkey will mark the tipping point for this stock market right?  Or was it the Facebook earnings collapse.  Perhaps its the Tariff and trade war non-sense.  Or how about at the end of May when Italy jitters rocked the market for barely one trading session, we really dodged a cannoli there.

Not long ago Portugal, Italy, Greece, and Spain were going to crash the market.  The PIGS we called them.  Yes MORE meat.  Albeit a meat with more fat and more flavor than the current Turkey headlines we are eating.   I love Bacon.   The PIGS were a feast for the bulls.  Delicious.   A slow cooked pork shoulder.... so good.

Turkey, Pigs, Gyros.. its a veritable meat market.  And the Bulls love meat, guess what they love ebola too,  and government shutdowns,  small Island bank crises are the best.  My lone fear for this market (forgive me if you have already heard me say this) my fear is the much like Billy Joel worrying about running out of songs to write.  Are we running out of headlines to take down the market?  Is there any other meat out there?   Bologna perhaps?  I'd much prefer a Prosciutto crisis.   Thinly sliced please.

Turkey is one of the healthier meats.  So we have that going for us... which is nice.  Is this the one that's going to put this market in the grinder?  Ground Turkey anyone?  Just don't cook it too long, much like these recent headlines,  it gets dry very fast.

Is Turkey really going to end this wonderful chart?

Despite all the drama since late last week.  The $SPY is still setting up for another positive month.

After all the eating the bulls have done, this one slice of Turkey will be too much.  Perhaps..... but I doubt it.  We remain a Turkey beak away from new record highs.  And from there $SPY $300 by Thanksgiving?  That sounds delicious.