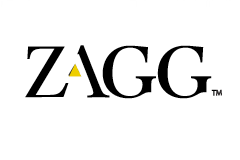 With the market for hand-held devices growing almost exponentially and with 100 new products introduced at the leading computer electronics show, Zagg Inc. ZAGG is positioned to succeed for the long haul, according to Wayne Thorp, editor of Computerized Investing, who made the small-cap stock his “Buy of the Week.”

Appearing on “MoneyLife with Chuck Jaffe,” Thorp noted that investors may not be familiar with Zagg as a small-cap stock, but “there’s a good chance you use or have seen Zagg products” as the company makes accessories for handheld devices and power supplies.

Thorp noted that Zagg has gained just 4% in the past year and that it is actually down 34% over the past six months.“You’d think this is a company that sort of would be a dog, and it’s not,” Thorp said, noting that sales have grown an average of 130% over each of the last five years with earnings up even more over the same period.

The recent drop-off has made the stock a relative bargain. “It’s attractively priced,” Thorp said, “but the company is just going through such tremendous growth because of its position in a market that is growing by leaps and bounds as everyone shifts from the traditional desktops and laptops and notebooks to mobile devices.”

At a price/earnings ratio of 9.6 – more than 60% below its three-year average P/E – Thorp noted that if there is a reversion to the mean, “you are looking at a stock that has a ways to go before it gets back to historical valuations.” If it reaches that level, “you are looking at the potential to double your money if not more … over the next one to two years.”

Listen to the interview at www.moneylifeshow.com.