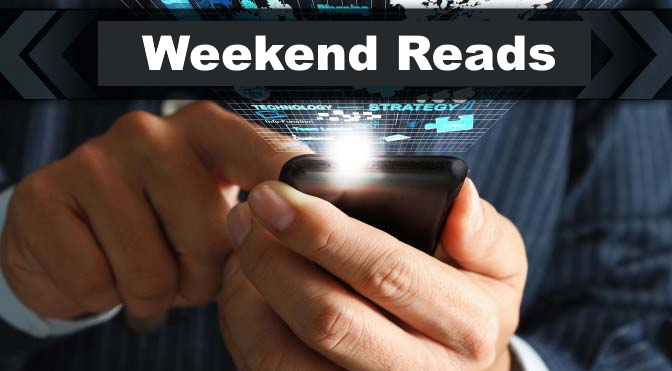 Coming up this week from SA:

UPS (NYSE:UPS) reports in an update that should shed some light on if the issues at FedEx (NYSE:FDX) are a bellwether and Caterpillar (NYSE:CAT) will update on a quarter impacted by the trade war. The state of the U.S. consumer will get a check when McDonald's (NYSE:MCD) and Procter & Gamble (NYSE:PG) spill numbers, while tech giants Intel (NASDAQ:INTC), Amazon (NASDAQ:AMZN) and Twitter (NYSE:TWTR) will issue some closely-watched guidance updates. Boeing (NYSE:BA) is on the hot ,,__seat just as even more questions crop about the 737 Max issue and Tesla's (NASDAQ:TSLA) earnings day is always a crowd-pleaser. The healthcare sector has its own separate drama to watch next week, with opening statements in the first federal trial over the U.S. opioid epidemic taking place. Keep an eye on Endo International (NASDAQ:ENDP), Mallinckrodt (NYSE:MNK), Johnson & Johnson (NYSE:JNJ), McKesson (NYSE:MCK) and Teva Pharmaceuticals (NYSE:TEVA) as the focus on the trial intensifies.

It's a microcap IPO stock week with six smaller-sized offerings coming to the market. OneWater Marine (ONEW) is due to price its IPO on October 24, while Progyny (PGNY), Phathom Pharmaceuticals (PHAT), Youdao (DAO), Cabaletta Bio (CABA) and Aesthetic Medical International Holdings Group (AIH) are scheduled to step out on October 25. Quiet periods expire for Peloton (NASDAQ:PTON) and Oportun Financial (NASDAQ:OPRT) on October 21. Peloton trades about 16% below its IPO pricing level, while Oportun Financial is slightly higher since debuting.

Call of Duty: Modern Warfare is due to be released on October 25 by Activision Blizzard (NASDAQ:ATVI). Initial reports say all future maps and new modes will be released for free and the game will feature crossplay across all platforms. The release strategy is being called a major departure from previous games in the Call of Duty series. Overall, it's a bit of a light fall release season overall with many of the major publishers waiting for the new consoles in 2020. Videogame spending is off 6% YTD to $8.3B as Activision, Take-Two Interactive (NASDAQ:TTWO), Nintendo (OTCPK:NTDOY), Electronic Arts (NASDAQ:EA) and Ubisoft Entertainment (OTCPK:UBSFY) pin their hopes on next year.

The streaming TV revolution is sized up in the cover story. Comcast (CMCSA) is said to stack up better than investors might expect because its broadband service is the top means of delivering Netflix (NASDAQ:NFLX) and Amazon (AMZN) Prime to homes in the markets it serves. Disney (DIS) is called the heavy favorite for the number two spot in total streaming subscribers, but the transition is seen slowing down earnings. Meanwhile, AT&T (T), CBS (NYSE:CBS) and Viacom (NASDAQ:VIA) are called challenged, but cheap. The S&P 500 Dividend Aristocrats were filtered for the safest dividend payouts of the group. Illinois Tool Works (NYSE:ITW), Johnson & Johnson (JNJ), Nucor (NYSE:NUE), Pentair (NYSE:PNR) and W.W. Grainger (NYSE:GWW) made the final list.