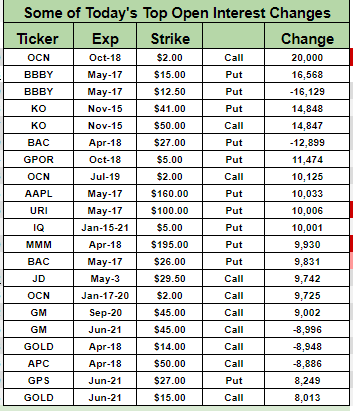 Its a big day for Boeing and federal aviation safety regulators as they try to rebuild trust following two deadly crashes of 737 MAX airliners. Boeing (NYSE:BA) has scheduled a briefing for about 200 pilots and airline representatives in Renton, Washington - home of the 737 assembly complex - where it's expected to outline software changes that controls a system designed to automatically prevent a mid-flight stall. A Senate panel in Washington, D.C. will also question the acting head of the FAA, the DOT's inspector general and the head of the NTSB about how thoroughly the MCAS system was tested and what will be done to assure that any fixes work.

Positive for most of the overnight session, U.S. futures are now dipping into the red, with the DJIA pointing to a 73 point loss at the open, and the S&P 500 and Nasdaq down 0.2%. German 10-year yields, already below zero percent since Friday, fell further into negative territory, while the U.S. bond yield curve remained inverted. Wall Street's main indexes registered solid gains on Tuesday, but finished below their session highs.

Brexit is getting even more complicated

U.K. lawmakers today will vote on competing visions of Brexit using paper ballots that will let them back as many proposals as they like, including holding a second referendum or staying in the EU's customs unions and single market. Theresa May, who speaks later at a private meeting of Conservative MPs, doesn’t necessarily have to abide by anything the lawmakers decide, meaning things could soon get pretty messy.

A temporary slowdown in the eurozone does not necessarily foreshadow a serious recession, according to ECB President Mario Draghi. However, the central bank is still willing to further delay a planned interest rate hike if necessary and may look at measures to mitigate any side effects of negative interest rates. "We are not short of instruments to deliver on our mandate," he told a conference in Frankfurt.

China's industrial firms posted their worst slump in profits since late 2011 in the first two months of this year, falling 14% Y/Y to 708B yuan ($106B), according to the National Bureau of Statistics. Beijing has already propped up the manufacturing industry by cutting the value-added tax, increasing infrastructure spending and reducing direct government intervention, but more support measures may now be on the horizon.

Renault (OTCPK:RNLSY) shares are up nearly 4% in Paris after the FT reported that the automaker intends to restart merger talks with Nissan (OTCPK:NSANY) within 12 months, after which it will set sight on a bid to buy Fiat Chrysler (NYSE:FCAU). The plans signal a return to the strategies supported by former Nissan boss Carlos Ghosn who held talks about merging Renault with Fiat Chrysler two to three years ago. FCAU +3.5% premarket.

Amazon 'industry cloud' in the making

Volkswagen (OTCPK:VWAGY) has agreed on a strategic partnership with Amazon (NASDAQ:AMZN) to create a kind of "industry cloud," for which details will soon be announced, Germany's Sueddeutsche reports. The deal would likely help boost productivity of Volkswagen factories, which currently work with completely different software systems. Thousands of suppliers also connect to the plants to receive orders, but even these systems are currently not uniform.

Musk, SEC face off in court on April 4

Lawyers for Elon Musk and the SEC will square off in a Manhattan courtroom next week over whether he should be held in contempt over one of his tweets, which - under a previous settlement - did not get advance approval from Tesla (NASDAQ:TSLA). Legal experts have said a contempt finding could subject Musk to a higher fine, further restrictions, or even removal from Tesla's board or as chief executive.

McDonald's (NYSE:MCD) will no longer take part in efforts to lobby against raising the minimum wage at the federal, state or local level, according to Politico. The shift comes after the U.S. Chamber of Commerce signaled it would be willing to negotiate over raising the hourly minimum - which for a decade has been stuck at $7.25 - and as McDonald's remains embroiled in a National Labor Relations Board suit over labor infractions allegedly committed by its franchisees.

Latest rotation in the DJIA

Dow Inc. will replace DowDuPont (NYSE:DWDP) in the Dow Jones Industrial Average on April 2 following the chemical corporation's breakup into three smaller companies - Dow, DuPont and Corteva Agriscience. The change will maintain the benchmark's exposure to the materials sector, and its price weight within the DJIA will be similar to DowDuPonts before its breakup. Dow Inc. will also join the S&P 500 on April 2, replacing Brighthouse Financial (NASDAQ:BHF).

Apple (NASDAQ:AAPL) and Qualcomm (NASDAQ:QCOM) prepare for next phase of patent battle.

No bloc-wide Huawei ban across the European Union.

Virtually impossible for foreign investors to sell the lira.