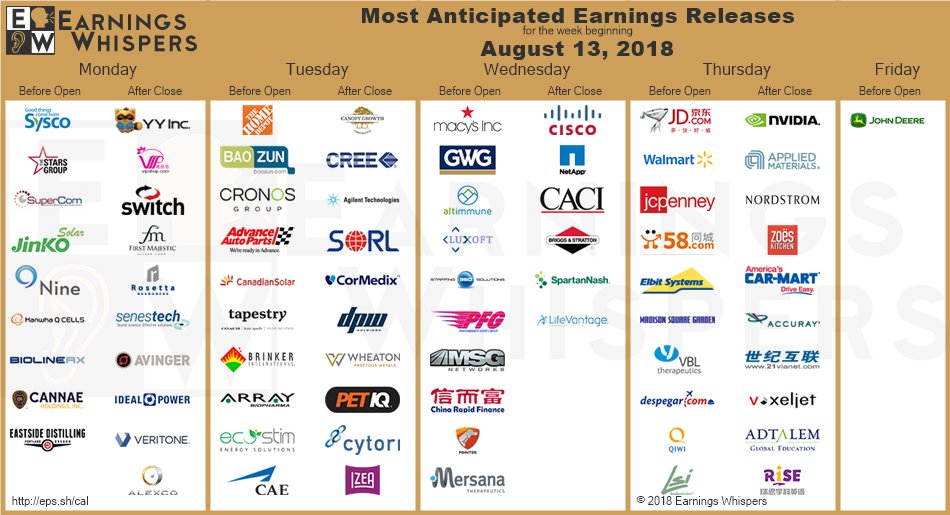 A reeling Turkey has responded to U.S. tariffs with retaliatory duties on U.S. passenger cars, alcohol, tobacco, cosmetics and other products. Tariffs on cars are set to rise by 120% and those on made-in-the-U.S. alcoholic drinks by 140%, alongside a 60% increase on tobacco products. The move comes amid increasing fears of contagion from Turkey's collapse. The lira - which managed an 8% bounce yesterday - is up modestly in today's action, and the Borsa Istanbul 100 Index is down 0.9%.

China has filed a complaint with the World Trade Organization, saying that U.S. tariffs on solar products are distorting the global photovoltaic market and hurting its trade interests. The country claims its makers are benefiting not from subsidies but healthy competition. But its major manufacturers (including GCL, JinkoSolar (NYSE:JKS), JA Solar (NASDAQ:JASO), Yingli Green Energy (NYSE:YGE) and Canadian Solar (NASDAQ:CSIQ)) already face a smaller U.S. market from earlier trade action, suggesting the real impact of the action is further trade theater.

Crude oil prices continue their slide after the API reported an inventory build of 3.6M barrels for the week ended August 10 vs. a draw of 6M barrels the previous week. There was a draw in gasoline stocks of 1.5M barrels, and distillates showed a build of 1.9M barrels. WTI crude oil is currently lower by0.85% to $66.47.

Some board members at Tesla appeared to be getting a bit fed up with CEO Elon Musk, according to reporting from the NYT. Sources told the paper that board members have asked Musk to stop tweeting and outside directors have already retained law firms to represent them in the ongoing matters. Also, several were said to be irritated that Tesla had to rush out a statement to play catch-up to the Musk tweetstorm last week. It's not likely that the Tesla (NASDAQ:TSLA) tension will ease up soon. Due to Musk's personal ties to several board members, the company established a special committee of just three board members to evaluate the go-private proposal.

In a $9.2B all-stock deal, Diamondback Energy (NASDAQ:FANG) has agreed to buy Energen (NYSE:EGN). The implied value for each share of Energen is $84.95, or about a 19% premium to its recent level. Diamondback said the combined company will own more than 266K net tier one acres in the Permian Basin, an increase of 57% from its current tier one acreage of 170K net acres. Combined pro forma Q2 2018 production of 222K boe/day (67% oil) - third largest production for a pure play company in the Permian Basin - represents an increase of 79% from FANG's Q2 production of 124.7K boe/day.