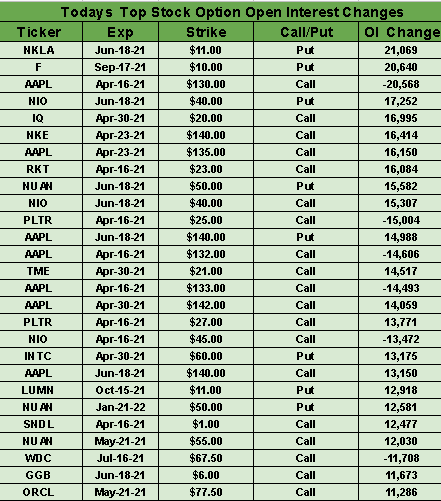 Coinbase in your face

The market is anticipating the direct listing (not technically an IPO) of Coinbase today as cryptocurrencies continue to gain traction. Bitcoin (BTC-USD), rising 5%, is approaching $65K, while Ethereum (ETH-USD) is up 10%, nearing $2,400.

Nasdaq and Goldman Sachs set a reference price of $250 per share for Coinbase's direct listing. That puts the valuation of Coinbase at $66.5B.

COIN wrote in a news release that as of Monday, it had 130.7M Class A shares and 68.5M Class B ones outstanding, or 261.3M in total when shares are measured on a fully diluted basis. The company wrote that the 261.3M figure includes all Class A and B shares, plus all outstanding stock options and restricted stock units. The number only excludes shares reserved for future issuance under Coinbase’s equity compensation plans, as well as stock set aside for COIN's "Pledge 1%" charitable commitment.

"Today’s listing is a milestone, but it’s not as important as every new day in front of us," CEO and co-founder Brian Armstrong writes in a blog today. "Coinbase has an ambitious mission: to increase economic freedom in the world. Everyone deserves access to financial services that can help them build a better life for themselves and their families. We have a lot of hard work to do to make this a reality."

Bubble worries: Bank of America's latest fund manager survey indicates an overwhelming contention that Bitcoin is in a bubble. 74% of those surveyed say the crypto is now in a bubble, compared with just 7% who see equities in a bubble (most think stocks are in a late-stage bull market). Bitcoin was considered the second-most crowded trade behind long tech, according to respondents. But how Coinbase trades could be a big indication not just of Wall Street's acceptance of crypto, but of broader market sentiment.

Morgan Stanley says "the underperformance in IPOs and SPACs is a signal that the excessive liquidity provided by the Fed is finally being overwhelmed by supply." "My experience is that when new issues underperform this much, it’s generally a leading indicator that equity markets will struggle more broadly," chief equity strategist Michael Wilson writes. "When combined with the fact that leverage in the system is very high, it could spell more trouble for riskier, more speculative investments." But DataTrek Research contends that the interest in cryptos could be problematic to the broader market.

Crypto, NFTs, SPACs and recent IPOs "can do well without the S&P seeing any benefit since correlations typically remain low during the middle part of an economic recovery. In fact, capital may leave US stock indices looking for greener pastures elsewhere."

Digging down into the Coinbase listing: Coinbase will start trading on the Nasdaq under the ticker symbol “COIN,” either right when markets open at 9:30 a.m. ET or sometime thereafter. Certain pre-IPO investors will make as many as 114.85M shares available to the public. Coinbase operates a popular trading platform for Bitcoin and other cryptocurrencies, and also offers services like hosting crypto buyers’ digital “wallets,” which store their holdings. Many see the company’s go-public move as a coming-of-age moment for the crypto industry.

Rather than hiring financial firms to underwrite the IPO and line up institutional investors and wealthy individuals to buy the stock, some of COIN’s major shareholders will simply offer their shares for sale to anyone via the Nasdaq. That will give small investors a chance to buy shares under the same term as large players will get, but also makes it hard to estimate what Coinbase stock should be worth. (8 comments)

Coinbase has a long list of cryptos available for trade, but Dogecoin and Ripple aren't among them (Ripple used to be available, but was pulled over regulatory concerns). (44 comments)

Cathie Wood, CIO, and CEO of ARK Invest in a market outlook webinar, put out Tuesday, mentioned how she believes the bull market is broadening out and that it's a good sign for innovation.

In reference to the fact that growth strategies have recently been hurting, Cathie Wood mentioned: "We do not believe what is going on now is unhealthy, in fact, quite the opposite, the bull market is broadening out. It is becoming stronger, this is good news."

There has been a clear rotation into value and away from growth with the recent rising of yields. The question now becomes, will inflation rise and for how long? In the webinar, Cathie Wood stated she believes May and June are when we should see the peak inflation levels.

With that being said, ARK understands that there is an apparent rush into value-related areas such as financials, cyclicals, and energy. However, financials and energy are the two areas that are set to be most affected by innovation according to ARK.

Cathie Wood said: "I think there's a minefield out there in many of the value spaces because of innovation, and we believe financials and energy are likely to be two of the most disruptive spaces or sectors in the market thanks to innovation." (67 comments)

Palantir (NYSE:PLTR) shares closed up 8.9% Tuesday as the company prepares for its Double Click demo event, which kicks off at 11 AM ET.

The event, the first in a series of Double Click demos, will focus on the use of Palantir's Foundry software in the life sciences and industrials verticals.

Palantir customers in those verticals include Merck, 3M, PG&E, and the NHS. (19 comments)