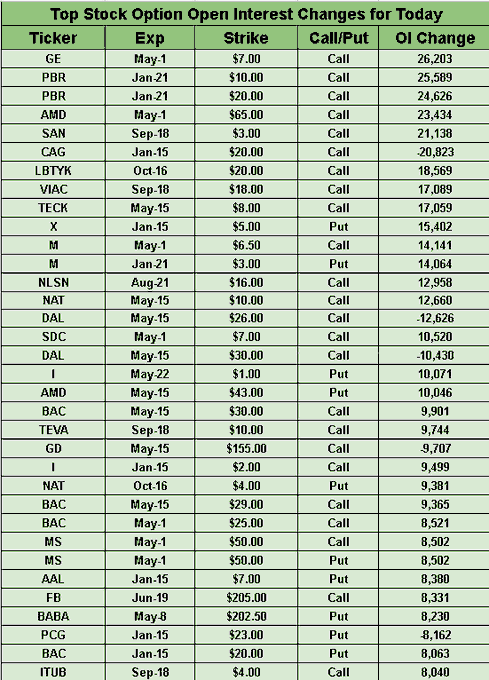 U.S. stock futures follow most global markets in indicating a higher open, as today's conclusion of the Federal Reserve policy meeting is expected to keep the benchmark interest rate near zero and maintain strong support for business during the COVID-19 pandemic. The Commerce Department's first look at Q1 gross domestic product today surely will reinforce analysts' forecasts that the economy already was in a deep recession. GDP probably fell at a 4% annualized rate in the quarter, according to a Reuters survey of economists, which would be the steepest pace of contraction since Q1 2009.

Alphabet turns in strong Q1 that ended with ad drop-off

With all eyes on an advertising industry slump, Alphabet (GOOG, GOOGL) posted strong Q1 figures even as it noted a March slowdown. Many big travel booking names have been cutting their multibillion-dollar ad budgets by 50%-80%, and Alphabet revenues are still dominated by advertising (99% of Alphabet revenues from Google, and 84% of that from ads). But in Q1, the company grew revenues 13% and operating income 19%, lifted by a strong first two months before a March drop-off alongside widespread business shutdowns. YouTube ad revenue rose 33.5% year over year, but fell 14% sequentially.

Underscoring what CEO Guillaume Faury calls the "gravest crisis the aerospace industry has ever known," Airbus (OTCPK:EADSF, OTCPK:EADSY) reported adjusted Q1 EBIT fell 49% to €281 million ($304.7 million) as revenue slipped 15% to €10.63 billion. The planemaker burned through €8 billion in cash in the quarter, including a previously published €3.6 billion fine to settle bribery and corruption investigations in the U.K., France and the U.S. Airbus said it is whacking €700 million from planned 2020 capital spending and will defer or suspend activities which are "not critical to business continuity" or meeting other commitments.

Boeing (NYSE:BA), which also will report earnings this morning, reportedly is talking with investment banks to pursue a major bond issue to strengthen its balance sheet amid the COVID-19 travel shutdown. The planemaker has lined up financiers to market an offering that could hit $10 billion or more in the coming days, even as the company looks at pursuing government help. It considered applying to the Treasury Department for aid under a $17 billion program for companies critical to national security, and the Fed also has programs that could help.
Go deeper: Boeing faces expanded probes of 737 MAX production.

After a December meeting of top Facebook (NASDAQ:FB) brass at CEO Mark Zuckerberg's Hawaii estate, the board has turned over a little faster, the Wall Street Journal reports, and that's amounted to the chief tightening his control of the company as well as steering it toward a greater purpose in the COVID-19 pandemic. Only four directors remain from the nine that started 2019, and the likely Zuckerberg-friendlier names that remain may be helping him realize a 2017 mission statement that laid out a more central role for the company in society.
Go deeper: Zoom needn't worry about Facebook feature, Morgan Stanley says.

COVID-19 vaccine could be ready for emergency use this fall

As confirmed coronavirus cases in the U.S. top one million, Pfizer (NYSE:PFE) is the latest vaccine developer saying it may have a candidate ready for emergency use in the U.S. by late in the third quarter or early in the fourth. It's another example of breathtaking development speed, potentially only 9-10 months from the publication of the genetic sequence of the SARS-CoV-2 virus in January to vaccine availability, a process that usually takes at least 10 years. The race to the finish line is in full stride: Sanofi (NASDAQ:SNY), GlaxoSmithKline (NYSE:GSK) and Johnson & Johnson (NYSE:JNJ) are all working feverishly to generate clinical data and ramp up production to meet anticipated enormous global demand.

Crude oil prices could be on the rebound, as June WTI crude futures rose 14% overnight after the American Petroleum Institute revealed a 10 million barrel increase in crude inventories in the latest weekly data, below the prior week's 13.2 million barrel build and short of analyst expectations. Oil prices have been tumbling as investors watch depleting crude storage space and demand destruction from the coronavirus outbreak. But Goldman Sachs is out with a report highlighting a number of reasons why it is more positive on energy stocks, saying demand appears to be near a trough, shut-in announcements are becoming material and valuation is near 25-year lows by some measures.

With stores closed in Asia and Europe during the quarter, Starbucks (NASDAQ:SBUX) said global comparable store sales fell 10% in its fiscal Q2 as a result of the coronavirus crisis, marking the measure's first downturn since 2009. Comparable sales in the U.S. fell 3% during the quarter, as roughly half of Starbucks' company-owned stores in the U.S. are closed. Starbucks plans to start reopening cafes in early May for to-go service and sees 90% of company-operated U.S. stores back in operation by the early part of June, CEO Kevin Johnson said on the post-earnings conference call.

AMC declares war on Universal, banning its films from theaters