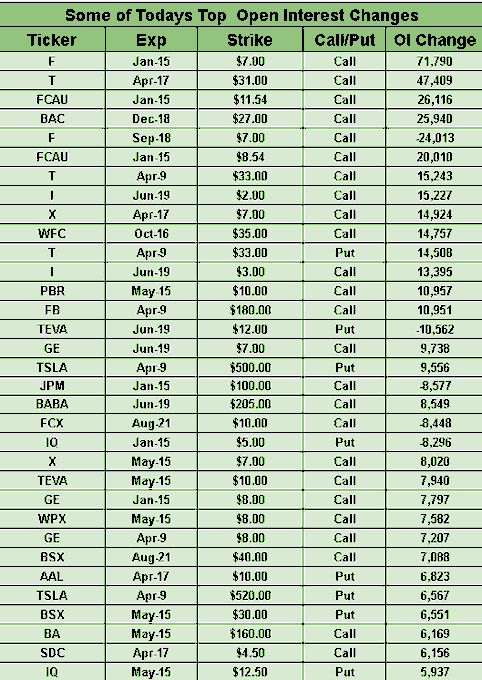 "There must be some kind of way outta here," said the economist to the task force, as governments around the world develop strategies to get their economies back on track. In the U.S., the effort appears to be dependent on testing far more Americans than has been possible to date, though planning is still in the early stages. The economy would likely be reopened in phases, beginning in smaller cities and towns in states that haven't yet been heavily hit by the virus. Until then, "there's too much confusion... I can't get no relief."

A big rally yesterday saw the Dow climb more than 900 points, only to lose steam later in the session as traders track coronavirus death and infection rates in the absence of real-time economic data. On Tuesday, New York reported its largest single-day COVID-19 death toll at 713 fatalities, while the number of U.S. cases surpassed 400,000. Nationwide coronavirus infections reached 200,000 on April 1, meaning the country has doubled its confirmed case count in just one week. Next moves? Stock futures inched between slight gains and losses overnight, and as of 6:30 a.m. ET, they were hugging the flatline.
Go deeper: Bram de Haas fears this bear rally.

The Trump administration has asked Congress for an additional $250B in emergency economic aid for small U.S. businesses reeling from the coronavirus pandemic. That's in addition to the $349B that's already part of the CARES Act signed into law on March 27. More than $70B of the PPP loans have already been processed, which encourage small enterprises to keep their employees on staff and to help them pay overhead costs.

"I don't think it's going to be a rapid" bounceback, former Fed Chair Ben Bernanke told a virtual discussion hosted by the Brookings Institution. While the economy could contract at a 30% annualized rate or more in Q2, he brushed aside comparisons to the 12-year-long Great Depression, saying, "if all goes well in a year or two we should be in a substantially better position." Bernanke also sees interest rates at zero for a long time and said a case can be made to stop bank dividend payouts.
Go deeper: 'Finding A Bottom: Reading The Market Tells' by Rida Morwa.

"Companies are running out of cash," said John Chambers, the legendary tech CEO who turned Cisco (NASDAQ:CSCO) into a powerhouse, expecting the worst over the next nine months to a year. He sees the pandemic as a three-axis disrupter to the economy, healthcare system, and global supply chain, with the travel and airline industries recovering much more slowly than retail and financial institutions. "Companies will either be destroyed or break away if they follow their North Star," he cautions, adding that "for many, it will be like a second chance to do an IPO."

First quarter earnings season kicks off in under a week, starting with the financial sector, with reports expected from JPMorgan (NYSE:JPM) and Wells Fargo (NYSE:WFC) on April 14. This time around, "beats or "misses" will largely be irrelevant, because the results will be lowered by a tremendous increase in provisions for loan loss reserves, as well as considerations for a difficult economic cycle through 2021. Some analysts haven't even updated their estimates since before Feb. 19, when the S&P 500 hit its last closing record, meaning consensus estimates are dulled by "stragglers."

"We came close to a deal but we are not there yet," tweeted Eurogroup head Mario Centeno, following 16 hours of discussions over additional stimulus to help the bloc weather the coronavirus pandemic. "I suspended the #Eurogroup & continue tomorrow, thu." Reasons for the breakdown? A dispute reportedly took place between the Netherlands and Italy over the conditions attached to the potential use of credit lines from the European Stability Mechanism. Ministers also sparred over the wording of a joint statement.

The French economy shrank the most since World War II in the first quarter, according to the Bank of France, and the outlook for the rest of the year is souring significantly. The central bank estimates a 6% slump, hurt by a coronavirus-induced collapse in supply and demand. Things are also looking grim in Germany. According to a joint forecast from 5 leading German institutes, Europe's largest economy probably shrank by 9.8% in the second quarter, its biggest decline since records began in 1970.

Australia has become the first of 11 nations rated "AAA" by S&P to have been put on negative outlook since the coronavirus outbreak. The decision came after the country's parliament returned to pass the emergency A$130B ($80B) JobKeeper bill, taking its total tally of fiscal support to A$320B ($197B). "We expect the Australian economy to plunge into recession for the first time in almost 30 years," wrote the S&P, "causing a substantial deterioration of the government's fiscal headroom at the 'AAA' rating level."

The American Petroleum Institute reportedly showed a build of 11.9M barrels of oil for the week ended April 3, its second consecutive increase after two straight declines. Gasoline inventories increased by 9.45M barrels, distillate inventories showed a draw of 177K barrels and Cushing inventories displayed a build of 6.8M barrels. Data from the Energy Information Administration to be released this morning is expected to show that crude inventories rose by 8.4M barrels last week, according to analysts polled by S&P Global Platts.
Go deeper: Exxon lops 30% off 2020 spending, maintains outlook.

Geico (BRK.A, BRK.B) giving back $2.5B amid driving shutdown.