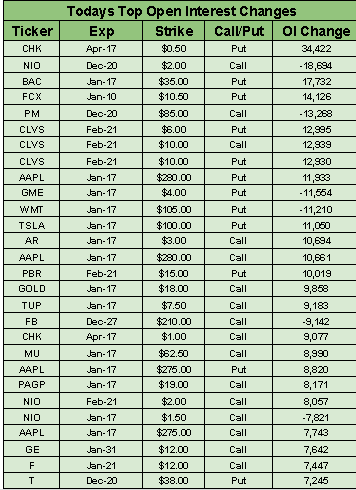 Start your engines... The boards of Peugeot (OTCPK:PEUGF) maker PSA Group and rival Fiat Chrysler (NYSE:FCAU) have backed a 50-50 share merger that would create the world's fourth-largest carmaker. It includes sweeteners to make the trans-Atlantic tie-up more attractive to U.S. regulators and PSA shareholders, as automakers invest billions in new technologies, such as electric cars and self-driving vehicles. The combined company will be led by PSA Chief Executive Officer Carlos Tavares, with Fiat Chairman John Elkann holding the same role at the enlarged firm. A shock lawsuit filed by GM (NYSE:GM) last month over alleged union bribing did not affect the merger terms, FCA CEO Mike Manley told reporters, adding that the claim was "meritless."

As part of a new four-year labor contract with the UAW union, Ford (NYSE:F) said it will invest nearly $1.5B in two Michigan assembly plants, creating about 3,000 factory jobs. Part of the money will be spent on retooling for electrified versions of its top-selling F-150 pickup truck, the company’s profit engine, as well as battery-assembly operations. Across European equities, shares in Volvo (OTCPK:VOLVY) advanced 4% after the company agreed to transfer its Japanese truck business to Japan’s Isuzu Motors (OTCPK:ISUZY) in a deal worth $2.3B.
Go deeper: Michael Gayed says Ford faces a difficult future.

Headway made on supersonic travel

NASA officials have approved the final assembly of the X-59 QueSST, the supersonic X-plane designed and being put together by Lockheed Martin (NYSE:LMT). A long pointed nose and sharply swept wings ensure that the individual pressure waves created by an airplane surpassing Mach 1 never converge, resulting in a soft "thump" rather than a loud sonic boom. Test flights are scheduled for 2021 and will help establish new rules for commercial air travel (the boom had led U.S. authorities to ban supersonic passenger flights over land in 1973).
Go deeper: Nikolaos Sismanis gives six reasons LMT will keep flying higher.

The S&P closed higher for the fifth consecutive session on Tuesday, notching its longest winning streak since November. Stronger-than-expected housing data continued to support the bullish case for stocks as investors await more details about a preliminary trade agreement between the U.S. and China. Futures contracts linked to the DJIA are now up by 24 points, while S&P 500 and Nasdaq futures are ahead by 0.1%.
Go deeper: Demand for hedging against a sharp drop in the S&P 500 has gone up recently, writes David Pinsen.

Google (GOOG, GOOGL) has reached a settlement worth almost half-a-billion dollars with Australia's tax office amid a longstanding dispute over its tax practices between 2008 and 2018. Big Tech has faced criticism globally for reducing their tax bills by booking profits in low-tax countries regardless of the location of the end customer. The Australian Taxation Office has netted A$1.25B over the past two years after signing tax settlements with Microsoft (NASDAQ:MSFT), Apple (NASDAQ:AAPL) and Facebook (NASDAQ:FB) under the Multinational Anti-Avoidance Law.
Go deeper: 'Trimming My Tech Titans' by Eric Landis.

Casino stocks could see some volatility as Chinese President Xi Jinping arrives in Macau to mark the 20th anniversary of its handover to China. A slew of supportive policies are expected to be announced, aimed at diversifying Macau's casino-dependent economy into a financial center, including a new yuan-denominated stock exchange. They're widely seen as a reward for the territory's stability and loyalty, unlike the former British colony of Hong Kong, which has been rocked by six months of anti-government protests.

"Based on their titles, the rules appear to be narrowly tailored to address specific national security issues, which should go a long way to calming the nerves of those in industry concerned that the administration would impose controls over broad categories of widely available technologies," said Kevin Wolf, former assistant secretary of commerce for export administration. The rules, which could cover sectors from AI and quantum computing to 3-D printing and robotics, will also be submitted to international bodies for approval so that they may be implemented overseas, not just by the U.S.

The nicotine formula used by Juul (JUUL) is nearly identical to the flavor and addictive profile of Altria's (NYSE:MO) Marlboro cigarette brand, according to researchers at the Portland State University in Oregon. Another study published in the American Journal of Preventive Medicine suggested that vapers had 1.3x the risk of developing respiratory disease compared to non-smokers, while cigarette smokers had 2.5x the risk. In related news, British American Tobacco (NYSE:BTI) and three other e-cig makers have been banned by the U.K. advertising watchdog from promoting their vaping products on public Instagram pages.