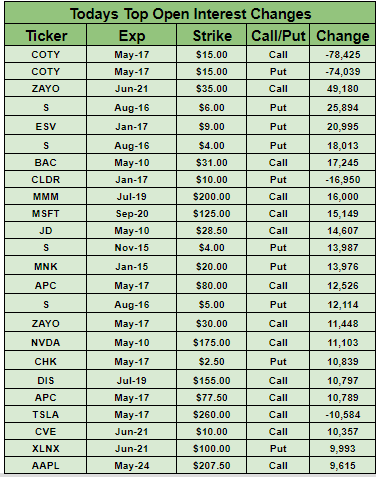 Wall Street is looking to stabilize following last night's 473 point fall for the DJIA, as Chinese trade negotiators travel to Washington for high-level talks on Thursday and Friday. That leaves at least one more day for markets to contemplate how the talks will turn out and whether the cracks showing in the stock rally are real. It's also possible the rout sparked by President Trump's tariff threats won't be bad enough to force a rethink, giving him a green light to impose the new levies. Contracts tied to the Dow have wavered between slight gains and losses overnight, with similar movement seen by S&P 500 and Nasdaq futures.

A year after the U.S. pulled out of the Iran nuclear accord, Tehran declared it's no longer committed to parts of the deal. President Hassan Rouhani said the remaining signatories - the U.K., France, Germany, China and Russia - had 60 days to implement their promises to protect Iran's oil and banking sectors, giving them a choice of following President Trump or engaging with the Islamic Republic in violation of American sanctions. Iran will also begin to build up its stockpiles of low enriched uranium and heavy water, and threatened to resume construction of the Arak nuclear reactor.

Pound on edge as support builds to oust May

Sterling slipped 0.2% overnight to $1.3048 with Theresa May's future hanging in the balance as Brexit-supporting members of the 1922 Committee believe they are close to securing enough support for another attempt to oust her. May is currently protected by guidelines that say she cannot face another challenge from Tory MPs within 12 months of the previous no-confidence vote, which she won in December, but more members of the committee are considering backing a rule change if she doesn't commit to setting out a timetable for her departure.

Google (GOOG, GOOGL) launched the $399, 5.6-inch Pixel 3a, nearly half the price of the last Pixel device, as well as the 6-inch Pixel 3a XL priced at $479. The tech giant also unveiled augmented reality technology that enables users to view renderings of some specialized visual search results and privacy, while it offered a preview of voice technology that lets users make rental car bookings. Smarthome efforts? The new Nest Hub Max, which is part Assistant smart speaker and part Nest camera, will come this summer.

Lyft (NASDAQ:LYFT) will soon begin offering rides from self-driving cars operated by Waymo (GOOG, GOOGL) in suburban Phoenix, in what would be one of the bigger commercial deployments of robo taxis so far. The tie-up is the latest example of how tech companies and automakers developing the technology are increasingly turning to each other to help defray costs or expand their offerings. General Motors' (NYSE:GM) self-driving division, GM Cruise, on Tuesday announced it raised an additional $1.2B, including from investors Honda (NYSE:HMC), SoftBank (OTCPK:SFTBY) and T. Rowe Price (NASDAQ:TROW).

Huawei CFO Meng Wanzhou is scheduled today to appear at a court in Vancouver as she continues to fight against extradition to the U.S. Meng is accused of violating U.S. sanctions on Iran and the case is thought to have led to trade tensions between Ottawa and Beijing, including a canola oil ban. President Trump has further hinted in the past that he could intervene in Meng's case if it helped seal a trade deal with China.

Beyond Meat is still sizzling

Beyond Meat shares are up another 3% premarket, after climbing nearly 6%yesterday, as shares have now skyrocketed 225% since the plant-based meat maker's IPO on May 2. The spike followed a Buy rating initiated by Bernstein - which noted some competition from the Impossible Burger and forthcoming products planned by Nestle (OTCPK:NSRGY) and Tyson (NYSE:TSN) - but the fact that the company has already mastered mass manufacturing gives the Southern California firm an edge. On a related note, options trading on Beyond Meat begins today.

Bitcoin (BTC-USD) slips after hackers steal $41M worth of the crypto.

Uber (UBER) drivers call for a strike ahead of $90B IPO.

London chosen as base for WhatsApp (NASDAQ:FB) payment push.

Siemens (OTCPK:SIEGY) spins off struggling Power unit, will GE (NYSE:GE) do the same?