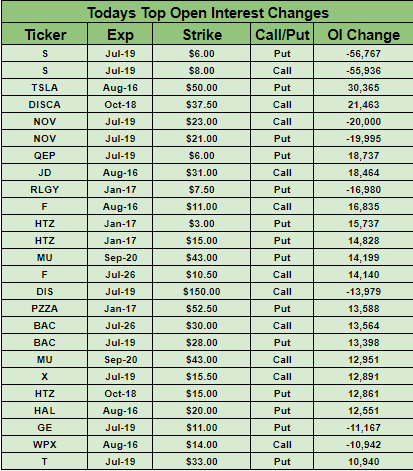 Mixed bank earnings and comments from President Trump that the trade war has a "long way to go" put a halt to the five-day rally in U.S. shares on Tuesday, though fresh records are back in focus. Dow and S&P 500 futures are up 0.2%, while contracts tied to the Nasdaq are pointing to gains of 0.3% at the open. A wave of quarterly reports from Netflix (NASDAQ:NFLX) and other top-tier, high-growth companies starting today could fuel more stock gains or put an end to the market's recent strength. FAANGs and Microsoft (NASDAQ:MSFT) account for about 17% of the S&P 500's $26T market cap, making reaction to their quarterly results key to Wall Street sentiment.

Earnings season in Europe is also kicking into high gear, led by Dutch semiconductor giant ASML (NASDAQ:ASML) and Swedish telecom equipment supplier Ericsson (NASDAQ:ERIC). ASML's forecasts for sales and margins in the third quarter both missed consensus, though it maintained its overall outlook, lifting shares 5.4% premarket in the U.S. Ericsson meanwhile fell 5.3% ahead of the open, posting earnings that missed analyst estimates for the first time in six quarters and warning its rollout of 5G mobile networks in Asia would weigh on profits. CEO Borje Ekholm said that while Ericsson is gaining market share, it hasn’t won any contracts as a direct result of rival Huawei's troubles.

Taking action to appease regulators, Amazon (NASDAQ:AMZN) has reached a deal with Germany's antitrust authority to overhaul its terms of service for third-party merchants. While neighboring Austria ended a similar probe, the EU overnight opened a formal investigation into Amazon's "dual role" as both a merchant and a marketplace. U.S. lawmakers separately grilled the retail giant on Tuesday over how the company treats merchants, with Amazon associate general counsel Nate Sutton denying the company uses individual data to directly compete with smaller sellers.

Legislators also demanded explanations from Apple (NASDAQ:AAPL) about charges for apps and in-app purchases, Facebook (NASDAQ:FB) for its rapidly changing privacy policy and Google (GOOG, GOOGL) over whether its rivals are demoted in search results. Other congressional panels focused on Facebook's plans to bring out its Libra cryptocurrency, with Bitcoin (BTC-USD) sliding 8% below $10K during the session and losing almost a third of its value since last week. President Trump separately said that his administration should look into Google's ties to China, elevating the political risk of the company’s yearslong effort to build a presence in that market.

The multi-year strategic deal will enable AT&T (NYSE:T) Business Solutions to migrate internal applications to the IBM (NYSE:IBM) cloud, while the latter will make AT&T Business its primary provider of software defined networking. The partnership builds on IBM's $34B acquisition of open-source software firm Red Hat, which closed last week, and strengthened IBM's standing in the hybrid cloud market that manages software and other systems across different cloud services and their own data centers.

Putting new strains on NATO, the U.S. will begin withholding sales of the advanced F-35 to Turkey after Ankara received the new S-400 missile defense system from Russia. Lockheed Martin (NYSE:LMT), which derives around 30% of its sales from the F-35, has played down the impact of Turkey's potential expulsion from the program in recent weeks, saying other countries are awaiting planes that would have been sold to Turkey. The development stands to affect the Turkish economy, however, with many local companies manufacturing hundreds of parts for the fighter.

Before the trade war

The Trump administration has blasted a WTO decision that could let China levy sanctions on the U.S. if the latter doesn't recalculate its anti-subsidy tariffs dating to 2007. The surprise is that the case dates back to the Obama-era and is unrelated to the current levies placed on $250B in Chinese goods. The U.S. had slapped anti-subsidy tariffs on Chinese exports including solar panels, wind towers, steel cylinders and aluminum extrusions - exports that it valued at $7.3B at the time.