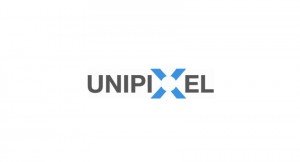 I've been in quite a few upside trades for $UNXL the last couple of months, and most have resulted in some nice gains. This is one of those stocks people either hate to love or love to hate, essentially. When it comes to $UNXL, the longs and shorts are even prepared to go down with the ship, which is saying something. The shorts think this is a ship with many holes, figuratively speaking. The longs think the stock is impervious to downside.

So who's right and who's wrong? We just may find out this coming week as $UNXL reports their earnings -- or lack thereof -- this coming Thursday after the bell. Still, it's not this last quarter that we're concerned about. Rather, it's what we have coming next quarter and the quarter after that that really matters.

Analysts are expecting $3 a share next year, $4.60 the year after that and $5.95 in 2016. Those are huge numbers and also why I think this could be a $100+ stock in 2014. The problem, though, is that the company has yet to come through for its investors. Simply put, it's been a whole lot of promises and a bunch of nothing in the end. And this time around, I think the shareholders will be the ones prospering.

But beware, for the shorts have also truly bet the farm on 100% failure. They think $UNXL will fail yet again, the stock will crumble back to $5 and that they will cover and move on to the next stock. Need proof? Here's why:

Almost 65% of the shares on $UNXL have been borrowed to be sold short. This is a huge, even a gargantuan, number and it's one you don't see often. When the term "short squeeze" is used we see 30-40 maybe 50% short interest, which is big enough. But $UNXL has 65% short interest! That's a mind-boggling number and it could blow up in the shorts' faces come earnings report on Thursday.

Let's start with the chart. This week's action is decidedly bearish. However, if $UNXL can break upward out of the wedge, it's a whole new ball game. 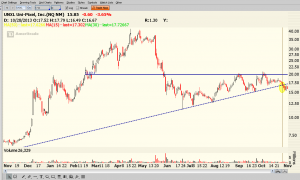 Short interest is up into "mind-boggling" territory, pure and simple. I think we all know what happens when everyone is positioned for a move lower: the exact opposite.

In support of this thesis, just look at the recent short data. Short traders have piled into this trade:

The market is pricing in a $2.22 move this coming week. That's an over-ten-percent move. I think the calls, trading for upside, will be the profitable path for $UNXL earnings, and I still see this stock trading over $40 before year's end and then $100 next year. If the company comes through, this stock will be the $TSLA of 2014. It will defy the horde of bears and make those who bought the stock/calls a lot of money.