The way we communicate continues to change at an increasing rate.  Smoke signals?   Mirrors?  Grunts.  Morse Code.  Remember those beepers?  Beepers?  What the heck is a beeper? 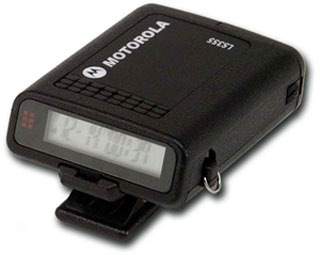 A beeper was one of the more sought after communication tools of the 80's and 90's.  People could not leave home without their beeper.

Today people would laugh at the beeper.  To describe it today... it does have a ridiculous vibration to it.  But back then... the beeper was worth about 100k twitter followers.

Since then technology has exploded.  Yesterdays beeper is today's smart phone, tablet, IPAD....

The communication of 15 years ago via 10 numbers illuminated  on a vibrating black beeper is now mindless apps and methods to share lifes  daily ideas, pictures, ego trips, struggles, and achievements.

Those who recognized this change early hit the veritable jackpot.  Facebook morphed from an idea over 10 years ago to a 1/3rd of a Trillion dollar company in 2015.  Youtube, Snapchat, Instagram, and Twitter are just some of the many ways to communicate

How about WhatsApp?  Whats App?  I have no idea.  I never used it.  But last year Facebook bought it for $19 BILLION.

Hey anyone know What WhatsApp is?

Which brings me to today's question.  What is Twitter worth?

Today Twitter closed the trading session at an all time low.  The company is now mulling expansion of its communication rules.

The premise of Twitter is a 140 character limit in which to communicate with.   To take a thought, an idea, an observation and share it in 140 characters - it required skill, and brevity.

On the flip side, those scouring the twitter stream were given updates, observations, data, information in a short and concise fashion.

You know that friend that likes to hear himself talk.  The same one that opens a 10,000 character narrative when you hit 'read more' on Facebook, he's confined to only 140 characters.  It's a great premise.  Just get to it already.  I don't need every single detail.

I can scroll through twitter in the morning and in as little as 3 minutes know where the stock market is going to open, what news and data is on tap for the day, and a host of other information... all via 140 character snippets.

The 140 character limit gives it the text message feel.  Except that text message is shared with potentially millions of people.   You are text messaging the world.

Want to know what's on fire in the distance?  Odds are your local news channel is showing the afternoon soaps, but twitter isn't.  Someone is likely stuck in traffic, or involved with that fire.  Twitter has become the go to resource for news.

Look no further than Donald Trump.  He's on twitter 24 hours a day.  Judging from his Twitter feed - he doesn't sleep.  What better, more cost effective way to communicate, defend your position, share your thoughts, than twitter?  It's free.  It's open.  And it has over 300 million active users.

Where else can you contact a celebrity, sports athlete, actress, or a business and get an instantaneous response.  Twitter.

Twitter is a lot more than just 140 characters, which ironically is part of the reason why I am writing today.

Twitter is expanding its character count.  My immediate reaction is...BAD IDEA.  To me Twitter is all about quick burst.  Small snippets.

But longer term I think the move to allow longer tweets, while keeping the 140 character theme, is a surprisingly good idea.  But like the 140 character limit, it means nothing to investors of the stock if the company makes no money from it.

And that is why the stock closed at a record low today.

Show me the money.

Comparing Facebook and Twitter is like comparing Apple Cider and Vinegar.  But it is worth noting the market cap to active user ratio from a social media perspective.

Those ratios will never come in line, but I think they have become stretched in opposite directions.

Will Twitter become the beeper of 2010's?    I see some referring to it as the MySpace of the internet.

I am in Twitter calls for a move higher off this record low close.  Perhaps there is more downside in the days ahead.  I was wrong about Twitter for a lot of 2015.  It has its bounces, but overall it was a nasty year for the stock.  I think 2016 will be a turn around year and it will trade back into the $30's.

Twitters character count raise, while initially a shocker, will likely mark the bottom for the stock in 2016.  While it may not surge to triple digits, I think it will outperform its social media peers in 2016.