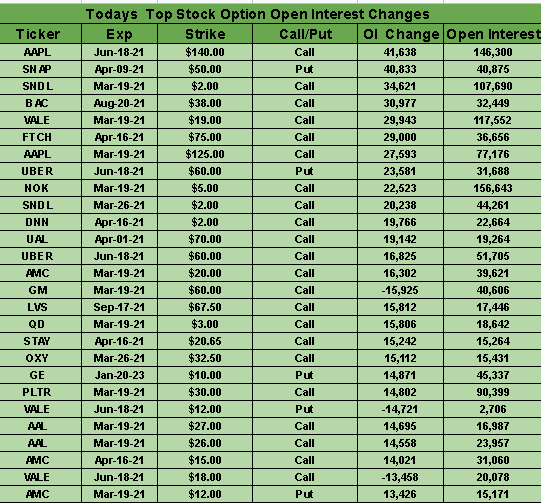 President Biden is planning the first major federal tax hike since 1993 to help pay for a long-term economic program designed as a follow-up to the $1.9T coronavirus relief package, according to Bloomberg. The next initiative, which could come at a cost of $2T-$4T, would be paid for via increases in both the corporate tax rate and the individual rate for high earners. The goal is funding key initiatives like infrastructure and climate change, as well as expanding help for the poorest Americans.

What's on the table? While the White House has rejected an outright wealth tax, as pitched by Senator Elizabeth Warren, it does target the wealthy. Proposals: Raising the income tax rate on individuals earning more than $400,000 per year, expanding the estate tax's reach and implementing a higher capital gains tax rate for individuals earning at least $1M annually. It could also raise the corporate tax rate to 28% from 21%, pare back tax preferences for so-called pass-through businesses (such as LLCs or partnerships), as well as revise laws to stop U.S. companies from shifting jobs and profits offshore.

"While the next major fiscal proposal might come with a large headline number, it is likely to have a much smaller impact on growth in 2021 and 2022, as the spending will be more evenly distributed over several years and some of it will likely reflect spending that would have happened in any case," Goldman Sachs wrote in a research note.

Go deeper: Helping to pay for Biden's domestic agenda, Treasury Secretary Janet Yellen is reportedly working with countries worldwide to forge an agreement on a "global minimum tax" for multinationals. Back in January, at her confirmation hearing, she said she wanted to work with the OECD to prevent a "race to the bottom" on corporate taxation. However, any OECD deal could be challenging because of its non-binding nature, and would likely need to be approved by Congress, which may be difficult depending on the specifics.

Germany, Italy, France and Spain joined the ranks of European countries that have temporarily halted use of AstraZeneca's (AZN) COVID-19 shots after several countries reported possible serious side-effects. The move is another blow to the continent's sluggish vaccination rollout and threatens the credibility of the jab itself. Denmark and Norway stopped giving the shot last week after reporting isolated cases of bleeding, blood clots and low platelet count. Iceland and Bulgaria followed suit, Ireland and the Netherlands announced suspensions on Sunday, while Sweden and Latvia have also jumped on the bandwagon.

Quote: German Health Minister Jens Spahn announced that although the risk of blood clots was low, it could not be ruled out. "This is a professional decision, not a political one," he said, adding he was following a recommendation of the Paul Ehrlich Institute, Germany's vaccine regulator. Seven cases of blood clotting were reported in Germany following the administration of 1.6M doses in the country.

Others feel differently. The World Health Organization reiterated there was no proven link and people should not panic, while agency chief Tedros Adhanom Ghebreyesus said an advisory committee meeting on AstraZeneca would be held today. The European Medicines Agency also declared there was no evidence of a link between the reported blood clots and the vaccine and recommended the use, saying the benefits outweigh possible risks.

Outlook: "If the vaccine rollout is delayed in Europe and that were to mean that there were some more extensive lockdowns on the economy in Europe - then that could slow down the pace of global trade," said Steve Cochrane, chief Asia-Pacific economist for Moody’s Analytics. "It adds some modest risk to the role that Asia plays in terms of the global economic turnaround."

Turning point for the airline industry?

Americans are taking to the air again as COVID-19 restrictions ease across many parts of the U.S. About 2.5M passengers went through airport checkpoints nationwide this past weekend, according to the TSA, and nearly 1.4M traveled on Friday, making it the busiest day for air travel since before the pandemic. The news sent airline stocks higher on Monday, with United Airlines (NASDAQ:UAL) climbing 8.3%, while shares of American Airlines (NASDAQ:AAL) and Delta (NYSE:DAL) rose 7.7% and 2.4%, respectively.

Some optimism? United CEO Scott Kirby, who has been generally pessimistic when it comes to a return to air travel in the near term, announced that the carrier would see positive cash flow from March. It's not only about last weekend's numbers - bookings are also way up. Southwest (NYSE:LUV), JetBlue (NASDAQ:JBLU) and Alaska Air (NYSE:ALK) also said Monday that more people were making plans to travel, helping to pare expected revenue declines this quarter.

Delta CEO Ed Bastian added that daily net sales for the first couple of weeks of March were about 30% higher than the average for February, and airlines are seeing increased bookings that are more than 60 days out. "We've seen some glimmers of hope over the last year, but they've been false hope," he declared. "This seems like it's real."

Outlook: While it's definitely a rosy picture, other figures still need to be accounted for. Airlines face some hefty payments from the pandemic, like paying down their debt and severance costs for employees that took buyouts. In fact, U.S. airlines carried 60% fewer passengers in 2020 than in 2019 - bringing passenger traffic to the lowest level since the 1980s - and major carriers lost about $35B. The CDC still advises against travel, while the rise of more contagious COVID variants and new testing requirements for people arriving from abroad could also have a chilling effect.

Starting in the early spring, a feature dubbed "App Tracking Transparency" will be rolled in an update for iOS 14, requiring apps that gather tracking data to ask Apple (NASDAQ:AAPL) users for permission. The update was already supposed to arrive in September of last year, but it was delayed following pushback from firms including Facebook (NASDAQ:FB). The new rules also stipulate that if companies use alternatives to the identifier for advertisers, called the IDFA (somewhat analogous to an advertising cookie on the web), their app can be blocked or suspended from the App Store.

Backdrop: Apple has been positioning itself as a protector of digital privacy, hoping to draw users by marketing itself as a privacy-focused company. But many have been angered by the move, like Google (GOOG, GOOGL) and Facebook, whose business models greatly depend on monetizing eyeballs on every possible platform. Apple has been sparring with the companies over data collection practices, both privately and publicly, with the latter arguing that it will undermine connectivity, as well free services supported by targeted advertising. Apple may also have to justify the billions of dollars a year it receives for making Google the default search engine on Safari, which likely uses the same data gathering techniques that it has criticized.

How will Apple's new feature work? The next update will create a prompt asking users if they are okay with being tracked while moving from app to app so their ads can be personalized. Experts think that about 70%-80% of people will say "No" to the tracking feature, which could spell trouble for tech companies that make big bucks on targeted advertising. Several other privacy changes will see the notification LED light up when apps are accessing the device's microphone or camera, while users will be able to share specific photos with apps instead of giving them permission to their entire camera roll.

Some of China's tech giants, like TikTok owner ByteDance (BDNCE) and Tencent (OTCPK:TCEHY), are testing a tool that would bypass the new rules and would be able to continue tracking iPhone users without consent. It's an area companies are interested in preserving, given the big business that it has generated over the past decade. If firms can get around the privacy prompt, they can continue to track how users take action from one app to another, aggregate the data and then target them with specific advertisements. Will Apple turn a blind eye or will the company enforce its rules?