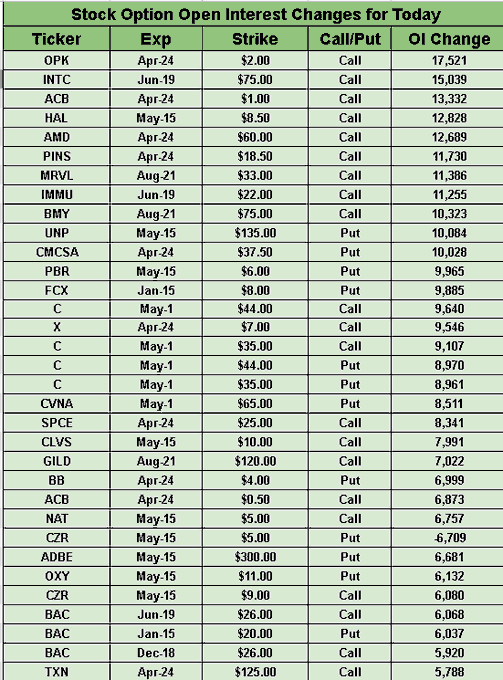 May WTI crude contracts (that expire today) crashed into negative territory for the first time ever on Monday, with markets awash in so much crude that storage space is becoming harder to find. Demand is down 30% worldwide amid travel restrictions and lockdowns to contain the spread of the coronavirus, while output cuts from the world's largest producers came too late to the show. Hopes that things would fare better today have now been dashed, with WTI contracts for June tumbling as much as 42% overnight to $11.89/bbl.
Go deeper: 'Negative Oil And What It Means For Oil Prices Going Forward' by HFIR.

Following the collapse in prices, Saudi Arabia and other OPEC members said they are considering cutting their oil production as soon as possible, rather than waiting until May 1. The Trump administration is meanwhile debating a halt to Saudi crude imports and may add 75M barrels to the Strategic Petroleum Reserve. Struggling to repay its ballooning debts, the U.S. energy industry has additionally asked the Fed to change the terms of a $600B lending facility, with storage infrastructure struggling to catch up with the shale boom.
Go deeper: Harrison Schwartz says USO should be avoided even if prices head higher.

S&P 500 futures fell 1.4% alongside global stocks as a crash in crude prices adds to the latest bout of market turbulence sparked by the COVID-19 pandemic. More anxiety was seen in the bond market, where yields on the 10-year Treasury note fell 5 bps to under 0.60%. Traders are also keeping an eye on earnings season, with Coca-Cola (NYSE:KO) expected to beat estimates despite weaker volumes and Netflix (NASDAQ:NFLX) forecast to post a jump in revenue due to stay-at-home streaming.

The oil plunge is adding to the woes of Boeing (NYSE:BA) and Airbus (OTCPK:EADSY), which spent more than a decade racking up record orders for new planes - 737 MAX and A320neo - they boasted could save millions in fuel costs. "One thing that kept the industry aloft during the great financial meltdown [in 2008] is fuel prices actually rose," said aviation analyst Richard Aboulafia. Globally, jet-fuel demand is set to drop 47% Y/Y in Q2, nearly twice the rate of the forecast decline in gasoline consumption and more than 3x the rate of the drop in diesel, according to S&P Global Platts.
Go deeper: U.S. Treasury sends first payments to airlines.

The South Korean government has refuted a CNN report that stated Kim Jong-un was in "grave danger" after undergoing a surgical procedure, saying there were "no unusual signs" regarding the leader's health. The Korean won weakened following the rumor, falling 1.08% to trade at 1,233.83 per dollar, while South Korean markets saw sizable declines, with the KOSPI and KOSDAQ indexes sinking as much as 1.9% and 2.3%, respectively. Some even linked a drop in U.S. stock futures to the unconfirmed report.

The latest retail casualty from the coronavirus pandemic may be Lord & Taylor, which is exploring bankruptcy protection after temporarily shutting all of its 38 U.S. department stores, Reuters reports. Neiman Marcus also plans to file for bankruptcy as soon as this week, while J.C. Penney (NYSE:JCP) is considering a similar move. Fashion startup Le Tote acquired Lord & Taylor last year from Saks Fifth Avenue owner Hudson's Bay (OTCPK:HBAYF), in a C$100M deal that also included real estate, ownership stakes and board seats.

Biggest services expansion in a decade

Apple (NASDAQ:AAPL) is launching its App Store, iCloud, Apple Podcasts, Apple Arcade and Apple Music - watch out Spotify (NYSE:SPOT) - to dozens of new markets in Africa, the Middle East and beyond. It's an important expansion for Apple, which is seeking to grow more revenue from selling services as customers have slowed in upgrading their phones. In fact, Apple's services segment set an all-time revenue record last quarter and totaled 17.8% of $260.1B in sales during the most recent fiscal year.

Facebook (NASDAQ:FB) is banning posts and groups that promote anti-lockdown protests (or any in-person gatherings) that don't comply with government health directives like social distancing. While the events have been relatively small, many have grabbed attention on social media as the debate about when and how to reopen the economy becomes political. In other protest news, more than 300 Amazon (NASDAQ:AMZN) workers from across 50 facilities are planning to stage a "mass call out" this week over greater COVID-19 safety protections.

Beyond Meat (NASDAQ:BYND) is teaming up with Starbucks (NASDAQ:SBUX) for its China debut as the latter launches a new menu that will feature the company's plant-based beef in pastas and lasagna. It will go a long way for Beyond's expansion into Asia, where meat alternative products still have not experienced the popularity boom seen in the U.S. and parts of Europe. As part of the launch, Beyond will establish a Chinese-language website, as well as make use of popular social media channels Weibo and WeChat.

Australia's second largest airline is entering voluntary administration, after failing to secure the required financial assistance from state and federal governments. It's one of the first big carriers to seek bankruptcy protection, with more than 10,000 employees and a roughly 31% market share on domestic routes. "If Virgin Australia (OTC:VBHLY) disappears, Qantas (OTCPK:QABSY) would effectively have a monopoly of the Australian skies," wrote British billionaire Richard Branson, whose Virgin Group owns a 10% stake in the airline. "We all know what that would lead to."

WeWork (WE) committee pushes back against SoftBank (OTCPK:SFTBY).