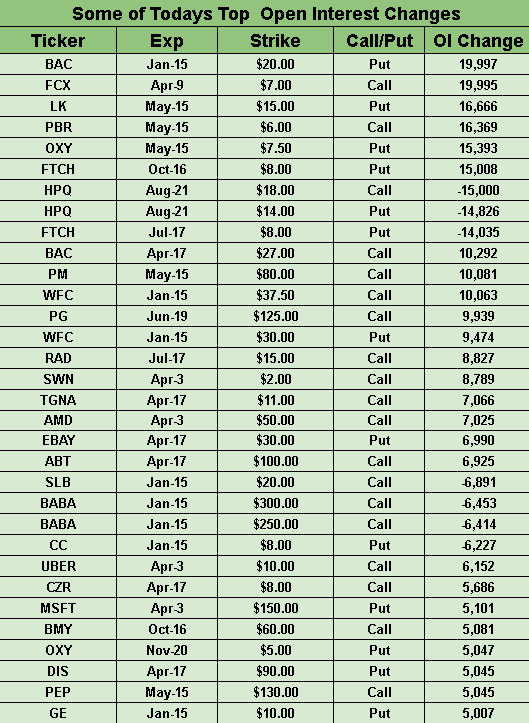 In response to the collapsing crude market, shale drillers Pioneer Natural Resources (NYSE:PXD) and Parsley Energy (NYSE:PE) have asked Texas oil regulators to convene an emergency meeting to consider production curbs. The request comes even as the American Petroleum Institute criticized such actions as a "shortsighted" and "anti-competitive" effort that will "harm U.S. consumers and American businesses." Parsley CEO Matt Gallagher thinks Texas production should be cut by 20%, telling Bloomberg such action from a state level would "help enable discussions at an international level from our federal government."
Go deeper: Shell says price war, coronavirus impacts reflected in March.

Moody's Investors Service has lowered its outlook on U.S. corporate debt from stable to negative, saying that a coronavirus recession will result in rising default rates. "Government support will cushion the blow for some companies, but it is unlikely to prevent distress at businesses with less certain long-term viability," wrote Senior Credit Officer Edmond DeForest. The situation is especially troubling as non-financial corporate debt totaled $6.6T at the end of 2019, a 78% increase since the Great Recession ended in mid-2009.
Go deeper: Yum Brands breaks market's junk bond fast.

Transaction volumes at Visa (NYSE:V) have been hit due to the coronavirus pandemic, leading it to forecast mid-single digit percentage revenue growth for Q2. "As countries have imposed social distancing, shelter-in-place or total lock-down orders, domestic spending, most notably in travel, restaurants, entertainment and fuel, has sharply declined week on week," according to a regulatory filing. For March: U.S. payments volume fell 4% Y/Y, cross-border volumes on a constant-dollar basis sank 19% Y/Y and processed transactions slipped 2% MTD.

Furloughs at Macy's (NYSE:M) will affect the "majority" of its 125,000 workers, while Gap (NYSE:GPS), which owns Old Navy and Banana Republic, said it would furlough nearly 80,000 store employees in the U.S. and Canada. L Brands (NYSE:LB) is suspending most store staff, Nordstrom (NYSE:JWN) is putting "a portion of corporate employees" on temporary leave and furloughs total 85,000 at Kohl's (NYSE:KSS). It's a stark sign of how devastating the coronavirus will be on many apparel and accessories retailers which were already under pressure before COVID-19.

Some Whole Foods employees are planning to call in sick today to protest what they say is a lack of protections offered to workers during the coronavirus pandemic, Vice reports. The latest protest is happening even after Amazon (NASDAQ:AMZN) increased hourly pay for its staff, offered to provide two weeks of paid sick leave to workers who test positive for COVID-19 and said it would not penalize anyone for calling in sick. Amazon's stock price has largely weathered the coronavirus crisis, closing back at $1,963 on Monday, or roughly where it was trading before the market selloff.
Go deeper: Amazon workers go on strike in Italy.

Ford (NYSE:F) and GE Healthcare (NYSE:GE) are partnering up to begin production on third-party ventilators. The companies have a goal to produce 50K units within 100 days and create the capability to have production quickly scaled to help meet growing demand in the U.S. amid the pandemic. The simplified ventilator design can meet the needs of most COVID-19 patients and relies on air pressure without the need for electricity.
Go deeper: Medtronic publishes ventilator design specs.

Firearm sales have picked up during the coronavirus outbreak, with long lines seen at stores nationwide. Though advisory in nature, the federal government has now classified the industry as an "essential business" that shouldn’t be closed during shutdowns. New Jersey reversed course because of the new guidance, while Pennsylvania's governor is allowing gun stores to operate with new social-distancing rules even after the state Supreme Court backed his initial decision to close them down.

The coronavirus economic freeze could cost 47M jobs and send the unemployment rate past 32%, according to the latest projections from the St. Louis Fed. They reflect the high nature of at-risk jobs that ultimately could be lost to a government-induced economic freeze aimed at halting the spread of COVID-19. A record 3.3M Americans filed initial jobless claims for the week ended March 21 and economists expect another 2.65M or more to join them this week.

Signs of life for China's factories

China's official manufacturing PMI bounced to 52.0 in March, up from a record-low 35.7 in February, signaling a revival in activity even as much of the rest of the world is shut down. "This does not mean that output is now back to its pre-virus trend. Instead, it simply suggests that economic activity improved modestly relative to February's dismal showing, but remains well below pre-virus levels," said Julian Evans-Pritchard, senior China economist at Capital Economics. Economists are already forecasting a steep contraction in China's Q1 GDP, with some expecting a Y/Y slump of 9% or more, marking the first such contraction in three decades.

American Airlines (NASDAQ:AAL) will apply for up to $12B in aid.

Worries over the news industry's survival.

Hiring freeze, but no layoffs at AmEx (NYSE:AXP).