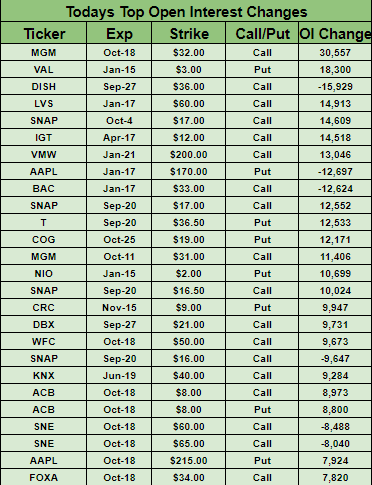 The FOMC is expected to trim interest rates today for the second time in 2019, but the question is whether Jerome Powell will give markets what they want to hear regarding plans for future cuts. While economic data in the U.S. has been stronger than expected, the central bank is attempting to buy an insurance policy against slowing growth due to fallout from the U.S.-China trade war, Brexit and geopolitical tensions. Mid-cycle adjustment or second step in an easing cycle? Traders are holding their breath ahead of Powell's presser, and accompanying dot plot, as U.S. stock index futures hug the flatline.

Repo, we have a problem

Policymakers have been thrown another unexpected curveball as cash available to banks for their short-term funding needs all but dried up on Monday and Tuesday. That forced the New York Fed to make an emergency injection of more than $50B, its first since the financial crisis, to bring down key short-term rates that had spiked to as high as 10%. Fed traders will be back this morning to restore calm by offering another $75B of cash to the market.
Go deeper: 'The Risk Of A Liquidity-Driven Event' by Lance Roberts.

Latest on the GM strike

General Motors (NYSE:GM) has shifted health insurance costs for its striking workers to the United Auto Workers union as its members walked the picket line for the second day on Tuesday. The UAW further announced it will pay striking workers $250 a week, but that does not go very far, especially when they need to cover their own health insurance. GM's credit rating could also topple into junk bond status if the strike lasts more than a week or two, according to Moody's, which downgraded Ford (NYSE:F) to junk on Sept. 9.
Go deeper: ETFs with exposure to GM.

The Trump administration this afternoon is expected to formally revoke California's authority to set its own auto emissions standards and bar all states from setting such rules. Lawyers have said the action borders on uncharted legal territory and could end up going all the way to the Supreme Court. In recent weeks, the DOJ also launched a competition investigation into Ford (F), Honda (NYSE:HMC), BMW (OTCPK:BMWYY) and Volkswagen (OTCPK:VWAGY), which have all said they will comply with the tougher Cali standards over federal requirements.

Facebook (NASDAQ:FB) is teaming up with eyewear giant Luxottica (OTCPK:LUXTY) to develop augmented-reality Ray-Bans, sources told CNBC. The smart glasses, code-named "Orion," will take years to develop, with the company hoping to get them to consumers between 2023 and 2025. Smartphone replacement? According to the report, Facebook is including the ability to take calls, see info via a small display, livestream what the wearer sees and allow for interaction with an AI voice assistant.
Go deeper: LATEST ANALYSIS ON FACEBOOK.

South Korea is following through with plans to drop Japan from a list of countries receiving fast-track approvals in trade, a reaction to a similar move by Tokyo to downgrade Seoul's trade status. The dispute between the nations began in July when Japan imposed tighter export controls on three chemicals South Korean companies use to produce semiconductors and displays for smartphones and TVs, which are major import items for South Korea. The escalating row is rooted in wartime history and could cast uncertainty into the global supply chain and economy.

The sharp reversal in Monday's crude rally is continuing, with WTI futures down 1% to $58.77/bbl, after the Saudi Arabian oil ministry announced it will fully restore output by the end of September. Energy Minister Prince Abdulaziz bin Salman also said the ministry has managed to restore supplies to customers to the levels they were at before the weekend attacks by drawing from crude stocks. Figures released by the American Petroleum Institute on Tuesday suggested a surprise 592K barrel increase, while U.S. government data on crude stocks is due today at 10:30 a.m. ET.
Go deeper: Relative strength of U.S. Oil ETF (NYSEARCA:USO).

Battle looms over next B-52 engine contract.