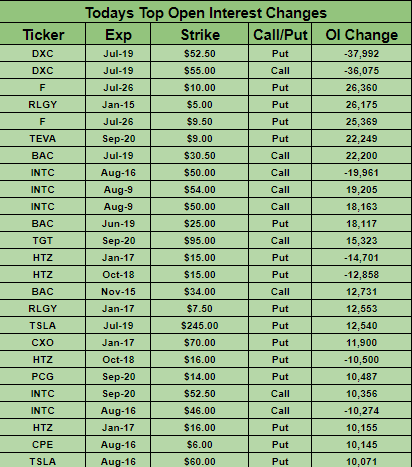 Executives from Apple (NASDAQ:AAPL), Amazon (NASDAQ:AMZN), Facebook (NASDAQ:FB) and Google (GOOG, GOOGL) are scheduled to testify today and tomorrow at multiple hearings on Capitol Hill as the FTC and DOJ reportedly look into building an antitrust case against Big Tech. Facebook (FB) is also set to defend its cryptocurrency ambitions to lawmakers, as well as the planned launch of Libra. While the hearings and potential probes can represent an overhang and risk to the FAANG group, Wedbush says investors should focus on the fundamentals in the near-term as any investigation would take years to complete. The sector witnessed firsthand when the Microsoft (NASDAQ:MSFT) probe ultimately proved to be more noise than a structural jolt to the business model.

Wall Street inched up to notch a fresh record close on Monday, but stock index futures are now in wait-and-see mode as earnings season gets underway in earnest. Goldman Sachs (NYSE:GS), JPMorgan (NYSE:JPM), Wells Fargo (NYSE:WFC) and Charles Schwab (NYSE:SCHW) will report Q2 results before the bell, along with other big names such as Johnson & Johnson (NYSE:JNJ) and Domino's Pizza (NYSE:DPZ). Citigroup (NYSE:C) kicked off the festivities yesterday with a mixed quarterly report as the bank revealed better-than-expected profits, but also a decline in its net interest margin.

Investors this morning will also have a chance to hear management's thoughts on Johnson & Johnson's (JNJ) various legal battles, as well as possible action on drug pricing by officials in Washington. Lawsuits over the opioid crisis are particularly worrying, with lawyers for the state of Oklahoma on Monday comparing the drugmaker to a cartel kingpin for fueling the U.S. opioid epidemic. JNJ shares additionally closed down more than 4% on Friday as the DOJ pursued a criminal investigation into whether the healthcare giant lied about the possible cancer risks of its talcum powder.

Crude prices are holding steady at $59 a barrel as U.S. oil companies begin restoring some of the nearly 74% of production that was shut in the Gulf of Mexico ahead of Hurricane Barry. There were 1.3M barrels per day of oil production offline in the Gulf on Monday, about 80K barrels fewer than on Sunday, according to the U.S. Bureau of Safety and Environmental Enforcement. Among those returning staff to the more than 280 production platforms that had been evacuated include Anadarko Petroleum (NYSE:APC), BHP (NYSE:BHP), Chevron (NYSE:CVX), Exxon Mobil (NYSE:XOM) and Royal Dutch Shell (NYSE:RDS.A).

Sterling fell to a six-month low overnight after a debate between the two candidates vying to be Britain’s next prime minister reignited worries about a no-deal Brexit. Both frontrunner Boris Johnson and his rival Jeremy Hunt said they would not be willing to accept the so-called Northern Irish backstop element of Theresa May's Brexit deal, which is one of Brussels' principal demands in Brexit negotiations. The pound fell 0.5% to $1.2457 on the news. If it drops below $1.2439, the currency would sink to its lowest in more than two years (excluding the "flash crash" on Jan. 3).

Ryanair (NASDAQ:RYAAY) is taking the knife to its operations in Europe, blaming possible further delivery delays of Boeing's (NYSE:BA) 737 MAX planes. It's planning to cut back service at some airports and abandon others entirely because regulators may not return the grounded MAX to service until as late as December. Ryanair had planned its flight schedule based on the delivery of 58 of the aircraft by summer 2020, but Europe's biggest budget carrier, which can only take delivery of up to eight aircraft per month, now expects to receive only 30.

Alibaba (NYSE:BABA) shareholders have overwhelmingly approved a 1-to-8 split of the company's U.S.-listed stock, a move that will "increase flexibility for capital raising activities, including the issuance of new shares." The split, which must come into effect before July 15, 2020, will also increase the number of shares available for issuance at a lower per-share price. Alibaba is reportedly considering a secondary listing of its shares in Hong Kong, an effort that may raise as much as $20B.

Evolve or be 'left behind'

In a new paper entitled "The Rise of Digital Money," IMF authors Tobias Adrian and Tommaso Mancini-Griffoli argue the two most common forms of money today, cash and bank deposits, will "face tough competition and could even be surpassed." While banks are "unlikely to disappear" as they face growing threats from big tech companies and fintech startups, "some will be left behind no doubt." It comes as PayPal (NASDAQ:PYPL) expanded further in Europe on Monday by launching its international money transfers service Xoom in Britain and 31 other countries.

After an extended flirtation, CBS (NYSE:CBS) and Viacom (NASDAQ:VIA) have set an Aug. 8 deadline to reach a deal on recombining the former sister companies, CNBC reports. That matches the day both companies report earnings for Q2, and thus a natural goal post to come to an agreement. While the two boards agree that they need scale to compete in the new world, they are leaving price out of the discussion for now while they settle strategic and management issues.

'Now is the time to be brave on Wells Fargo (WFC)' writes contributor Regents Research.

Prologis (NYSE:PLD) scoops up IPT in $4B warehouse deal.