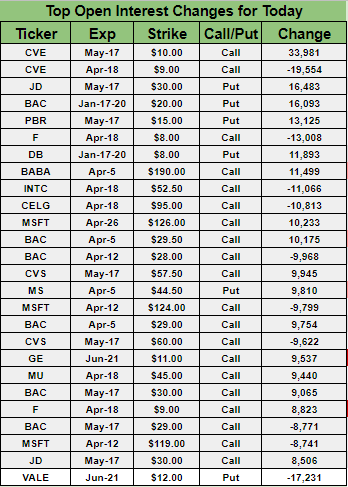 U.K. lawmakers failed to reach a majority on four new Brexit alternatives last night, prompting Theresa May to schedule five hours of crisis talks today with her cabinet. If her deal cannot be ratified by parliament, she faces three choices before an April 12 deadline: Leaving without a deal, calling an election or asking the EU for a long delay. "Over the last days a no-deal scenario has become more likely, but we can still hope to avoid it," said EU chief Brexit negotiator Michel Barnier. The uncertainty is weighing on the pound, which fell 0.3% to $1.3056.

Futures on hold after Monday's rally

After starting off April with a bang, U.S. stock index futures are pausing for breath, with the S&P 500 now only about 2% from its old historic closing high of 2,930. Stabilizing manufacturing activity in both the U.S. and China helped the advance, although some Brexit fatigue has caught on as investors consolidate gains. The 10-Year Treasury yield is ticking lower, down 2 bps to 2.47%, ahead of durable goods orders and auto sales figures in the U.S.

Singapore Airlines has found "premature blade deterioration" during routine inspections of some Trent 1000 TEN engines, leading the carrier to ground two Boeing (NYSE:BA) 787-10 aircraft in a widening turbine problem for Rolls-Royce (OTCPK:RYCEY). Blade wear has prompted previous groundings of the planes for early repairs and led to accounting charges at Rolls-Royce totaling hundred of millions of pounds. It also comes at an inopportune time for Boeing, which faces a global grounding of its best-selling 737 Max (and whose fix is now supposed to take weeks).

Shares of the ride-hailing firm opened at $87 and closed at $78 on Friday, and fell nearly 12% yesterday below its $72 IPO price. Lyft shares are pointing to further trouble this morning, down 3% to $69. Does this mean the others planning to go public this year are in trouble? No, but it sure does mean that companies like Pinterest (PINS) and Slack (SLACK) are likely going to be more cautious with their pricing.

The meatless wars have begun

Just one day after Burger King (NYSE:QSR) began testing the Impossible burger at 59 restaurants near St. Louis, Nestle (OTCPK:NSRGY) said its Incredible Burger will go on sale in supermarkets in Europe this month under the Garden Gourmet brand. Near the end of the year, a version designed for American palates called the Awesome Burger will be available where Sweet Earth brand products are sold. Nestle's plant-based business may reach more than $1B in sales within a decade, Laurent Freixe, CEO of the Americas region, has forecast.

Bitcoin back in the news

Bitcoin (BTC-USD) bounced 16% overnight to more than $4,700, according to CoinDesk data, leading other virtual currencies higher, with Ether (ETH-USD) and Ripple (XRP-USD) both rising around 6%. Bitcoin also briefly touched the $5,000 mark on the Luxembourg-based Bitstamp exchange. While sudden swings in Bitcoin are nothing new, price action in the crypto has been relatively subdued this year as investors weighed the prospects for more mainstream adoption following a 74% crash in 2018.

Chinese tech giant Tencent (OTCPK:TCEHY) has begun testing a cloud gaming platform called "Start" and is allowing people in Shanghai and the southern Chinese province of Guangdong to sign up for the trial. The efforts are still in the early stage as Tencent carries out "internal research." Google (GOOG, GOOGL) and Sony (NYSE:SNE) have already unveiled streaming game services, while Microsoft (NASDAQ:MSFT) is testing one this year.

Obamacare replacement will come after election

The healthcare industry will have to wait until after 2020 on a replacement for Obamacare, President Trump suggested Monday night, saying a "vote will be taken right after the Election when Republicans hold the Senate & win back the House." The tweet ended a week-long scramble by GOP lawmakers to come up with an Obamacare alternative after the administration unexpectedly changed its position in a lawsuit by arguing that the Affordable Care Act should be struck down in its entirety.

DowDuPont (NYSE:DWDP) has completed the spin-off of its materials science arm as part of a plan to split the chemical producer into three separate units. Shares of the new division, Dow Inc., will begin trading on the NYSE today under its historical ticker symbol "DOW." "The new Dow is a more focused and streamlined company with a clear playbook to deliver long-term earnings growth and value creation for all stakeholders," said CEO Jim Fitterling. Corteva, the agriculture unit, is set to separate from DuPont on June 1.

Wynn Resorts (NASDAQ:WYNN) is in the hot seat as the Massachusetts Gaming Commission examines the casino giant for repeatedly turning a blind eye to accusations of rape and sexual misconduct against founder and former CEO Steve Wynn. A hearing will begin today and culminate in a decision about whether to revoke Wynn Resorts' state gaming license. The casino won the permit in 2013, beating out competitors including Caesars (NASDAQ:CZR) and Mohegan Sun.

Inspectors crack down on Vale's (NYSE:VALE) dam safety in Brazil.

Will Apple (NASDAQ:AAPL) win in China? Check out an answer from contributor D.M. Martins Research.