Let's face it.  Trendlines don't always go the way you expect them to.  What do I mean by that?

From my experience the longer the trendline in time, the more reliable it ends up being.

$TSLA line in the sand

And I say trendlines matter because I know there are many who think charting is for the groundhogs.   I disagree.  This weeks Tesla chart shows exactly why charts matter. 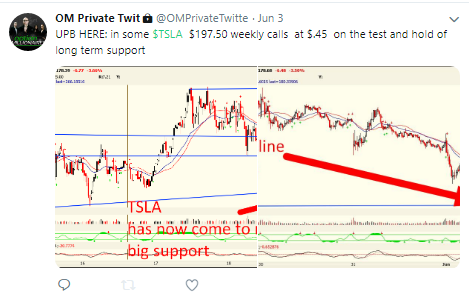 and then on Tuesday.  After an initial pull the stock started to rally.  A giant opening call sweep for August didn't hurt the cause.

Look at the trendline support...

$TSLA rallied some 15%+ this week from Tuesday to Friday after successfully testing long term support.