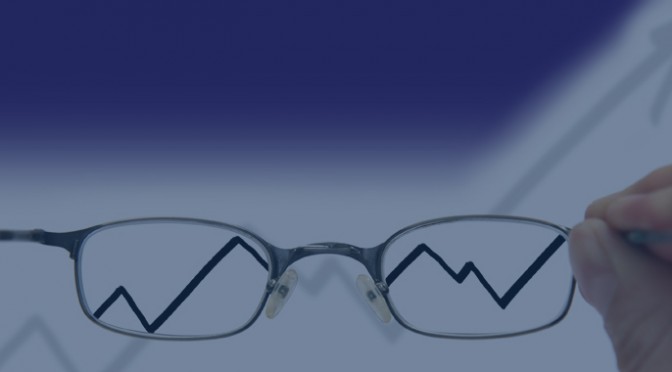 It's been a rocky ride the last few weeks since we hit fresh record highs.  Today's trading action is a microcosm of what we've seen since hitting the "top" on September 18th.

For now the September 18th high represents the top of this bull market rally since the lows in March of 2009.  But much like any record, they are made to be broken.  While some, like Lou Gehrig's 56 game hitting streak, may never be broken, I think the stock market will continue to break records heading into 2015.  But what do I know?

I know the trend still dictates an upward bias to stocks.  Until that trend breaks I will remain a drooling bull.  Hey it's worked so far.

The question is... when will that trend break and is the time now to be preparing for substantial downside?

The recent action has seen some very wild action intra-day and intra-week.  One day the market is up 1%+ the next day it is falling the most in many months.  It just can't seem to make up its mind.

I think the action is a digestion, or shall I say, the indigestion from the move to record levels.  Here we are some 6 years into a rally that almost no one, save our president, saw coming.  There are a lot of upset stomach's at having missed out on the greatest rally of our lifetime.

You see it on twitter on a daily basis.  Bubbles, tops, shorting here, shorting there, you don't complain about the market, the FED, the daily rips higher from the lows, if you are long the market.  You don't see a lot of happy traders out there.

This recent action is certainly nothing to cheer about from an option traders perspective.  Unless your buying and selling quickly, your positions are going to erode in value quickly.  On the flip side sitting back and waiting until the pepto does its trick is not a bad idea.

We could see further weakness, more volatility, and more indigestion as the days progress.  Let's not be foolish and think that downside is not possible.  It is.  But I also think you have to look at where this market has come from, and where, until the central banks step aside, this market is headed.

In the current environment I am looking at calls/puts in stocks that aren't tied to the hip of the major indices, until we get some type of resolution.

I don't think its time to unbuckle the seatbelts just yet, but we are getting closer to that point in time.