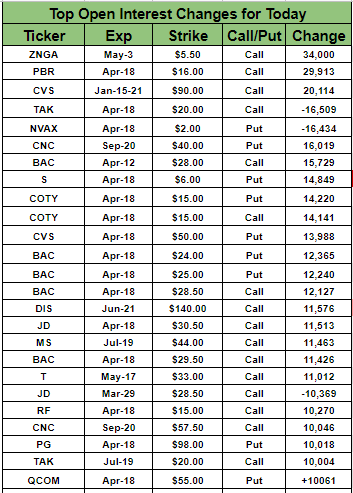 Lyft (LYFT) has increased its expected IPO share price range to between $70 and $72 per share (from $62-$68), raising up to $2.22B and valuing the ride-hailing company at around $20B. The firm is set to price its shares today and will begin trading publicly on the Nasdaq on Friday. While still not profitable, Lyft claimed 39% of the U.S. market at the end of 2018, up 17 percentage points over two years.

At a meeting in Renton, Wash., Boeing (NYSE:BA) for the first time publicly laid out its proposed updates to 737 MAX software that it hopes will get the plane flying again soon. The changes would give pilots more control over the MCAS system and make it less likely to be set off by faulty data. Boeing also faced new scrutiny on Capitol Hill as lawmakers asked FAA regulators about oversight of the aviation industry, including how the 737 Max 8 was certified.

Is anyone looking to partner with Fiat?

Following big auto reports yesterday, Nissan (OTCPK:NSANY) CEO Hiroto Saikawa said he is "not aware" of discussions about the possibility of its French partner Renault (OTCPK:RNLSY) considering a bid for Fiat Chrysler (NYSE:FCAU). Not only that, but Volkswagen (OTCPK:VWAGY) isn't interested in a tie-up with Fiat either. The German carmaker’s efforts are all "focused internally," CEO Herbert Diess told Il Sole 24 Ore.

Next step for Brexit remains unknown

U.K. Prime Minister Theresa May pledged Wednesday to quit in a bid to salvage her deal to leave the EU, but the move appeared to backfire as her political ally, Northern Ireland’s Democratic Unionist Party, said it would continue to reject her agreement. Lawmakers also failed to find a majority for any alternative Brexit arrangement to May's pact, but overwhelmingly agreed that they opposed leaving the bloc without one. Britain has until April 12 to agree on a strategy.

Turkey's lira tumbled 4.7% overnight to TL5.57 per dollar in the latest day of turbulent trading ahead of the local elections this weekend that may see President Erdogan's ruling party lose control of some major cities. The country's financial markets have been choppy since Friday, when the central bank posted a plunge in foreign currency reserves - a sign that authorities were attempting to prop up the currency.

Saudi Aramco (ARMCO) plans to issue a $10B bond as early as next week to help fund its acquisition of a majority stake in petrochemicals firm Sabic Basic Industries, WSJ reports. The remainder of the acquisition would be paid in installments over time. It would mark the first-ever debt issuance from the world's largest oil firm, shedding light on the firm’s financial performance for the first time.

A New Jersey jury has cleared Johnson & Johnson (NYSE:JNJ) of liability in a lawsuit brought by a man who said that asbestos in the firm's talcum powder products caused his mesothelioma, but the company settled three other similar cases. "There are one-off situations where settlement is reasonable," J&J said in a statement. "We do not have any organized program to settle Johnson's Baby Powder cases, nor are we planning a settlement program."

President Trump has issued a presidential memo directing the Treasury Department, the Department of Housing and Urban Development, and several other agencies to develop a plan to reform government-sponsored enterprises Freddie Mac (OTCQB:FMCC) and Fannie Mae (OTCQB:FNMA). The two back more than half of the nation's mortgages. Congress and government officials have struggled for years to move on from conservatorship which required the two enterprises to pass profits to the Treasury in exchange for an explicit government backstop.

Some of the biggest players in distressed debt are proposing a $35B plan that would allow California utility giant PG&E (NYSE:PCG) to emerge from bankruptcy within a year, Bloomberg reports. The plan would create a cash trust to pay for claims tied to the deadly 2017 and 2018 wildfires, as well as establish a statewide wildfire fund that would be financed by PG&E, other California utilities, statewide bonds and state funding sources.

Sony (NYSE:SNE) moves smartphone production to Thailand to turn around the business.

An alliance launches to create a U.S. clean energy boom.