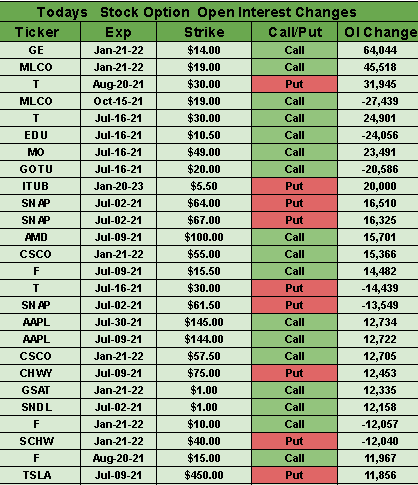 Instagram has a TikTok problem. The Facebook-owned (NASDAQ:FB) app is testing drastic changes to its platform like showing users full-screen videos in their feeds, as well as content from accounts they don't already follow. In August 2020, Instagram even tried launching Reels, which was a short-form video feature that enabled users to create content with overlaid audio and effects.

"Let's be honest, there's some really serious competition right now. TikTok (BDNCE) is huge, YouTube (GOOG, GOOGL) is even bigger, and there's lots of other upstarts as well," said Adam Mosseri, Head of Instagram. "We're no longer a photo-sharing app or a square photo-sharing app. You'll see us do a number of things, or experiment with a number of things in this space over the coming months."

Flashback: In early 2010, social media was all about Facebook and Twitter (NYSE:TWTR), before Instagram came on the scene with its dazzling photo filters. Within two years, Facebook had scooped up the company for $1B, and by 2018, it had more than 1B users. Later that year, Instagram's founders left Facebook - due to a disagreement about the future of the app - and Facebook hasn't reported Instagram figures for the last three years as things apparently went downhill.

Go deeper: There's a big generational change happening on social media given the focus on individual expression. Compared to Instagram's picture-perfect and airbrushed environment, TikTok offers a space to show flaws, vulnerabilities and imperfections - and even have fun doing it. According to recent data from Cowen, TikTok's daily engagement per user has climbed from 37 minutes to 41 minutes this year, compared to Instagram's 33 minutes of usage per day on average. (17 comments)

Cyclical shares are leading the market higher again as Wall Street begins the second half of 2021. The Dow closed up 0.6% yesterday, with futures tied to the index tacking on another 0.2% overnight, while the Nasdaq finished in the red on Wednesday and contracts linked to the index are inching lower before the open. Meanwhile, the S&P 500 marked its 34th record of 2021, closing the day above 4,300.

Strong first halves for the stock market are generally a good omen for the rest of the year. According to Refinitiv data that goes back to 1950, whenever there has been a double-digit gain in the first half, the Dow and S&P 500 have never ended the year with an annual loss. The Russell 2000 also climbed more than 17% in the first half of 2021 due to a strong rotation into value stocks.

Oil in focus: OPEC+ will convene via videoconference at 9 a.m. ET to discuss the next phase of their production policy. The group is optimistic about market conditions, with WTI crude up by 50% to $74/bbl since the beginning of the year. At its last monthly meeting, OPEC+ announced a supply increase of 2.1M barrels per day between May and July, and analysts expect that it could bring another 500K barrels per day online starting in August.

On the calendar: Krispy Kreme (DNUT) begins trading this morning after a bumper week for IPOs. Those included DiDi Global (DIDI), LegalZoom (LZ), Taboola (TBLA) and SentinelOne (S). The latest data on weekly jobless claims will also be published at 8:30 a.m. ET, with economists expecting initial claims for unemployment totaling 390K, down from 411K the week before.

Robo Advisor, Commission Free Trading of thousands of stocks and ETF’s, trade over 30 Cryptocurrencies and Precious Metals. Unifimoney is a multi-asset investment and money management platform that makes building and protecting your wealth effortless. The only fully integrated digital consumer financial solution in the market.

You don’t need multiple apps to manage your investing and money. Get the manual work done for you with automated investing and make your own trades when you want across both traditional and alternative assets in one app.

Open an account and claim your Bitcoin Reward now

China today celebrated the ruling Communist Party's centenary with a big show in Tiananmen Square. Saber-rattling by President Xi Jinping also made some news after he warned that bully nations will "get their heads bashed in," hailed a "new world" and committed to the "reunification" of Taiwan and grip over Hong Kong. While there are plenty of geopolitical headlines that can be written about the event, let's take a deeper dive into the Chinese economy and its history.

Backdrop: While the People's Republic of China was founded in 1949, the Chinese Communist Party was formed nearly three decades earlier in 1921. At the time, there was a lot of global upheaval and Chinese young people were heavily influenced by Marxist thinking and workers' rights. In the early years, Chairman Mao launched various socio-political and economic campaigns, such as the Great Leap Forward in 1958 and the Cultural Revolution in 1966, which devastated China's economy and resulted in millions of deaths.

As a result, Mao's successor, Deng Xiaoping, implemented a series of market reforms after taking power in 1978. Those included the sweeping Open Door Policy, which was the first time the country opened to foreign investment. As private companies developed in the 1980s and 1990s, they sought the technological knowledge of many foreign companies to stave off the rising competition in the liberalized economy. These developments surrounded China's Four Modernization Plan, whose pillars were made up of agriculture, industry, defense, and science and technology.

Outlook: Xi Jinping assumed office in 2012 and is arguably the most influential Chinese leader since Mao. Xi has even written himself into the CCP's constitution and eliminated limits on his time in office. On the economic front, GDP has grown steadily on his watch and he was the architect of the Belt and Road Initiative, which has been criticized by the U.S. over its leverage in creating political goodwill, massive debt and a way to spread Beijing's influence. Last month, the G7 unveiled concrete steps to counter China's rising power, drawing up a global green infrastructure plan called "Build Back Better for the World." (4 comments)

As concerns dwindle over gathering in crowds or attending public events, 86% of Americans plan to celebrate Independence Day this year, up from 76% in 2020. Those who do have plans for the holiday are forecast to spend about $80 on food items - in line with historical trends - for a total of $7.5B. More than half of consumers are also planning a cookout or BBQ, the National Retail Foundation reports, and 29% of those celebrating expect to purchase additional patriotic items.

Road trip: 10M more Americans are set to take road trips this July 4, a 34% increase compared to last year, according to AAA. Daily car rental rates for Independence Day are also 86% higher compared to the same period in 2020, topping out at $166. That strong demand comes despite gas prices that are hovering around $3.09 a gallon nationally, the highest price over the holiday in seven years.

"The problem isn't gasoline supply," according to GasBuddy. "The problem is there aren’t enough truck drivers to keep up with deliveries, made worse by the pandemic as some truckers left for jobs elsewhere or were let go."

Air travel: While cancelations and delays are piling up as carriers scramble to cope with the travel surge, 3.5M people are still expected to take to the skies. Southwest Airlines (NYSE:LUV) is even offering flight attendants double pay, as well as higher compensation to ground and cargo employees. Overall, 47.7M Americans are expected to travel across all modes of transportation, just below record high figures from 2019, when 49M people across the U.S. traveled over the holiday.