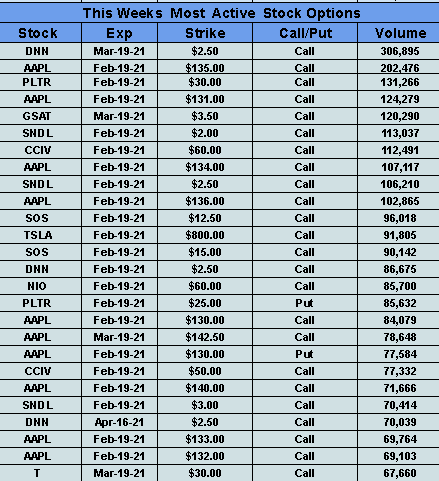 Grab the popcorn... Robinhood's (RBNHD) Vlad Tenev, Melvin Capital's Gabe Plotkin, Reddit's Steve Huffman and Citadel's Kenneth Griffin and Keith Gill are all set to testify before the U.S. House Financial Services Committee at 12 p.m. ET. Lawmakers will get their chance to grill the executives in a hearing focused on "short selling, online trading platforms, gamification and their systemic impact on our capital markets and retail investors." Also making an appearance is Reddit trading star known as Roaring Kitty, who is credited with helping start the GameStop mania, though his actions are being probed by Massachusetts regulators because he was a registered securities broker.

Backdrop: An army of day traders following WallStreetBets - the Reddit forum dedicated to "making money and being amused while doing it" - upended some market dynamics last month by taking aim at some heavily shorted stocks. They ran them up as a group, triggering short squeezes and causing some hedge funds like Melvin Capital to record billions of dollars in losses. The party came to an end after brokerages restricted trading on stocks like GameStop (NYSE:GME) and AMC Entertainment (NYSE:AMC), though Robinhood took the most flak due to its communication about the events and delay in taking curbs off of "meme" trading.

Investors and policymakers alike lambasted the limits, including Dave Portnoy, Alexandria Ocasio-Cortez and Ted Cruz, accusing the trading platform of seeking to protect Wall Street's interests at the expense of smaller investors. "We need an SEC that has clear rules about market manipulation and then has the backbone to get in and enforce those rules," added Sen. Elizabeth Warren, a longtime critic of Wall Street. "You've got to have a cop on the beat." Robinhood cited clearing house requirements as reasons for the stoppage, and said it did not have a liquidity problem, but subsequently raised billions of dollars to reopen trading. More than half of its customer orders are routed to Citadel Securities, which provided rescue financing to Melvin after its short bet on GameStop went sour, in a series of events that prompted the hearing on Capitol Hill.

What to expect: There's likely to be a lot of noise coming out of the hearing, but not a lot of consequences. While there could be some SEC regulations down the road, they won't be coming from the House Financial Services Committee. If the SEC were to act, it could pursue a series of rules, ranging from short interest caps to taxing short-term bets, according to BofA analyst Michael Carrier. The commission may also move to review payment for order flows (PFOF) and pursue social media oversight to ward off potential market manipulation. Jefferies analyst Daniel Fannon meanwhile thinks the SEC could explore greater investor education around derivatives and risk management or increase costs for leverage services. (17 comments)

New York Stock Exchange (NYSE:ICE) officials have not been asked to testify at the upcoming House hearing, even though GameStop (NYSE:GME), AMC (NYSE:AMC) and several other "meme stocks" trade on the exchange. NYSE President Stacey Cunningham still has plenty to discuss on the subject, especially after Sen. Elizabeth Warren told the SEC that "investors big and small are treating the stock market like a casino" and the "recent [GameStop] chaos revealed a clear distortion in securities markets."

Quote: "The markets are not a casino. They are highly regulated and they're highly overseen," Cunningham responded. "We are running a market that provides opportunities for investors to come in, invest in the companies they believe in, they believe that are gonna grow, and then share in that wealth creation. That's what made this country so great, is that a dreamer, an entrepreneur with an idea can start that business and grow it by getting others to invest and share in their success."

While casinos are also highly regulated and overseen, customers cannot build long-term positions or bet on future growth and value appreciation. That doesn't mean gambling doesn't happen in the stock market. In fact, recent academic research suggests that 15.2% of stock market volume in the U.S. is associated with "lottery stocks." The percentage was determined by looking at volume divided by market cap, then filtering by remarkably large ratios.

Other comments on regulation: Cunningham also supports taking a "fresh look" at short selling, especially surrounding hedge funds that take large positions against a company’s success. "It's interesting that shorting is not part of 13-F filings (i.e., mechanism used by investment managers to disclose positions). It's also disclosed 45 days after the end of a quarter, meaning it is really old news by that time. There is an effort to look and modernize that." (17 comments)

Australian lawmakers have begun debating legislation that would force Big Tech companies to pay publishers for news. The media bill, first introduced in December, would leave digital platforms on the hook for news content displayed in search results or feeds, meaning Google (GOOG, GOOGL) and Facebook (FB) would have to shell out cash to local media outlets and publishers for linking to their content. While the companies have both issued threats in the past (like pulling out of Australia), the two responded very differently on Wednesday.

Google - Pay for news. The tech giant announced a global deal with publishing group News Corp. (NWS) and is rushing to negotiate generous agreements with big and small Australian media companies. Seven West Media (OTC:WANHY) already reached a pact, its rival Nine Entertainment is reportedly close to a contract and Australian Broadcasting Corp. is in negotiations.

Facebook - Restrictions have been implemented. The decision will block Australians from sharing news stories and stop global users from sharing articles from Australian publishers. "The proposed law fundamentally misunderstands the relationship between our platform and publishers who use it to share news content," Facebook regional managing director William Easton said in a statement.

Outlook: While Australia singled out these two companies in its proposed law, other tech companies are watching the drama unfold. Stances will take on greater importance as governments around the world increasingly put their sights on Big Tech. Politicians in Europe and Canada have already signaled support for the moves by Australia, while global news publishers have voiced support for the system as well. (69 comments)

Crude futures already climbed above $61/bbl, but natural gas prices rose another 1.8% overnight, after Texas Governor Greg Abbott banned sales of the state's natural gas beyond its borders. Among those set to cash in on skyrocketing prices is Comstock Resources (NYSE:CRK), which is ahead by 4% in premarket trade after climbing over 9% on Wednesday. More than 1M households in the Lone Star State still did not have electricity early Thursday as pipelines remained frozen, while the conditions of the roads have delayed repairs. Mexico is even pressing the U.S. to guarantee natural gas supplies after power was interrupted earlier in the week.

What happened? The cold snap tested Texas's highly decentralized electricity model, where power plants don't have incentive to build reserve capacity, but are rather paid for the energy that they sell. A widespread electricity failure ensued due to freezing natural gas pipelines, as well solar and wind generation that went offline due to the weather. High demand overwhelmed the state's grid, and Texas's energy mix will likely be reevaluated in the wake of the outages.

Oil prices this week also returned to levels not seen since before the COVID pandemic, which erupted in early 2020. Lockdowns and weakening demand weighed heavily on the commodity, and crude even went negative in April as storage capacity filled up across the globe. Prices have been steadily recovering in recent months amid progress with vaccination programs, boosting hopes of an economic recovery later in the year and a pickup in oil demand.

Go deeper: The recent developments is having Saudi Arabia consider reversing its production cuts when OPEC+ meets in March. The world's largest oil exporter surprised markets last month by unilaterally cutting 1M barrels a day of crude production in an effort to raise prices. "We are in a much better place than we were a year ago, but I must warn, once again, against complacency," Prince Abdulaziz bin Salman, the Saudi energy minister, told a conference on Wednesday. "The uncertainty is very high, and we have to be extremely cautious." (19 comments)

NASA's Perseverance rover and Ingenuity helicopter drone, part of the agency's Mars Exploration Program, are set to arrive today at the Red Planet. The rover is expected to touch down in the Jezero Crater at about 3:55 p.m. ET (may soon stand for Earth Time) via a "sky crane maneuver," which deploys a parachute before cables lower the car-sized vehicle to the ground. Lockheed Martin (NYSE:LMT) designed and built Perseverance's aeroshell, a two-part structure that encapsulated the rover on its way to Mars, and was also responsible for the launch via ULA, a joint venture between the company and Boeing (NYSE:BA).

Mission: Another rover launched by NASA in 2011, called Curiosity, confirmed that Mars was once a wet and habitable world, at least for microbial life. Perseverance is going to build on that work, hunting for signs of past life in what scientists think may have been a river delta billions of years ago. The rover is equipped with sampling containers that will be returned to Earth on a future Mars mission, while the Ingenuity robotic helicopter will scout interesting targets and attempt the first controlled flight on another planet.

Backdrop: China and the UAE also both successfully put missions into orbit around Mars within a day of each other last week (the U.S. first orbited Mars in 1971). The three missions are all arriving at the same time because they were part of the July 2020 "Mars launch window," which occurs every couple of years when Earth is closest to its galactic neighbor. China's undertaking will search for evidence of life, explore soil composition and examine the Martian atmosphere, while the UAE's space probe will study weather cycles and how conditions vary in different regions of the planet.

Space became a big focus area of the Trump administration, and President Biden looks set to follow. The White House has confirmed plans to continue NASA's Artemis program, which aims to land the first woman and next man on the surface of the Moon by 2024, and threw its support behind the Space Force, the newest branch of the military that was established by Trump. It's also been a big interest area of the private sector, with companies like SpaceX (SPACE) and Blue Origin (BORGN) putting billions into ventures that may turn into one of the next big investing themes. (13 comments)