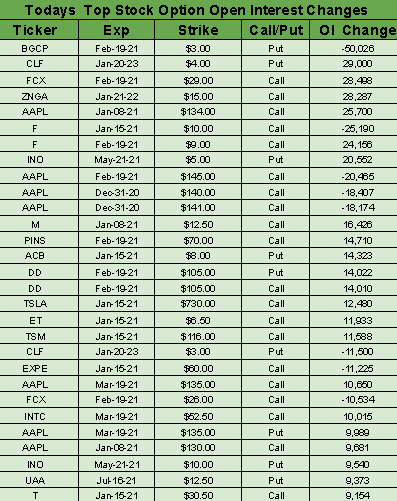 There was no shortage of coronavirus headlines in 2020 and the economic shocks from the pandemic are likely to reverberate for the foreseeable future.

Big government staged a comeback, where it became the norm to supplement employee wages and offer direct payments for their citizens. A big rethink in economics also changed minds about public debt, with federal deficits ballooning as central banks jumped back into the money printing business and interest rates notched record lows.

Shocks hit supply chains across the globe and made businesses and governments even more skeptical on their reliance on China. Things were even tougher on the domestic front. Low-paying work in services, where there's more face-to-face contact, took a gigantic hit, while higher up the income ladder, remote offices became commonplace. Stocks markets meanwhile returned with a vigor that many thought would take years.

With planes grounded and travel at a near halt, Big Oil felt a real threat that the world was getting serious about the climate. Crude prices shockingly went negative at one point as people stayed home under lockdowns, giving impetus to the phase-out of fossil fuels, while California announced plans to ban the sale of new gasoline and diesel cars by 2035, along with many European countries. Eight oil majors even announced an agreement to apply a common set of "energy transition principles" across their businesses, including a commitment to industry decarbonization, and President-elect Joe Biden promised to rejoin the Paris climate accords.

U.S. stock futures hugged the flatline overnight before the final trading session of 2020, with investors looking to bid farewell to a pandemic-stricken year and pop open the champagne for breakfast. While trading desks will be lightly staffed, the stock market, as well as energy and gold futures, will be open for a full trading session on New Year's Eve, though the bond market will close up shop a little early at 2 p.m. ET. It's been a crazy past 12 months for equities, which started the year at records, followed by a bear market, then another record high. The S&P 500 is up 15.5% for the year and the Dow has advanced 6.6%, while the Nasdaq has soared more than 43%. Perhaps even more notable, the small-cap Russell 2000 has gained nearly 19% YTD.

The late rise in the market yesterday may be a signal that investors are coming to terms with $600 direct checks being it for now, with cyclicals leading the advance into the closing bell. Senate Minority Leader Chuck Schumer attempted another fast vote on a clean stimulus bill, but Mitch McConnell objected, saying he would not remove election security and Section 230 media reform from his proposal. "The Senate is not going to be bullied into rushing out more borrowed money into the hands of Democrats' rich friends who don't need the help," he declared. With a new Congress set to be sworn in on Sunday, the current push for bigger stimulus checks is running out of time.

After four and a half years, two general elections and plenty of missed deadlines, Britain is finally closing a chapter on Brexit. The U.K. House of Lords gave the green light to Boris Johnson's post-Brexit trade deal late Wednesday, just 24 hours before the country's final split from the European Union. "The destiny of this great country now resides firmly in our hands," the British prime minister said in a statement. "We take on this duty with a sense of purpose and with the interests of the British public at the heart of everything we do." There are still several risks for the U.K. in the months and years ahead. Negotiations on service industries have been moving slowly, while border bureaucracy, new paperwork and regulatory cooperation can still cause disruption.

France has resumed collecting what is known as its digital-services tax on U.S. tech giants, with similar levies set to go into effect in Italy and the U.K. Backdrop: In late 2019, France hit companies like Google (GOOG, GOOGL), Amazon (NASDAQ:AMZN), and Facebook (NASDAQ:FB) with a digital tax that equaled 3% of digital revenue for companies with more than €750M in annual sales. In response, the U.S. threatened to put tariffs of up to 100% on $2.4B of French imports, but earlier this year, the parties reached a truce. Response: On January 6, the U.S. will respond with tariffs on $1.3B of French imports, setting up a renewed trade spat over digital taxes for the incoming Biden administration.

Earlier this week, the WSJ reported that Chinese regulators were looking to trim the empire of former Alibaba (NYSE:BABA) chairman Jack Ma, who is also the controlling owner of fintech giant Ant Group. Reuters sources now say regulators are looking into the equity investments of Ant Group for any rules violations including anti-monopoly actions. The investments include dozens of companies, mostly in the technology and fintech space. Backdrop: In October, Ma reportedly publicly criticized regulators for stifling innovation, and days later, regulators cancelled the record-breaking $37B Ant Group IPO.

Alaska Airlines (NYSE:ALK) will ban emotional support animals from its flights beginning Jan. 11, becoming the first major U.S. airline to do so after the Department of Transportation revised its guidelines earlier this month. "To ensure a safe and accessible air transportation system," the Air Carrier Access Act now defines a service animal as "a dog that is individually trained to do work or perform tasks for the benefit of a person with a disability." "This regulatory change is welcome news, as it will help us reduce disturbances onboard, while continuing to accommodate our guests traveling with qualified service animals," said Alaska Airlines director of customer advocacy Ray Prentice. U.S. airlines have lobbied for the rule change for more than a year, with many questioning whether some passengers may be trying to pass off their pets as support animals to avoid paying associated fees. Example: Delta (NYSE:DAL) charges $125 one-way for pets traveling in the cabin domestically and $200 internationally.

Not according to the latest statistics from Nielson. Despite recent shifts to digital and streaming platforms, people tuned into scheduled programming this year as they stayed home during the coronavirus pandemic. Not only did COVID-19 make continuous headlines, the news cycle was extremely heavy given the racial justice movement and a contentious presidential election. Fox News Channel (NASDAQ:FOX) topped all news and basic cable ratings for the fifth straight year, averaging 1.9M viewers per day and 3.6M in primetime - record levels for cable news channels. While Fox was ahead in annual key metrics, AT&T's (NYSE:T) CNN beat the network in total day ratings for the 41 straight days following the election. The channel also recorded its most-watched year in its 40-year history, with an average of 1.1M viewers per day and 1.8M in primetime.

Alden Global Capital is the single largest shareholder in Tribune Publishing (NASDAQ:TPCO) with a 32% stake, but the hedge fund is looking to purchase the company outright, WSJ reports. Alden already cemented a firmer position on the Tribune board in July, when it took control of a third seat out of seven, in exchange for a standstill deal that prevents it from increasing its stake or making a hostile bid until after June 2021. A deal would have far-reaching implications for an industry beset by sharp declines in revenue, cost cuts and a wave of consolidation. Between 2008 and 2019, newsrooms in the U.S. shed 51% of their jobs, according to the Pew Research Center, while the pandemic hasn't made things easier for advertising-based media. Tribune, which owns the New York Daily News, Chicago Tribune and other local papers, has a market value of about $465M. Its shares are little changed this year and closed yesterday at $12.79.

Exxon (NYSE:XOM) points to another loss with $20B in writedowns.