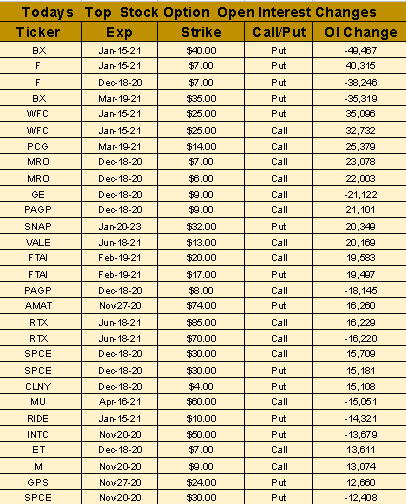 Vaccine euphoria that helped propel stocks to record highs is wearing off as traders focus on a surge in coronavirus transmission rates in the U.S., where deaths from the illness surpassed 250,000. According to Johns Hopkins University, the number of fatalities has remained above 1,000 a day for eight of the past nine days, a tally that was last seen in late August. Sentiment was particularly dented after New York City shut schools and switched to fully remote learning for its students because of rising cases of COVID-19. U.S. stock index futures fell 0.4% overnight on the news after bouncing around the flat line for most of Wednesday, only to turn south in the final hour of trading. Chances of stimulus from Washington are also dim as lawmakers remain deadlocked over the size of a coronavirus aid package.

Encouraging results for the elderly

Some positive news was still seen overnight after a jab from the University of Oxford, which is working in collaboration with AstraZeneca (NASDAQ:AZN), was shown to have generated a robust immune response in adults in their 60s and 70s. Preliminary results revealed that the vaccine, ChAdOx1 nCoV-19, prompted what's known as a "T-cell response" within 14 days of the first dose, as well as an antibody response within 28 days of a booster dose."We hope that this means our vaccine will help to protect some of the most vulnerable people in society," said Dr. Maheshi Ramasamy, a co-author of the study at the University of Oxford. Phase three trials of the vaccine are still ongoing, with early efficacy readings possible in the coming weeks. (31 comments)

With Pfizer (NYSE:PFE) and BioNTech (NASDAQ:BNTX) having concluded their Phase 3 study of COVID-19 vaccine candidate, which showed a success rate of 95% and no serious adverse events, the drugmakers might be headed to securing an emergency-use approval next month. "If all goes well I could imagine that we gain approval in the second half of December and start deliveries before Christmas, but really only if all goes positively," BioNTech CEO Ugur Sahin told Reuters TV. Storage and distribution is still complicated. Pfizer's (NYSE:PFE) vaccine must be stored frozen at negative 94 degrees Fahrenheit (-70° C), most likely needing dry ice (-109 degrees Fahrenheit) for shipment.

City officials in Phoenix have unanimously voted to authorize a slate of financial incentives and government support for Taiwan Semiconductor Manufacturing's (NYSE:TSM) planned $12B chip plant. In May, the company disclosed its intentions to build a 5-nanometer chip factory in Arizona, which would be its first advanced manufacturing facility in the U.S. American lawmakers have been pushing for high-tech manufacturing to address national security concerns over the industry supply chain, and even proposed billions of dollars in subsidies to the sector in June. Not everything has gone as planned. A heavily touted deal by Foxconn (OTC:FXCOF) in Wisconsin back in 2018 still hasn't fully materialized, and was recently denied tax credits for failing to meet investment and hiring goals.

President Trump plans to attend a virtual APEC summit on Friday following a similar high-level meeting of Asia-Pacific leaders last week that saw the signing of the Regional Comprehensive Partnership Agreement. Trump's involvement will mark his first participation in the event since 2017. The following year, a delegation from the U.S. and China failed to agree on a joint communique for the first time in the bloc's history, given opposing stances on trade and investments. "We will not reverse course or run against the historical trend by decoupling... openness enables a country to move forward, while seclusion holds it back," China's Xi Jinping said ahead of the gathering. It's unclear whether Joe Biden would roll back tariffs on China, but analysts have said the U.S. will likely continue to take a tough stance on Beijing under the new administration.

What's a studio to do during a pandemic?

Universal (NASDAQ:CMCSA) had explored a direct-to-digital release earlier this year, but ultimately reached a deal with AMC (NYSE:AMC) that saw films hit the box office for three weekends before going online, as well as a truncated theatrical window with Cinemark (NYSE:CNK). Warner Bros. (NYSE:T) is now experimenting with its playbook, announcing that Wonder Woman 1984 would arrive on HBO MAX on Dec. 25, the same day it hits theaters. The decision to keep the coming blockbuster on the 2020 calendar will allow theater chains to make cash off ticket sales and also drive subscriber sign-ups to the streaming service. The first Wonder Woman film had a $100M opening weekend domestically and went on to notch more than $820M at the global box office. (6 comments)

GM gets back in the insurance game

As more vehicles are sold with built-in internet connections, automakers are branching into services that capitalize on the data produced by their systems. General Motors (NYSE:GM) is launching a car-insurance business through its OnStar connected-car service, which will set insurance rates by remotely tracking drivers' behavior like obeying the speed limit and avoiding sudden stops. GM will begin a pilot this week for its own employees in Arizona and plans to offer it nationwide later in 2021. For much of its history, GM offered insurance to drivers, but ended the business during its 2009 bankruptcy after unloading its GMAC financial-services arm.

Ways to go for Prime Air

Amazon's (NASDAQ:AMZN) drone project has already been seven years in the making, completing its first delivery in 2016 and receiving U.S. regulatory approval (Part 135 certification) to begin limited testing in August. Now, the unit is laying off dozens of R&D and manufacturing staff as it reached tentative component deals with two external manufacturers - Austria's FACC Aerospace and Spain's Aernnova Aerospace, FT reports. Keep in mind that Amazon brought in former Boeing executive David Carbon to run the unit in March, replacing Gur Kimchi, who ran the operation since 2013. According to details released in mid-2019, Prime Air will make use of a hexagon-shaped, fully-electric drone that can fly up to 15 miles and carry packages weighing under five pounds. (5 comments)

Boeing's (NYSE:BA) 737 MAX reinstated but will customers fly it?