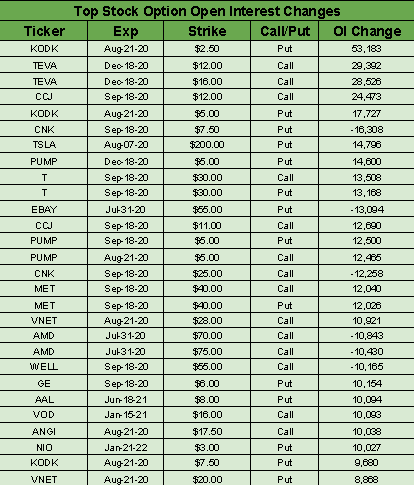 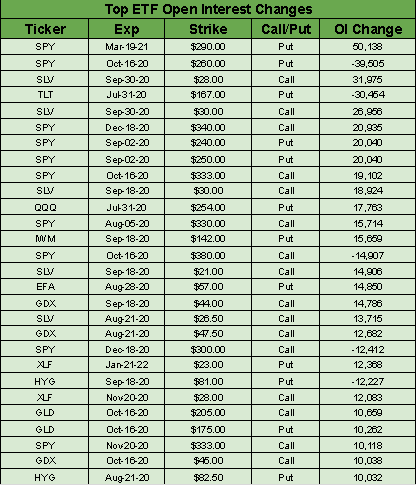 Shares of Amazon (NASDAQ:AMZN), Alphabet (GOOG, GOOGL), Apple (NASDAQ:AAPL) and Facebook (NASDAQ:FB) - worth nearly $5T in combined market capitalization - added to gains yesterday even as their chief executives defended themselves in Congress against antitrust allegations. The real test will come today, when the Big Tech companies report Q2 results after the market close. On watch will be figures and trends in e-commerce, streaming, advertising, search, app services, social media and cloud computing. Will investors start rethinking the prices that they're paying for the stocks or will their market position during the coronavirus pandemic justify their valuations?

Rep. David Cicilline (D., R.I.), chairman of the House Judiciary Committee's antitrust subcommittee, kicked off the hearing by declaring: "Our founders would not bow before a king. Nor should we bow before the emperors of the online economy." That set the tone of five hours of grilling the Big Tech CEOs over their business practices. On the competition front, the biggest questions centered around Amazon's leveraging of seller data to introduce competing products, as well as the revelation of Mark Zuckerberg's emails about the concept of buying startups in order to "neutralize a competitor."

Futures are kicking off a packed session in the red, with contracts tied to the Dow, S&P 500 and Nasdaq down about 1%, as Mark Meadows said the White House and Democrats were "nowhere close" on a stimulus deal. Q2 GDP figures today will likely show an annualized contraction of 34.1% last quarter, while the latest weekly unemployment claims are also expected to show an increase to 1.45M, before enhanced federal benefits expire on Saturday. After the close, four of the market's biggest stocks will report earnings within a single hour, in a move that could cause significant volatility in after-hours trading and again on Friday. On the coronavirus front, the U.S. death toll topped 150K, marking the highest official figure in the world.

Solid gains for indexes were seen Wednesday as the Fed left interest rates near zero and pledged to maintain stimulative measures. "The path forward for the economy is extraordinarily uncertain, and will depend in large part on our success in keeping the virus in check," Jerome Powell declared. "We're not even thinking about thinking about raising rates and it will take continued support for both monetary and fiscal policy." He also said the Fed "has no intention to buy equities" after recently purchasing corporate and municipal bonds.

Both sides of the Atlantic

Today is not only the busiest day for earnings in the U.S. European firms worth more than $2T, as well as 60 companies in the Stoxx 600 Index, reported Q2 results overnight. Highlights: AstraZeneca (NYSE:AZN) shares rose 3% premarket on strong drug sales, while Shell (RDS.A, RDS.B) shares inched down after narrowly escaping a loss despite a $17B writedown and one of the oil industry's most brutal quarters. Credit Suisse (NYSE:CS) simplified its investment bank structure, AB InBev (NYSE:BUD) booked a $2.5B writedown and Airbus (OTCPK:EADSY) is keeping production rates down until 2022. Over in Asia, Samsung (OTC:SSNLF) announced its Q2 operating profit jumped 23% and forecast demand for mobile devices to recover gradually in next half of the year.

Huawei has overtaken Samsung (OTC:SSNLF) to become the No. 1 smartphone player in the world, an ambition it has had for several years, after taking second place from Apple (AAPL) back in 2018. The Chinese vendor shipped 55.8M devices in the second quarter, down 5% Y/Y, according to research firm Canalys, while Samsung shipped 53.7M smartphones, a 30% plunge versus the prior year. However, analysts are questioning whether Huawei's position is sustainable given the fact that over 70% of Huawei's sales in the second quarter came from China while its overseas markets took a hit.
Go deeper: Qualcomm strikes patent deal with Huawei.

By the end of the first half of this year, China had bought about 23% of the total purchase target of more than $170B for goods in 2020, according to Bloomberg, which based its calculations on Chinese Customs Administration data. While trade has increased over the past eight weeks, with Chinese companies booking more than $2.5B in U.S. soy purchases, imports really have to speed up in the second half of 2020 to hit trade deal goals. China may still not violate the deal if it misses the target due to the coronavirus (the trade pact grants flexibility in the event of "a natural disaster or other unforeseeable event").

'Nowhere close to a deal' on virus relief - Meadows.

Kodak (NYSE:KODK) ahead of itself on generic drug-stoked rally - Barron's.