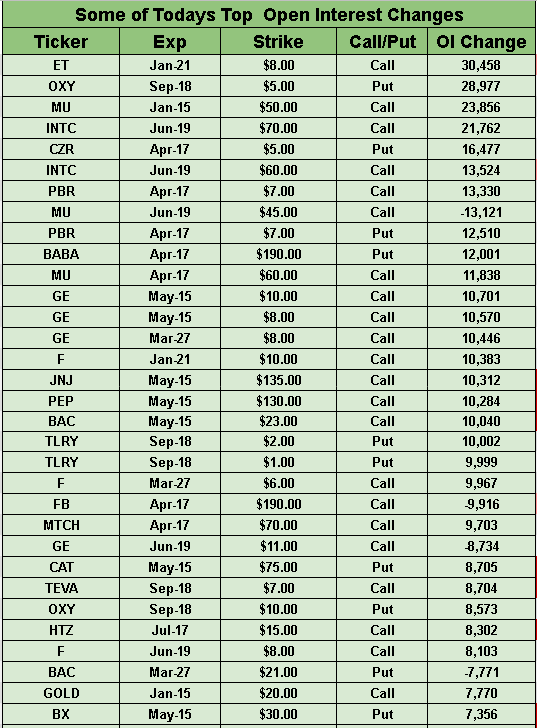 Today's weekly jobless claims report is set to grab the attention of both Wall Street and Main Street, offering proof that the economy is already in recession. The number, which could surge to at least one million, is especially in focus after the U.S. Labor Department asked individual state governments to postpone publishing unemployment data (dusting off the 2008 playbook). That would shatter a previous record of nearly 700,000 back in 1982, when the U.S. hiked interest rates to quash inflation. S&P 500 futures are off by 1.5% ahead of the big release.

Others are expecting a drastically larger jobless figure, with Barclays predicting that 2M Americans were laid off last week and Citigroup forecasting the number at 4M. "It's the tip of the iceberg, and they're going to be ugly. It depends on the speed at which the claims were filed, and the next week will probably be worse," said Diane Swonk, chief economist at Grant Thornton. "You have 15.8M people working in leisure and hospitality, and you just shut down the industry," added Jon Hill, fixed income strategist at BMO.

Last night, the U.S. Senate approved a $2T relief package, that includes checks of up to $1,200 per taxpayer with income of up to $75,000, $500B in funds to help stricken sectors of the economy, $367B in loans to small businesses and $100B for the healthcare system. The package now moves to the House of Representatives for their approval, although there’s already speculation that further stimulus measures will be needed. The House will vote on the bill Friday.
Go deeper: Airlines shift to cargo for revenue.

Negative rates in the U.S.

Yields on both the 1-month and 3-month Treasury bills fell below zero yesterday, marking the first time that happened since 2015, when both bills briefly flashed red and yields fell to minus 0.002%. However, the readings on Wednesday were well below those, with the one-month traded at minus 0.053% and the three-month at minus 0.033%. Japan and large swaths of Europe have had negative-yielding debt for some time now (in Germany all government fixed income instruments except the 30-year bond carry rates below zero).

The central bank said it will not apply its self-imposed purchase limits (capped at 33% of each country's debt) on a €750B bond-buying scheme aimed at combating the coronavirus outbreak. Tensions already erupted into the open in September following Mario Draghi's last easing package, while German critics have repeatedly taken the ECB to court over the purchases. Hawks on the council argue that if the ECB owns more than a third of a country’s debt it would have a blocking minority in any future debt restructuring negotiations, forcing a vote that could be attacked as monetary financing.

Spain overtook China's coronavirus death toll yesterday with 3,434 fatalities (second only to Italy), highlighting a dire picture as older patients miss out on treatment to younger people with a better chance of surviving. Similar wrenching decisions are taking place in the U.S., with Northwestern Memorial Hospital in Chicago and George Washington University Hospital in Washington exploring a universal do-not-resuscitate policy for infected patients. Atrium Health in the Carolinas, Geisinger in Pennsylvania and regional Kaiser Permanente networks are also looking at guidelines that would permit overriding the wishes of a COVID-19 patient on a case-by-case basis (such as risk to doctors and nurses, or a shortage of protective equipment) but would stop short of imposing DNR orders.
Go deeper: Giga New York to reopen for ventilator production.

Are chloroquine and hydroxychloroquine effective against COVID-19? It's not yet known, but Oracle (NYSE:ORCL) is beginning a collaboration with the White House on creating a data repository for clinical trials. Two senior administration officials familiar with the matter say the online platform could gather data from physicians who prescribe the malaria drugs and track patient symptoms. Planners have also discussed using it to mail the treatments to patients involved in the trial.
Go deeper: U.S. pharmacies set policies to stop hoarding.

Major retailers are looking to ease the impact of the coronavirus pandemic, offering help and easing financing to their small business partners. Walmart (NYSE:WMT) is waiving April rent fees for its more than 10,000 businesses that operate within Walmart Supercenters and Sam's Clubs, including hair and nail salons, optometrists, restaurant franchises, veterinary clinics and banks. Amazon (NASDAQ:AMZN) is meanwhile pausing loan repayments until April 30 for sellers enrolled in its Amazon Lending program, while interest will not accrue during that time.
Go deeper: State AGs ask Amazon, Walmart to prevent price gouging.

The G20 is usually a once-a-year event, but as the world confronts the coronavirus pandemic, 2020 host Saudi Arabia is chairing an emergency virtual summit today. Two meetings were additionally held in 2009 and 2010, at the height of the global financial crisis, and many are expecting similar coordinated fiscal measures. Also on watch is the U.S.-China relationship. Fears are running high that the coronavirus could undo the goodwill demonstrated between President Trump and Xi Jinping in January when the "Phase One" trade deal concluded.

The collapse in oil demand will lead to a massive oil glut that not even a supply production freeze or cut from OPEC can rectify, according to Goldman Sachs, which predicts a 14M b/d surplus in Q2. "Any potential agreement between the U.S., Saudi and Russia to freeze or reduce output is too little too late. It would take months to impact inventories globally and would be dwarfed by the current demand losses." The firm sees Brent crude remaining near $20 a barrel next quarter, while West Texas Intermediate oil will likely fall well below that level as storage swells.