With the employment numbers from last week still weighing on the market, people have overlooked the news piece that will be a catalyst for the rest of the summer. Obama and Romney are now in a virtual dead heat in the polls. 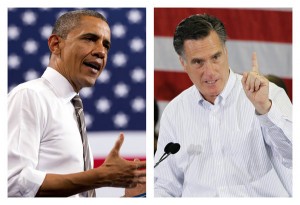 As you read the press, there continues to be a glaring trend:

Two new polls find that although the candidates are tied for overall support, Obama remains the more well-liked candidate and Romney is considered the more apt at handling the economy.

Now if the economy was still on the mend with the unemployment numbers going down, Obama was a lock for re-election. But with the increased concern about the U.S. economic recovery, Romney's background makes this race a tight one.  Do I think Romney has a shot come October? No way. We still feel the same way we did in January and April... the market will be Obama's ticket to re-election.

Of course besides the countless tools and instruments this government can deploy to continue to inflate equities, they also have history on their side. Election years tend to be extremely bullish, unless your name is George W.

I will be playing any dip on the call side, as this market will not break into correction territory until the fall.