I'm making this post available to everyone because it's more of an educational article, rather than a market outlook article.  I'll conclude with some market-related thoughts at the end, but that's not the main point.

The chart below, originally posted on Zerohedge.com, pretty much sums up how the week was. Grexit, and that's it.  Prior to this week, at least we had news and speculation regarding the FOMC rate decision to distract  the market from jerking in response to every news update from Europe.  Anyway, here's the chart I was referring to. 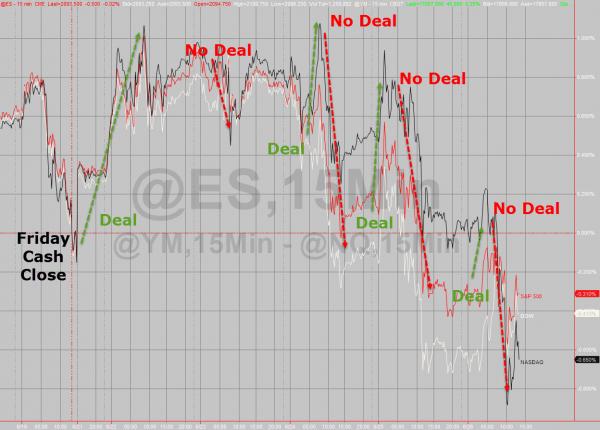 The bottom line is that Zues, meaning the Greek's, could rain lightning...or ambrosia on the US equity market at any time, rendering useless your correct call on a term trade, whether that be long or short.  Take a look at SONC (Sonic; they make amazing milkshakes) for a prime example of a bad matter exacerbated by Greek drama.

We need to think like traders, especially in unpredictable markets like this.  That means setting targets, taking your gains, and having hard stops.  I say hard stops rather than mental stops because a news event could swing the market in a matter of minutes and your "mental stop" could be blown through during that time giving you no time to get out (did I mention the Greeks are having a referendum next Saturday?  Pretty big deal.).  More than ever, we need to take a "risk first" approach to trading and investing.

It should be an interesting week.

Bonus Chart:  While most of you know I have several years background as a swing trader, I now trade size based on a long term system which analyzes money inflows and outflows.  Money outflow has been pretty high in the past weeks, so I have been out of the market. 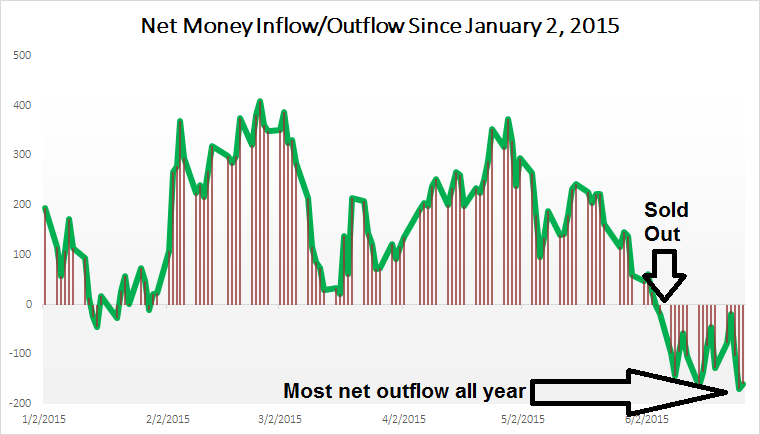