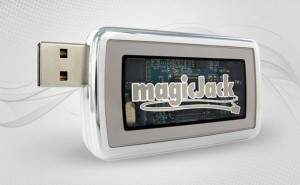 I can't think of a better way to kick off the New Year, then with a stock starting 2013 with a new CEO at the helm. Magicjack Vocaltec LTD(CALL) announced it's Founder and CEO Daniel Borislow will step down on January 1st, 2013 and be replaced by Gerald T. Vento as President and Chief Executive Officer. While Daniel was able to grow the company to nearly $140 million in revenues, while also growing earnings each quarter, the investment community never seemed to be a fan. His antics as CEO as well as behind the scenes was enough for folks to look for other places to invest their money. The lack of confidence was never more evident then in the unrelenting shorting of the stock to the tune of 5.7 million shares, which is nearly 59% of the available shares, an all-time high.

Folks could also make a case that investors were betting on growth to slow or decline for Magicjack Vocaltec LTD(CALL) in the coming years, yet they continued a trend of raising guidance. On Friday, December 28th they raised fourth quarter EPS guidance from fifty cents to seventy cents, a 40% increase. The company continues to grow revenues at a 20% clip, earnings at a 30% clip, are debt free, and have been using some of the $40 million in cash and investments to buyback the stock, taking nearly 500,000 shares off the market in 2012.

All the above are great catalysts for an upward move in the stock. While still up 30% in 2012, the stocks close of $18.20 was well off it's high 28.22. I think the change of guard at the helm will be the catalyst needed to push the stock over $30 in the short term.  Here is an excerpt from the press release on Friday about the new CEO Gerald T. Vento:

Mr. Vento is a seasoned telecom executive with more than three decades of experience and a strong industry track record.  Notably, he founded TeleCorp PCS, Inc., a public U.S. wireless services company, in 1996. As Chairman and CEO, he grew TeleCorp's annual revenue to $1.1 billion and sold the company to AT&T Wireless for $5.7 billion in 2002.  Mr. Vento has been a Director of magicJack since 2008 and became Chairman of the Board in April 2012.  In connection with Mr. Vento's new role, current Board Member Donald Burns, also an experienced and successful public telecom company founder and CEO, will assume the role of Chairman of the Board.

Mr. Vento brings credibility to the company, and I think the stock price will start to echo that. Investors betting on a failing story have it wrong, and will be forced to cover their shares, causing a quick move over $20 in the coming days. One only needs to look at Boston Beer Co (SAM) to see what happens when folks take large short positions and have it wrong. 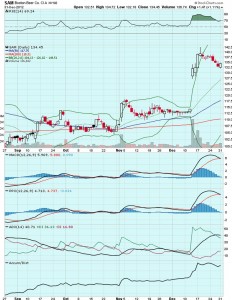 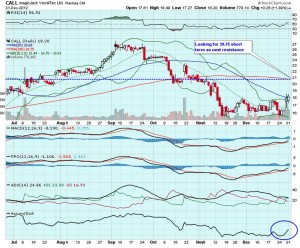