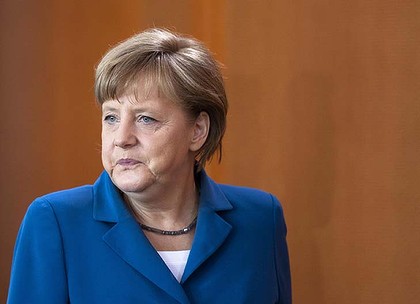 SYDNEY (MarketWatch) -- A late Thursday night meeting of European leaders came up with a plan for a single financial supervisory mechanism for the region to help stabilize markets. European Commission President Herman van Rompuy said that the mechanism will involve the European Central Bank and that there will be the possibility of direct recapitalization for European banks. Financial assistance will be provided by the European Financial Stability Facility until the European Stability Mechanism becomes available, he said at a press conference early Friday. Europe is trying to do what's necessary in order to break the negative cycle for the region, he said.

BRUSSELS (AP) – European leaders have agreed to use the continent's permanent bailout fund to recapitalize struggling banks, and agreed to the idea of a tighter union in the long term.

The bank decision at overnight meetings in Brussels on Friday was aimed at helping Spain, which sought a €100 billion rescue to help its troubled banks and is facing rising borrowing costs.
EU President Herman Van Rompuy called it a "breakthrough that banks can be recapitalized directly."
He said leaders of the 17-nation eurozone also agreed to a joint banking supervisory body.
He said the leaders of the full 27-member European Union agreed to a general long-term plan for a tighter budgetary and political union.

Euro zone leaders agreed Friday to a series of long-debated measures they hope will calm market pressure on Spain and Italy , including pledging to eventually allow direct recapitalization of euro-zone banks and opening access to the region's rescue funds to countries not in bailout programs.

After a summit meeting that dragged into the early morning hours Friday, the leaders also agreed that the region's permanent bailout fund, the European Stability Mechanism, will not have senior creditor status when it takes over the loans granted to Spain for its ailing banks. A senior European official said Spain will eventually be able to take the loans off its sovereign debt balance sheet.
European Council President Herman Van Rompuy said euro-zone banks will be able to directly access the region's permanent bailout mechanism once a single bank supervisor is established. He said the European Commission will soon make a proposal on this plan.
The decisions were immediately welcomed by Italian Prime Minister Mario Monti , who, along with Spanish prime minister Mariano Rajoy , drove a hard bargain during the talks to secure immediate steps to help ease soaring borrowing costs in their countries.
Mr. Monti said the steps taken were very positive for the euro zone and should help to stabilize the region's economy.
Jean-Claude Juncker , head of the Eurogroup of finance ministers, told reporters that "considering the difficulty of the moment and of the discussions, we have managed to send markets a message that - I hope - will convince them."
Meanwhile, German Chancellor Angela Merkel said euro-zone leaders took good short-term decisions and that further work would be needed on long-term solutions.