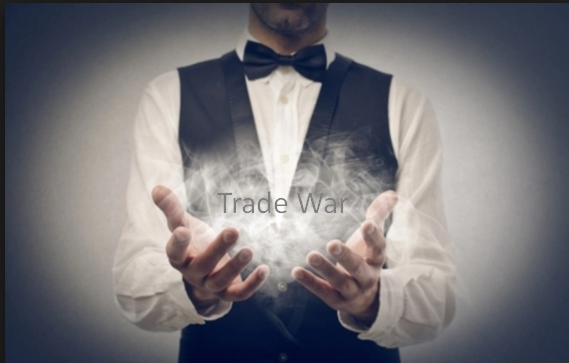 History is going to repeat itself.  It always does.. right?   A nice share last night on Morgan Stanley's current market perspective.

MORGAN STANLEY: “Friday's price action was strikingly similar to what we experienced the last time we had a trade truce on December 1, 2018, at the G-20 meeting .. We expect Friday to mark the near-term highs and the next few weeks/month to resemble what we saw last December ..” pic.twitter.com/vCcGuseeYh

Yes we have another trade 'truce'... but were all the Central Banks depressing the accelerator at the same time last year like they are now?  No.

Was the FED in the midst of its first rate cut cycle since the financial crisis when equities were falling late last year?  No.

Was the FED starting up a new round on QE late last year?  No.

The market was pricing in a tighter FED late last year.  And guess what?  When the market looked out 6+ months and saw a FED cutting interest rates... the market rallied... and then rallied some more.

If the market is looking out 6 months from here and seeing a tighter monetary landscape.. then I agree 100%.  Lower equity prices are on the way.  However I see the EXACT opposite of late last year.  I see a market that is going to be pricing in EASIER financial conditions, brought on by Central Banks hell bent on inflating asset prices.

And why do these calls for collapse from the likes of Hussman continue to get more credence every year he's wrong?

The simple answer is FEAR sells.   Scaring the shit out of people sells.  Being wrong every year means you will be right that one time every 10-15 years when the market finally does collapse.  You then can parlay that 8% success rate into widespread media coverage and frequent guest appearances.

It may not be March 2009 all over again.. but I sure don't think its early December 2018 or 1929, or 1987, or 2000.  It's October 2019.  The Central Banks are back to priming the asset price inflation pumps.  QE is back.  Interest rates are getting cut.  And over the last 10 years, for investors, that means they should be fearing higher stock prices... not imminent market calamity.