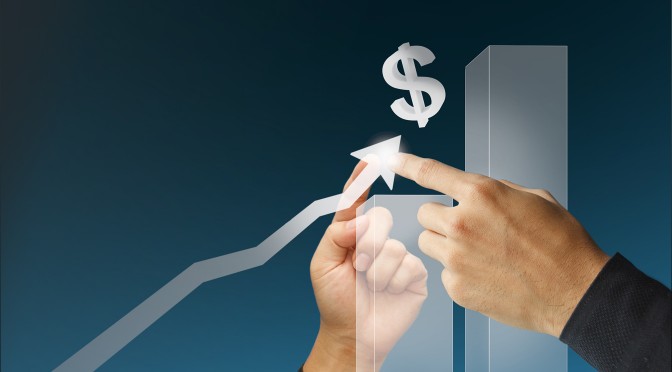 Today the S&P 500 had a range of over 2%, starting out the day up .7%, only to then close down 1.3%. Most, including myself, thought that the incredible AAPL earnings would have given way to a strong session for the broader market. It sure seemed like it would at 11pm last night when the S&P futures were up 1% and the Nasdaq futures were up 1.5%. However, the “sell-the-rip” theme came back into play overnight and throughout the morning. Today’s session tells us a few very important thing about the weeks to come for the broader market.

Before I get into that, I think it is important to note how poor this earning season has been. Yesterday morning, practically every company that reported earnings missed on some key metric and subsequently sold-off. This either tells you that expectations are too high or the economy is not as strong as many think (we will see a fresh GDP print Friday). Many analysts thought that weak earnings would be prevalent in the energy sector but not in others, they were wrong. In fact, every single sector has seen weak earnings (financials, materials, industrials, technology, energy). The key takeaway is that the phenomenal AAPL earnings is not an indicator of the overall earnings strength. AAPL is a very specific and unique story (I am very bullish on AAPL long-term). I think we will continue to see weak earnings in the weeks to come.

Today’s session was a very important one for a few reasons. First, it proved to us that the market is unable to breakout. We had strong AAPL earnings and what I thought was a dovish Fed, yet yields tanked and the market closed at the dead lows. There is simply no buying. The second thing is that the central bank “put” is starting to come out of the market. Last week, we had a very aggressive ECB bond-buying program, and now today we have a Fed that said it will continue to be patient in regards to raising rates. Yet, the S&P 500 is right back at the lows of the recent channel. In my opinion, this tells you that the market is ready to breakdown; it is only a matter of when. What is even worse is that the magnitude of this pullback may be more severe then I thought before, if we break below the 200dma. Why is this? We have spent 2 months in a tight 4% range, building up energy (Bollinger Bands tightening).

Whichever way the market breaks (I believe breakdown), the move will be more exaggerated because of the fact that we built up so much energy. If we get below the 200dma, there will be a lot more selling and we will probably see the VIX get above 25 and then 30. Now, for full disclosure, I currently have on a Feb 20th SPY 191/198/205 put fly for $1.45. I may end up closing this out over the next few days, however, even though I think that we are going to breakdown, I still believe there will be some bounce at the 200dma (however weak). I doubt we just break through it without the bulls giving some sort of fight. I think that we may enter a new range of 195-202 for the next few weeks, before ultimately succumbing to the selling pressure. In addition to my SPY position, I also have a VIX 21 Feb/March Call Calendar for $.55.

How I would Play for continued downside:

Buy a Feb/March SPY $195 Put Calendar for $1.8
I would not be surprised to see the SPY pin around 195 (the 200dma) on Feb expiration. This trade offers a great risk/reward because if SPY ends above 195 (or around 195) you can profit on the short strike, while having also profited on the long strike. Then, you can spread the March puts to continue to lower your risk. This trade works for those who believe the market will slowly move down. If you believe the market is above to breakdown immediately, and the correction is imminent then buying a put/vertical put spread is smartest.

Sell a SPY Feb $200/$202 Call spread for $1
The IV is very high now for SPY and it is smarter to sell call spreads then play puts, unless you think you can get more than a double out of the puts. This may not be the most exciting play but may end up being the smartest (if there is not a sharp move lower). The Feb 200 puts are currently $4! This means to double your money you would need a move down to 192. At this point, butterflies make a lot of sense as they offer a much better risk reward than outright puts (unless you are trading SPY for quick flips). 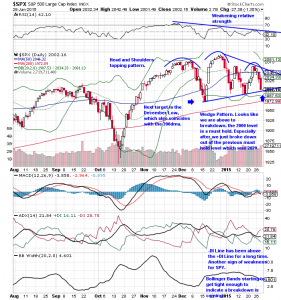 3 thoughts on “Is the Real Breakdown Coming, or is this Another Fake-out?”