Yesterday was another spastic session, with prices spiking and dropping in dramatic fashion.  Despite all the recent market swings - there is still some signs that the record 2016 sell-ff has come to an end.... for now.

The $SPY has moved back over long term support.  Also it is giving a buy signal that has, in previous signals, resulted in a swift move to the upside for the stock market.   For you bears out there the pattern from the late December highs is looking like a flag of the bear variety.  It makes sense from a bullish perspective not to get too excited yet.  But I think the odds of at least a short term reversal to the upside are greater than a collapse to fresh lows in the coming weeks.

Despite the wild intra-day swings, prices are consolidating after their move from the lows of last week. 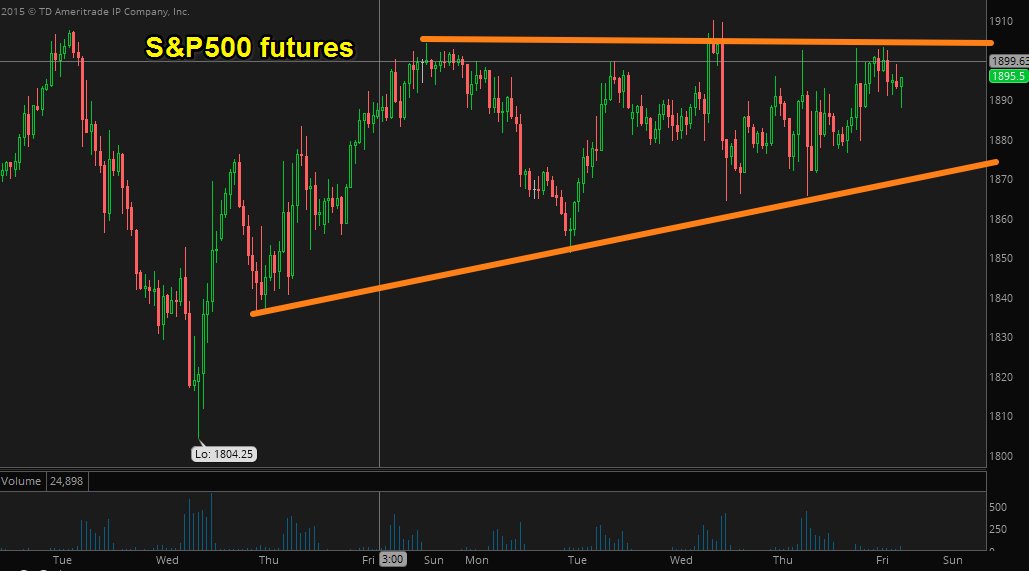 $IWM on the other hand looks terrible under $100.  Remember when it came back to kiss key $120 in December before collapsing?  Is it doing the same thing here with $100?  The pattern also looks like a bear flag, and considering it has formed under long term support and key $100 level, this is very bearish.

and finally none of this matters if we don't talk about crude.

The reason the stock market is trading off its 2016 lows is because crude oil has stopped crashing.  Not only that it has embarked upon a rally.  If this rally continues, the stock market should also find continued relief.

Higher prices will take the pressure of some of the energy firms and their debt, which will also take some of the selling pressure we've seen recently with the Banks.

Good ole $JPM and $GS both look ripe for a rally in the short term.

The opening bell is soon to ring.  I am looking for some quick, 'cheap' calls on $AMZN.

We used to see Amazon crash after earnings only to see that crash turn into gains later that night.  This time around the bounce has yet to come to fruition, giving a great set-up for a Friday buy the dip.

Let's see how it works out.

See you in the chat room and have a great end to the week.