And just like that... all the losses from Corona Plunge on  the NASDAQ are gone.  The most rapid 50 day rally in the history of the stock market.

And that came after the market made the most furious drop in history.   An event like the shutting down of the Entire Global Economy for the better part of two months... you would think it would be an Emperor in no clothes moment.

The corporations that were on the brink despite record low unemployment and a record high stock market... well two months of no revenue would probably put the nail in the coffin for them right?

Have no fear... the FED is here.. with their unlimited credit card and assortment of 3 and 4 letter programs.....

The FED stepped in an did what no other FED has done before... pledged to buy ETFs... these of the junk bond variety... among other things.

Those who got shook out of the market as it plunged in March, have been watching it slowly grind higher, despite a multitude of reasons to sell.  And as I have said previously..  all the price action of the market looks a lot clearer in the rear view mirror.... meaning months from now this historic rally will make a lot more sense.  And it already is, as the economy comes back online and the Virus slows.. we are coming back into that new normal.

Where are we on this stock market rally?  If it were a basketball game the market was down 40 points  in the second quarter.  Fans were leaving the arena (obviously a basketball game pre-Pandemic or a Knicks game)  and all looked lost.  Suddenly the team went on an amazing run.  Cutting a 40 pount deficit into a tie!!!!

All those FANS that left in the second quarter are back at the entry gates to the arena begging security to let them back in!!

That's where we are.  You can feel it.  And I highlighted the recent beach ball like action.  This market will not drown.

And just when all the security guards let those fans back in... the team will fall back down again.. maybe even double digits.... and those same bandwagon jumpers will start to leave the arena... only to see their team storm back and TAKE THE LEAD!!!

Since 2009  TEAM FED has been winning.  They may not win every game.. but they will most of the time.

Yesterdays perfect tap of the $QQQ highs and subsequent rejection was quite a sight to behold.

$QQQ back to the all time record high to the penny.... pic.twitter.com/H9AltYVktb 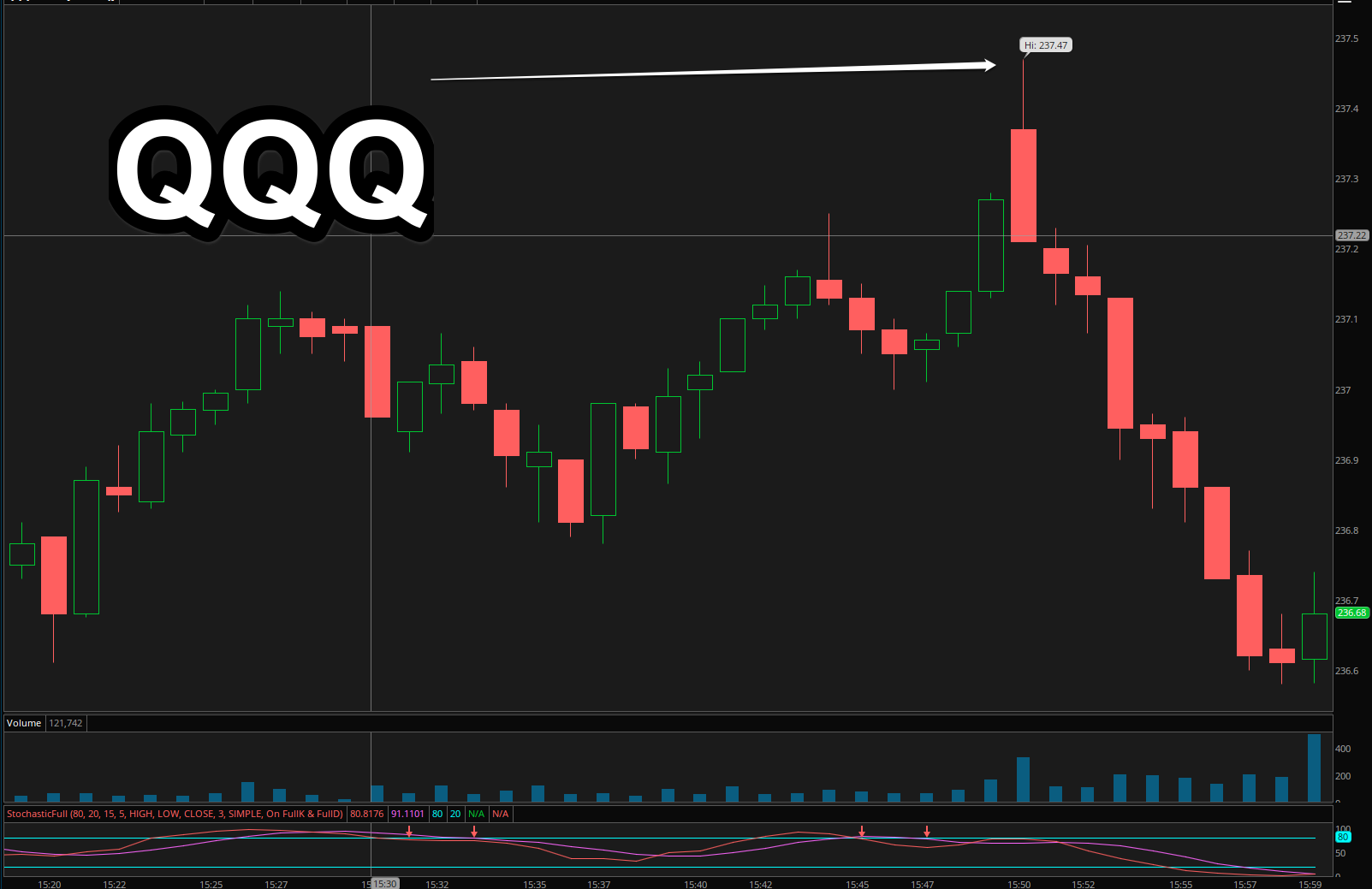 Not just because the market came back to its highs to the penny, not just the reversal once it tapped those record highs... but for the fact that it took a little over 2 months to recover one of the ugliest  sell offs we have ever seen and may ever see again.

Never count this market out!!! never!!

Now if we could only get Jerome Powell as next Coach of the New York Knicks.......